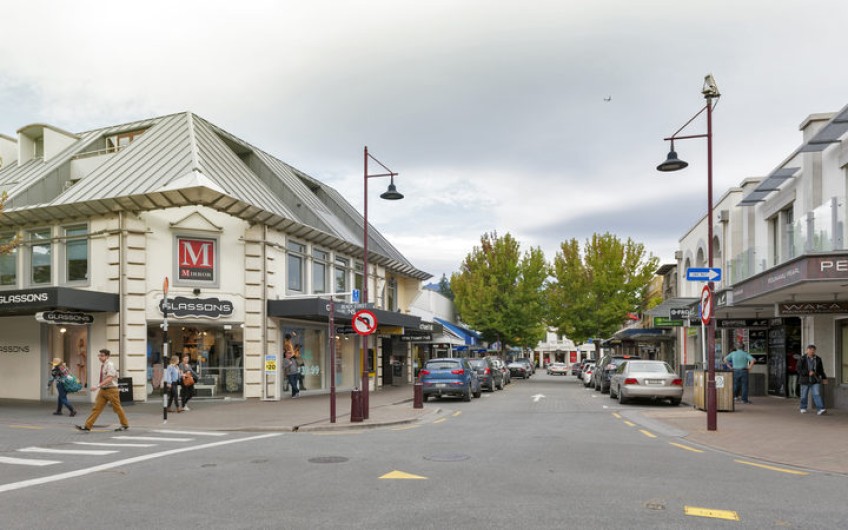 A Queenstown business owner was shocked to receive an email delighting in the struggles the town is facing.

"Well well well, we hear you are doing a bit of a freeze down there in Queenstown, and Brrrrrr winter is coming and it will even be colder," the email said.

"But you will be pleased to know that up here in Auckland business is booming.

"We can call this Karma, call it what you want, but we have absolutly [sic] no mercy for you whatsoever.

"You have had it too good for too long, charging exhorbitant prices with huge mark-ups, $$$$ fleecing all the unsupecting overseas tourists.

"Now the Gravy Train has stopped... and hopefully it will stay this way for many years to come. Oh ha ha ha ha ha"

The email's sender, apparently named Nancy, bemoaned the fact she had been charged $8 for a cup of coffee last time she was in Queenstown.

"Each time we read about another Queenstown Business going belly-up we pop the cork and open another bottle of Champagne. So hang in there as long as you can because this virus aint going anytime soon," the email finished.

Earlier this month, RNZ reported on a stream of vitriol directed at the previously booming tourist town.

Angel Divine owner Deirdre Ussher said it was the first negative outburst she had received since taking over the business in September.

"My manager got the email . . . and she came out and said 'You've got to come read this email now'. I went out and read it and I was kind of waiting for the punchline - like it was a joke," Ussher said.

"I got to the end and thought this is insane, who sends this?

"We immediately looked into whether there was any link to the store or whether it was a customer, but we don't believe it is a customer. We believe she's just found us and followed a link to a store in Queenstown."

She had been further shocked, after speaking to other local businesses, to find they had similar invective directed at them.

"I just can't believe anyone feels like that, like anyone feels that they pop open a champagne when they hear a business is going belly up. Those words come from a place I just don't even understand.

The assessment of the business as failing also could not be further from the truth.

"Ours is actually going really well. We have had a huge amount of support from Auckland people and all around the country. It's been an incredible time for me taking on the store in September after Covid wondering what the next few months what will lie ahead, it's been an incredibly positive time because we've had so many new people come in," she said.

She understood not every business was doing as well and hoped if people had anything to direct at them it would be kindness.

Ussher spent her time between Canterbury and Queenstown, but had regularly visited Queenstown since the 90s and thought the idea of its being overpriced were overplayed.

"I think she must've got an extra tall grande from Starbucks or something for it to cost $8," Ussher said, referencing Nancy's complaint about coffee prices.

"I tried to get a coffee in Christchurch the other day and couldn't get one as good as in Queenstown and they were the same price. We stock New Zealand designers and we have to be the same price here as anywhere else in New Zealand. We can't mark up our prices."

Living in and visiting Queenstown was a privilege because it was "the most amazing place", she said.

In response to Nancy's email the store offered a 15 percent discount using the code NANCY15, they even alerted the sender to the discount if they wanted to shop for themselves.

However, Ussher suspected they would not hear back from her.