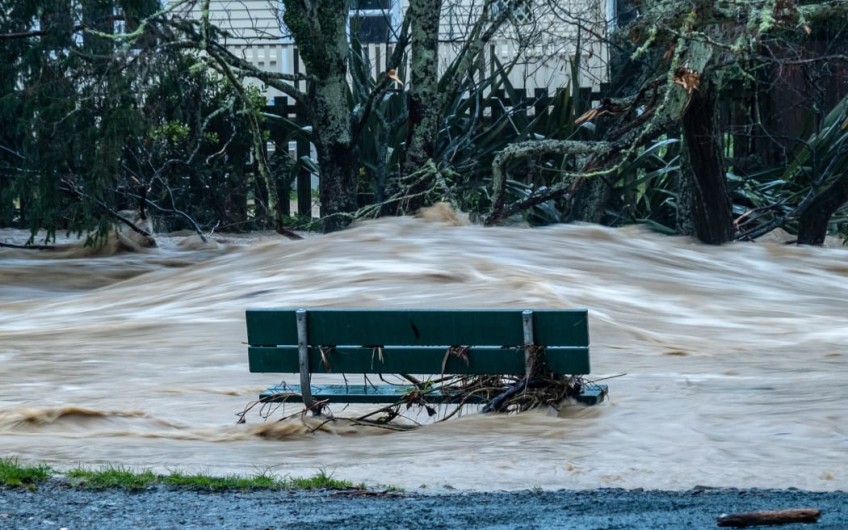 Last week's rain was intense and there'll be more to come

Last week's 'atmospheric river', which was responsible for widespread devastation around the country, was a record breaking event, NIWA meteorologists say.

Atmospheric rivers (ARs) are massive plumes of moisture that move from the tropics to the mid-latitudes - and the last week's was New Zealand's strongest ever for August since records began in 1959.

NIWA meteorologist Ben Noll said it was also the second strongest for winter as a whole, only beaten by one that it the country in July 1988.

It caused widespread flooding and devastating slips and was also responsible for a one in 120 year rainfall event in Nelson, as well as bringing one third of Tākaka's annual rainfall in three days.

ARs are measured by integrated water vapour transport (IVT) values, which have been ranked around New Zealand for every hour since 1959.

The IVT indicates an AR's magnitude by calculating the amount and flow of moisture in the atmosphere, both of which are crucial to the occurrence of heavy rainfall.

"ARs are a normal feature of New Zealand's climate. However, this analysis demonstrates that the flood-inducing AR was extremely unusual for the time of year, being both long-lasting and very moisture-laden," he said.

"Atmospheric moisture was the highest it's ever been in August's climate data, going back to 1959,"

It was unusual, as New Zealand usually sees its moistest AR events in summer, not winter - with August usually recording the annual minimum for regional water vapour content.

"It was a perfect storm of climate drivers that contributed to this AR, including La Niña, a negative Indian Ocean Dipole, warmer than average sea water in the Southwest Pacific, and a subsequent synoptic (weather) set up that fostered a long-lived atmospheric river, including a blocking high pressure system to our east," Noll said.

Climate scientist Peter Gibson said climate change could have an impact on the future strength of ARs and their resulting weather impacts.

"A warmer atmosphere can hold more water vapour, so it's likely that New Zealand will see more intense ARs as climate change continues. The challenging part will be figuring out precisely which locations will see the biggest increases.

"Other elements that impact their occurrence and strength include blocking areas of high pressure to the east of the country, which can lock an AR in place for several days.

"Extreme precipitation from ARs is already being enhanced by climate change in New Zealand. Research is ongoing at NIWA to understand how these conditions may change in the future."