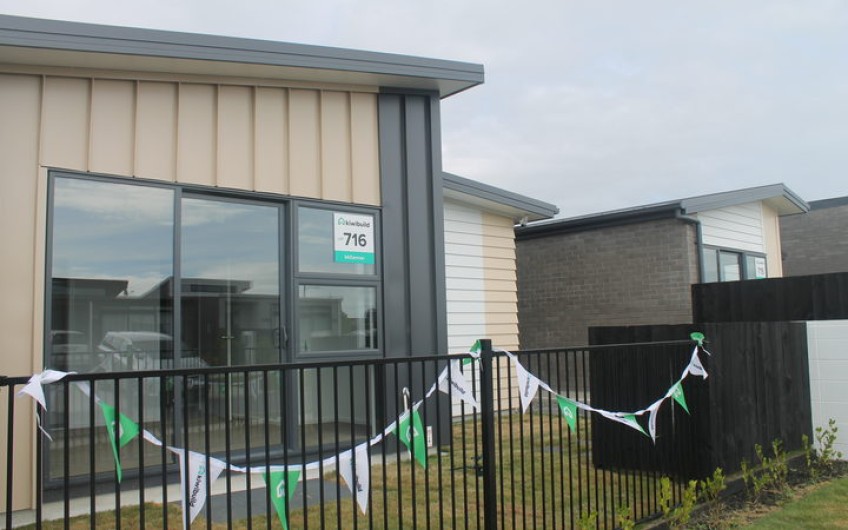 Figures released to RNZ reveal that so far 10,355 KiwiBuild properties have been confirmed within the 10-year target.

The Ministry of Housing and Urban Development said that would swell as the ink dried on more contracts, but industry insiders were sceptical.

The government scrapped its year-on-year KiwiBuild targets when it became clear it would fall well short of meeting these.

KiwiBuild's 10-year goal remained at 100,000 houses - but so far, it had contracted just over a tenth of that.

A property development manager said that figure was no surprise.

Nigel Mckenna from Development Advisory Services said getting 90,000 more completed would be a hard ask.

"There are capacity constraints everywhere - infrastructure, land, resources, and finance, which ultimately mean it's a tough target... I think the target will, ultimately over time, be revised downwards slightly."

Housing and Urban Development Minister Phil Twyford, who is Australia, said in a statement the contracts so far were a great start to the programme.

"However, we are only eight months into a 10-year programme and have lots of work to do. Thousands more homes are currently being negotiated," he said.

"The government is beavering away behind the scenes to improve the KiwiBuild programme for both first home buyers and developers, and we'll have more to say on this soon."

He also noted a major partnership announced last week with Mike Greer homes, and the appointment of property developer Helen O'Sullivan to lead negotiations with builders.

National's housing spokesperson Judith Collins said the progress so far did not bode well for the 10-year goal.

But she said the real problem was people did not want Housing Minister Phil Twyford's KiwiBuild houses - with fewer than half of the 62 completed units sold so far.

"He's promised big, he didn't quite work out how he was going to do it, and now he's got a situation where it doesn't matter how many developers he signs up to build houses for him, he's got no guarantee people want to buy what he's building."

Numbers aside, KiwiBuild has had a rough run thus far.

The government pinned his departure on staff complaints against him, but Mr Barclay said he was just doing what was needed to reach the highly-ambitious targets.

"The government's going to have a really hard time selling these houses, because they're limiting their buying pool so much."

Mr Horncastle said there were not enough first-home buyers for 100,000 homes.

The Property Council admitted 100,000 was a bold target.

But its chief executive Leonie Freeman said 10,000 confirmed builds was a good start, and it was likely to snowball.

"Some of those initial goals of 1000 in 12 months might have been a bit unrealistic," she said.

"But we need to see it as a great big funnel and as we resolve a lot of the barriers and the blockages, these numbers will scale up."

Officials from the Housing and Urban Development Ministry, in which KiwiBuild sat, had met with the Mr Twyford at least 14 times since last October.

However, his office said no formal notes were taken at any of these meetings.

A spokesperson for the KiwiBuild unit said thousands more homes were being contracted at the moment and the numbers would continually increase - especially towards the end of the 10-year programme.