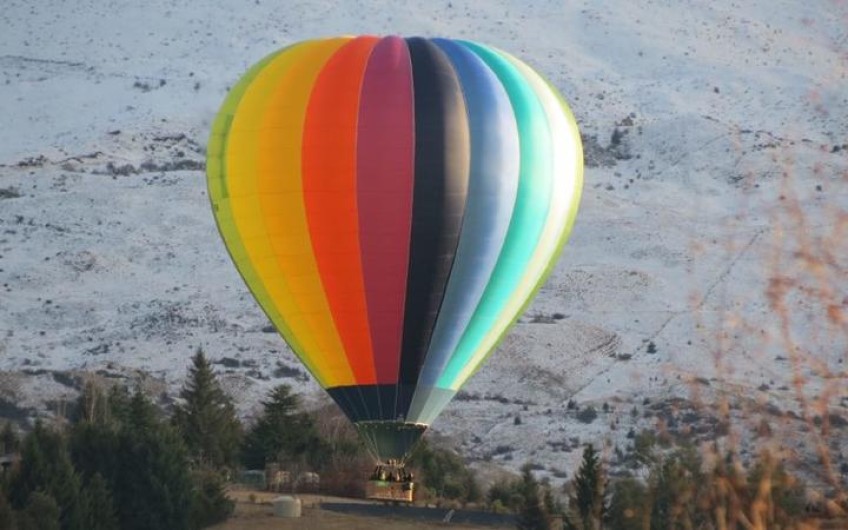 Transport accident investigators will today be examining the wreckage of a hot-air balloon and talking to witnesses, after yesterday's crash near Arrowtown.

Eleven people were injured when the balloon crashed into a low bank after it was caught in a wind gust as it came in to land just before 10am.

Two people suffered serious internal injuries and this morning were in Dunedin Hospital in a serious but stable condition.

The nine others - including the balloon's pilot - were treated for bruises and fractures at the nearby Lakes District Hospital and have been discharged.

Transport Accident Investigation Commission spokesperson Simon Pleasants said investigators would piece together all the variables that were at play when the accident happened.

"The investigation team will be on site in and around Queenstown and Arrowtown over the next three days at least, and they'll visit several other locations over the course of the investigation.

"They will be gathering evidence - at this stage it's quite broad for the first several months of an investigation. They will be talking to all the people involved that they can find, they'll be looking to speak to eye witnesses."

The team would also look at the history, previous inspections and design of the balloon, and air-traffic control and weather factors.

The company involved, Sunrise Balloons, said it has been operating in the Queenstown Lakes area for 23 years without incident.

It said the balloon was caught by a sudden wind gust and hit a low bank as it came into land at the end of an hour-long flight.

The balloon's pilot Carrick McLellan was among those taken to hospital with minor injuries, and released.

Sunrise Balloon's owner and chief pilot - and father of Carrick, Hugh McLellan has said he was deeply upset by the crash, and the company was cooperating with the authorities.

It would also carry out its own internal investigation.