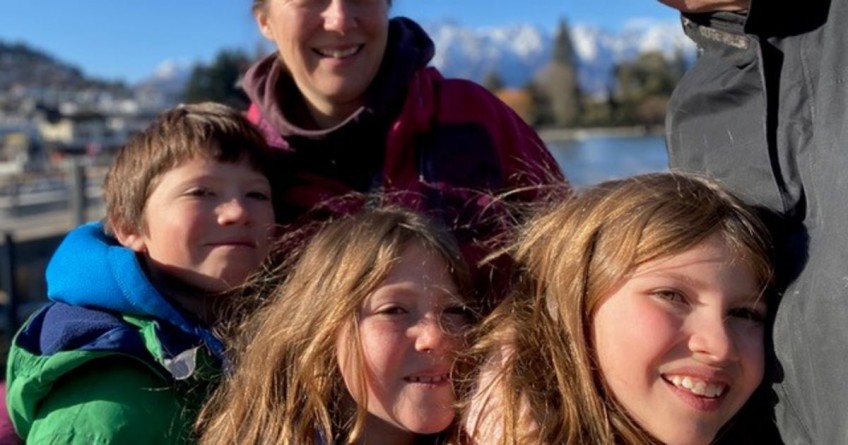 Two senior hospital doctors who cannot get residence through the immigration Green List are now thinking twice about their move to New Zealand, saying the process is a nightmare.

The couple - a cardiologist and a haematologist - say it looks like their family of five will not get approval until 2024, which means they cannot buy a house and settle down.

Their specialisms as an interventional cardiologist and haematologist do not qualify them for the Green List - and the family-of-five may have to return to the UK.

Sarah Hartley is a consultant haematologist who got a critical work visa to come to Tauranga Hospital at the height of the Covid-19 pandemic.

With her cardiologist husband Rob McIntosh, she is waiting in what was meant to be a year-long queue under the 2021 fast-track residence.

That changed to an 18-month target, but Dr McIntosh said the current processing speeds would push out their likely residence date to 2024.

"At their peak, they were they were processing about 570-odd people a day and approving visas at that rate, and over the recent weeks, that's been progressively dropping. Now they're only processing 235 applicants a day. And there are 102,000 people left in the waiting list, if you sort of do the maths and assuming we're at the back of the queue and assuming they stay at their current rate and it doesn't drop any further we're looking at a 22-month delay."

Immigration was processing residence by expiry date of applicants' temporary visas, and as the couple had only just received new work visas when they applied for residence in March, they think they are at the back of the queue. 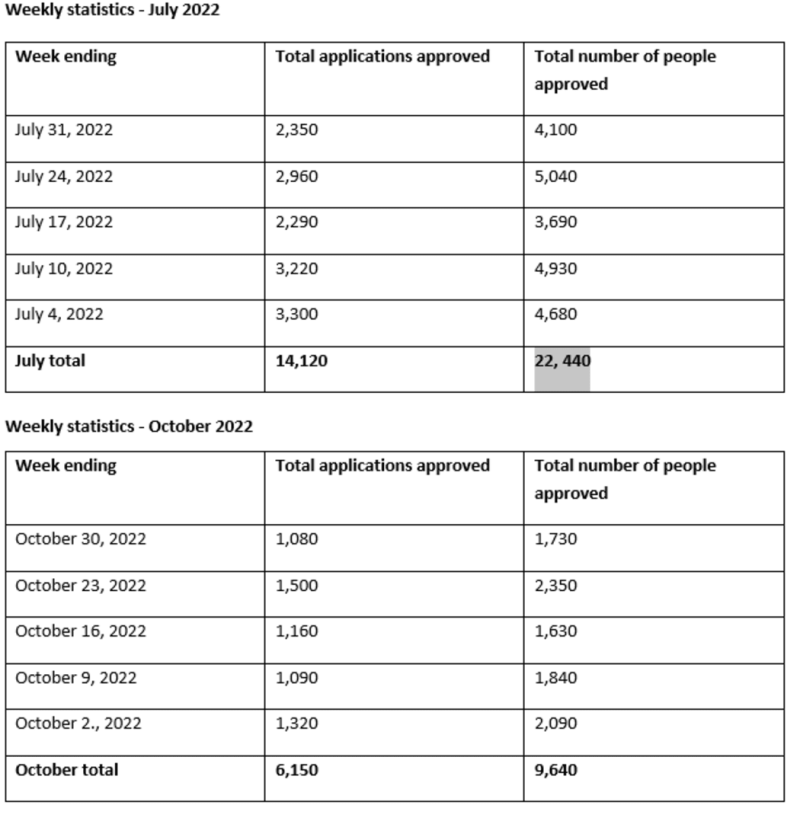 With more than 100,000 people still waiting, Dr McIntosh calculates it will take another 14 months to get them all finished.

The Tauranga hospital consultants cannot buy a house without residence, nor settle their three children, 10-year-old Alex and eight-year-old twins Iona and Abigail, into their permanent schools.

"We feel that we made a very big financial commitment to come across to New Zealand, we spent tens of thousands making the journey, we brought our three children. We've had to sell our UK belongings to come and now been renting since we've been here.

"That's why we raised this issue. The delays look like they're really very significant, we are paying a financial and personal penalty for that, and being made to feel quite unwelcome having made a considerable decision and trip over here."

Hospital colleagues were amazing, and their jobs were good, but the immigration quagmire was making them feel unwelcome, he said.

"I feel personally that I'm unable to encourage others to come. We would like to be able to advocate for New Zealand as a place to come and move as a healthcare professional and to take up roles in the health service. It's a good place to work. There are a lot of similarities between where we've come from and the New Zealand healthcare service, so it would be a very attractive place to come in many ways, but we don't feel that way at the moment because of this process, which I think is just a bureaucratic nightmare."

He could not understand criteria that excludes specialists and nurses from the Green List.

"When you look at the people they've excluded you just wonder why. Some of the rare sub-specialties, you know, the cancer doctors, the oncologists, the chest physicians, the cardiologists, the gastroenterologists, respiratory, renal, all of these people haven't made that list and I think even more significantly, nursing staff, we are 4000 nurses short in this country.

"They are not inviting them, they're not being inviting - they're being discouraging, which I am surprised by and I can't really understand it. It's confounding."

Dutch builder Johannes Nijhuis came to New Zealand before the pandemic, with the closed border stopping his wife and children joining him since.

Their residence 2021 hold-up has been caused by a backlog of New Zealand police checks.

"We just don't know yet when when we're going to get the residency and when I can see my family again. Now I've contacted Immigration about this issue and asked them 'can you maybe prioritise my application?' Because you know, we are a split family. Even my employer has requested them to prioritise our application because he can just see that it's just very emotional for us.

"After three years, Immigration can only say, well, on your visa you can can go home now. So what's the problem? The problem is that I need to earn money for my family. And to go back to see them for three weeks and leave my family again, and not know when I will see them again - it will even upset my children more. It's not right. It's just not the right way of doing things."

He was on hold for the call centre for four and a half hours on Friday before being disconnected.

"Everyone here in New Zealand is celebrating a beautiful time [at Christmas] with family and friends together and maybe it's not even for the religion but just being together and summer's coming up, beautiful days and that's the season that we really enjoy. We were looking forward to go to the beach with my children, go camping. I had got everything sorted."

The long separation from his Indonesian wife and two sons has taken a huge toll on them all.

"If I go home for three weeks and I have to leave my children again, it will just devastate them. And I see the damage that has done already to my children. The most important thing is now to get reunited, and just stay together."

Border and visa operations general manager Nicola Hogg said it was well on track to process the vast majority of 2021 residence applications by June 2023.

"We are committed to processing all applications as quickly as possible and we understand the difficult situation some families find themselves in, particularly those like Mr Nijhuis who are currently separated from their family and want to be able to reunite for the Christmas holidays.

"In October 2022, we made changes so that 2021 Resident Visa applicants who are currently on an interim visa while they await the outcome of their application can now request the grant of a visa to allow them to travel overseas, which is particularly important during the upcoming holiday season.

"We are currently looking at options to see how we might give priority to 2021 Resident Visa applications involving separated families, as we acknowledge the difficult position some of our customers, like Mr Nijhuis, are in, and we understand his desire to be reunited with his family."

INZ was working with police to get through checks completed as quickly as possible, she said.

"Unfortunately, due to the high volume of applications and NZ Police checks needed at the moment, these are taking longer than usual to complete, and we apologise for that. Once the NZ Police checks for Mr Nijhuis and his family have been completed, we expect his application will move through the remaining processing stages reasonably quickly as Mr Nijhuis has already provided all the other information needed for assessment.

"At this point, when Mr Nijhuis' application has moved to the assessment stage, he could request priority allocation based on his or his family's personal circumstances."