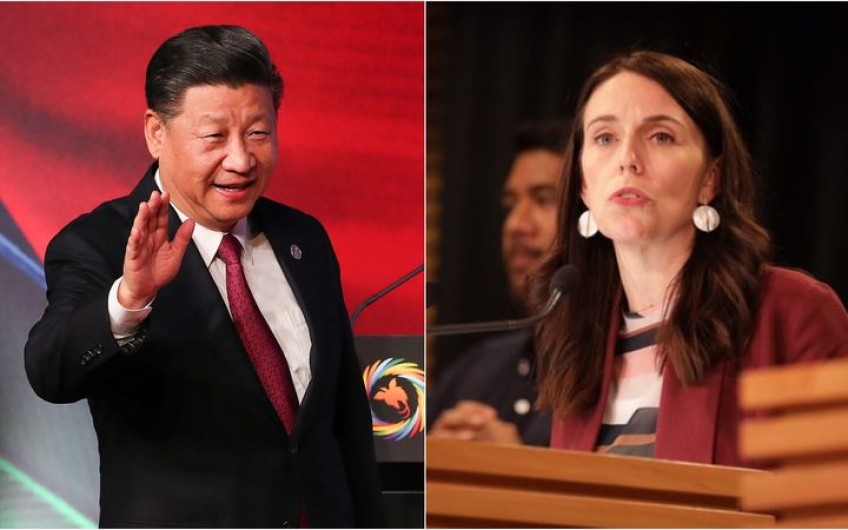 It's been a long time coming but the prime minister has arrived in Beijing for whirlwind meetings with the most senior figures in the Chinese administration.

And there's a lot to talk about.

Huawei, trade, cyber security and regional defence and security are just some of the delicate issues Jacinda Ardern is likely to broach with Premier Li Keqiang and President Xi Jinping.

The stakes are high as New Zealand looks to put to rest any speculation about the state of its relationship with a key trading partner and a global power player.

The timing of the visit is not ideal, coming just weeks after the horrific shootings in Christchurch, but the importance of the relationship is underscored by the fact Ms Ardern has chosen to go ahead, albeit with a lot shorter trip than originally planned.

"China is a friend", said Ms Ardern - speaking before she left New Zealand. "And despite our different perspectives, on some issues, our relationship, I believe, it is a mature and resilient one."

That relationship is being tested, not the least by Spark's bid to use the Chinese telecommunications firm Huawei in the roll-out of its 5G network. Its first proposal was rejected by the electronic spy agency, the GCSB, citing security concerns. Spark and the GCSB are in "ongoing discussions" but the telecoms company has not yet gone back with a revised plan.

There is still the possibility it could end up in the hands of Minister in charge of the Government Communications Security Bureau and New Zealand Security Intelligence Service Andrew Little for a final decision.

This is as much about politics as it is about technology, with New Zealand keen to avoid getting caught up in the battle of the giants, China and the United States. Bullish comments have come out of the US about Huawei, alongside veiled threats against any country that allows the company into its national systems.

In an effort to neutralise any backlash from China if New Zealand ultimately does reject the Spark bid, Ms Ardern said it would be raised as she recognised it as an "important issue" for China.

"Our legislation... is deliberately neutral, and it does not support or discriminate against country or company.

"And those two important points that I will take the opportunity to make, that our regulation sits also in its process, predominantly at arm's length and I'll also set out exactly the point in the process, which Spark and the vendor of Huawei currently sit in New Zealand."

The chair of the New Zealand China Council, Sir Don McKinnon, said there was a lot of warmth in the relationship.

"But like any relationship from time to time, you have a little bumps in the road... but none sufficient to derail anything in particular."

The symbolism of Ms Ardern standing next to the president and premier was very important, he said.

"That sends enormously positive messages to all watching the nature of this relationship, and those that might have thought, well, the Huawei issue or the defence issue is pretty big.

"When they see those pictures say they then came to realise that the substantial relationship is what is the dominant factor."

While China is a "friend", New Zealand is also keeping a wary eye on its actions in the Pacific and the broader region; the exertion of soft power through aid and development money and loans, and its expansionist military approach.

Under the heading "An increasingly confident China" New Zealand's 2018 Strategic Defence Policy talks about that country using a "broad set of levers in pursuit of its own external interests".

"Notably" it goes on to describe China's creation and extension of artificial island features in the South China sea, on which it has built bases, providing China with the "ability to quickly deploy a range of additional capabilities in and around key international shipping lanes".

New Zealand has maintained a neutral, if subtly pointed, position Ms Ardern said would not change.

"We want to see all territorial issues in the region resolved peacefully and in accordance with international law, that's been our consistent position."

On broader defence and foreign policy she said there had been "changes in approach" from China over a number of years.

Before her time China's foreign policy was "less engaged" than it was now.

"That of course doesn't mean that there isn't a constructive relationship still to be built, even if the foreign policy posture has changed", said Ms Ardern.

"They are more outward facing, but so are we."

It was about finding areas of mutual interest, she said, including "upholding for international rules based order" and having a "predictability" about the institutions both China and New Zealand engage with.

The free trade deal between New Zealand and China was signed in Beijing in 2008; more than 10 years later talks to upgrade the deal are well underway, with a seventh round of negotiations being arranged at the moment. The 2008 FTA has trebled two-way trade from about $8 billion a year, to more than $28 billion.

The upgrade talks are about removing both tariff and non-tariff barriers for key export industries including e-commerce and agriculture and re-examining some of the trade rules.

Under the original deal dairy tariffs will be completely removed for most products by 2022, and milk powder by 2025, so it's unlikely New Zealand negotiators would be looking to trade away too many other potential benefits, even if the dairy tariff removals are still some years away.

One industry looking for gains is forest owners, who are pushing for lower tariffs on processed wood products.

David Rhodes, chief executive of the Forest Owners' Association, said their "big prize" would be having the tariff differential between raw and processed wood products removed.

Former trade negotiator Charles Finny questioned the benefit of even persisting with the upgrade negotiations.

"There's nothing big that China wants that we can give.... I think that China is probably going to be wanting some concessions from us in terms of more open immigration rules, right to work, and also investment, and we've tightened them in both spaces."

Of more concern, said Mr Finny, was the trade deal being hammered out between the US and China. "Because it looks to me, that China's just going to buy more of some products from the United States.

"And it's possible that some of those products are products that we export... so I'm watching this very closely."