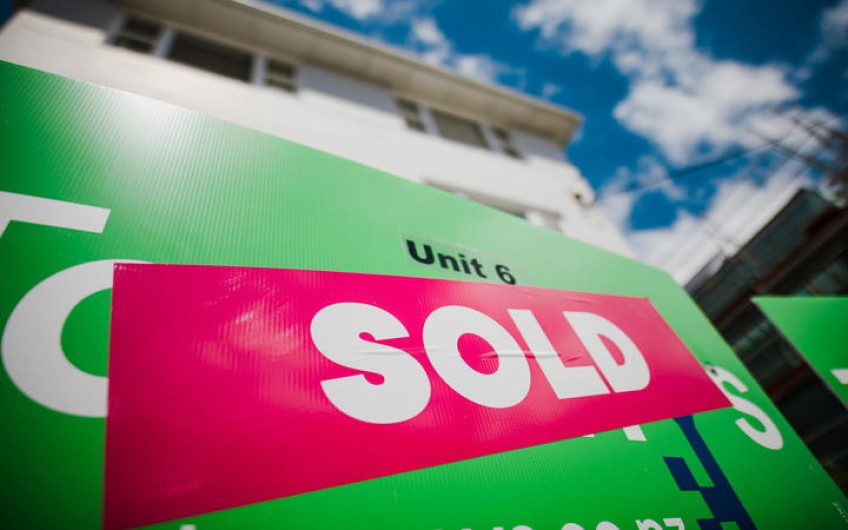 House prices increased 21% in the last year, despite action to slow growth

The government and Reserve Bank's efforts to slow house price growth are yet to have an impact.

The latest QV House Price Index data shows the market hit a new high in April, with the average national value up 8.9 percent over the previous three-month period. 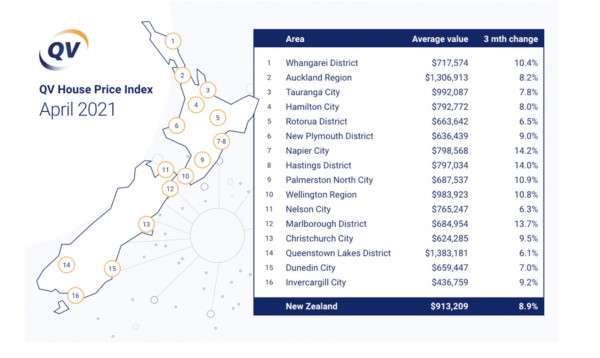 Queenstown Lakes is still the country's most expensive housing

"And while less properties may be selling under the hammer, the majority are still being sold at prices that are at least as strong as before the tax announcements were made at the end of March."

It would take a couple more months to see whether the recent tax changes were having an impact on sales, Nagel said.

"But there's certainly an expectation that we'll see at least a slowdown in the rate of value growth, with potentially less investors and maybe a few more first-home buyers entering the market over the coming months."

The average value in the Auckland region rose 8.2 percent to $1.3 million in three months to April, over the previous quarter, with annual growth of 19 percent.

Of the 16 major urban centres, all except Napier City and Queenstown Lakes District were showing an increase in quarterly growth.

There had been strong growth in the regions as well with Wairoa topping the list of provincial centres in the North Island with prices rising by an average of 21.8 percent over the last three months.

In the South Island, Buller leads all provincial centres with house prices rising 16.6 percent this quarter. Marlborough and Grey District were not far behind with average house price rises of 13.7 percent and 13.1 percent respectively.

Nagel said changes aimed aimed at curbing investor activity in the housing market would come through in the June quarter figures.

He expected prices to continue to rise, but at a slower rate.

"The fundamentals of the market are still very strong. We've got record low interest rates, we've got a real shortage of stock, there's been a lot of listings but the demand is just so strong they've been snapped up like hotcakes."

There was anecdotal evidence of a drop off in attendance at open homes, fewer investors and first home buyers were at auctions.

"That might indicate that there's a bit of a wait-and-see approach for first-home buyers."

While there may be a softening in the market, prices would not fall, he said.