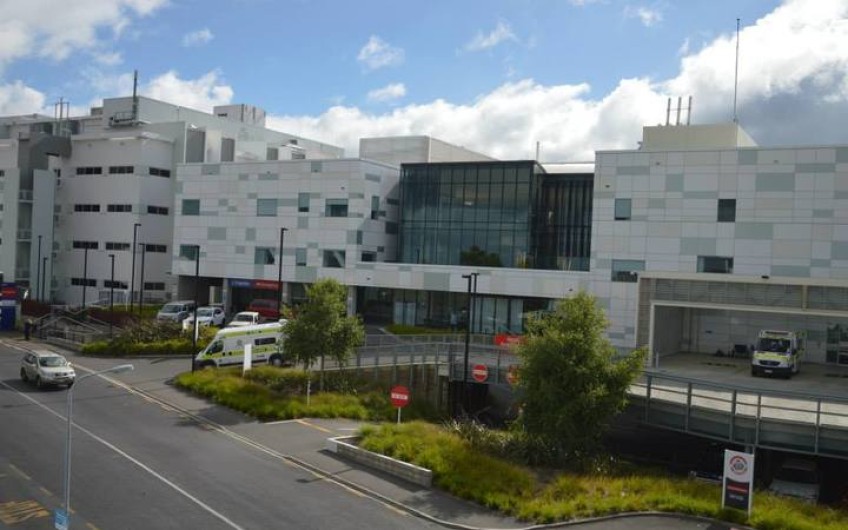 Health Minister David Clark says a Commissioner is needed to lead the "significant changes" required at the Waikato DHB.

He said nine of the 11 board members offered to resign.

"I think that reflects the seriousness of the challenges they have been dealing with.

"While I thank board members for their service, installing a Commissioner is a necessary step towards addressing the DHB's deteriorating financial position, lack of strong governance, and ongoing performance issues with clinical services," he said.

Dr Clark said the financial performance of the DHB had sharply deteriorated.

"Despite the efforts by the Crown Monitor there has been limited progress due to instability at a governance level. The ongoing performance issues with clinical services are concerning - as is the DHB's inability to recruit a permanent chief executive," Dr Clark said.

Last month Dr Clark told the board he was "seriously dissatisfied" with its performance and increasingly worried about its growing deficit and instability.

On governance, the DHB is not managing some basics - like getting patients seen in the Emergency Department within the six-hour time frame expected - contributing to dysfunctional relationships with a couple of other hospitals in the DHB's own region.

Board decisions have also reportedly reached the media while the board is still meeting. Senior doctors are worried decisions are not being made, and some GPs are also unhappy.

A members-only meeting of the board met later in April to discuss the future of the board.

Waikato DHB chair Sally Webb supported the decision to sack the board and appoint a commissioner. In April she told Checkpoint the board had failed to provide focused leadership.

"I believe that it's my role as chair to be able to assure the minister that I can provide focused leadership for the organisation and I've been unable to do that. So yes, I guess we would call it game over," Ms Web said.

"I've talked to the ... minister about the advantages of having a commissioner, yes. And personally I believe the appointment of a commissioner is the right move to ensure that Waikato District Health Board has the trusted, focused leadership it needs to address the challenges it faces," she said.

One member of the ousted DHB, Maryanne Gill, said it was unfair to single Waikato out because the system was at fault, not an individual board.

Ms Gill acknowledged she was not particularly proud of the financial performance of the DHB, but said the problem was much wider.

"You could look at any DHB across the country, there is actually a system-wide problem that the minister and this government needs to look at as far as funding of health is concerned.

"One of the things that disappoints me about his release today is that he hasn't mentioned the system and the system is what's delivering these poor results."

Maryanne Gill said the health system in this country was broken.

However, the union representing senior doctors believes medical staff will be pleased by the decision to replace the board with a commissioner.

Ian Powell from the Association of Salaried Medical Specialists says it was clear the Waikato DHB wasn't functioning well, and that feeding through to management, which was making the life of health professionals more difficult.

"I think generally speaking they'll be relieved, pleased, and hoping that this will be a circuit breaker looking ahead to turn Waikato DHB around."

Timeline of events at Waikato DHB: July 2015: The government announces an inspection of the DHB's mental health services after two serious incidents. 5 October 2017: Waikato DHB's chief executive Nigel Murray resigns following investigation into allegations of overspending. An independent inquiry found Dr Murray spent more than the agreed $25,000 allocated for relocation costs. The inquiry also revealed other unauthorised expenses involving potential financial breaches of his obligations 6 October 2017: District Health Board chair Bob Simcock is pressured to step down after senior doctors were revealed to have expressed their concern about Dr Murray's autocratic leadership style before he was appointed. 3 November 2017: Documents released by the DHB show Nigel Murray racked up a $218,000 expenses bill during his time there. The Ministry of Health announces it has asked the State Services Commission to investigate the spending. Bob Simcock refuses to resign over Dr Murray's excessive spending under his watch. 21 November 2017: Former Labour MP [https://www.radionz.co.nz/news/national/344377/former-mp-warned-health-board-over-ceo Sue Moroney reveals she warned DHB chair Bob Simcock about Nigel Murray before he was hired. 28 November 2017: The Serious Fraud Office confirms it is looking into expenses at the Waikato District Health Board. Bob Simcock resigns as chair and as a DHB member. 1 December 2017: The Auditor-General is asked to inquire into a app being developed at the Waikato District Health Board. 7 December 2017: The DHB fails to meet key government health targets. 12 December 2017: The DHB loses its accreditation to assess the safety of drinking water due to incompetence. 22 March 2018: An investigation into former Waikato District Health Board chief executive Nigel Murray finds more than half of his claims for travel and accommodation were unjustified. State Services Commissioner Peter Hughes refers the case to the Serious Fraud Office. 9 April 2018: The DHB drops SmartHealth its multi-million dollar online doctor service. 30 July 2018: Health and Disability Commissioner Anthony Hill recommends the DHB improve its recruitment and complaints processes. 26 September 2018: The DHB's deficit hits $37 million. 13 February 2019: The DHB demands a new Coroner's Inquest for a man who took his own life after walking out of a Waikato Hospital mental health unit. 19 February 2019: Waikato District Health Board halts its search for a permanent chief executive as it grapples with what it calls "current challenges". It hasn't had a permanent boss since he former chief Nigel Murray quit in October 2017. 17 April 2019: Health Minister David Clark announces he will is considering sacking the entire Waikato District Health Board over poor finances and governance, and replacing it with a commissioner. 7 May 2019: Health Minister David Clark replaces the board with a commissioner