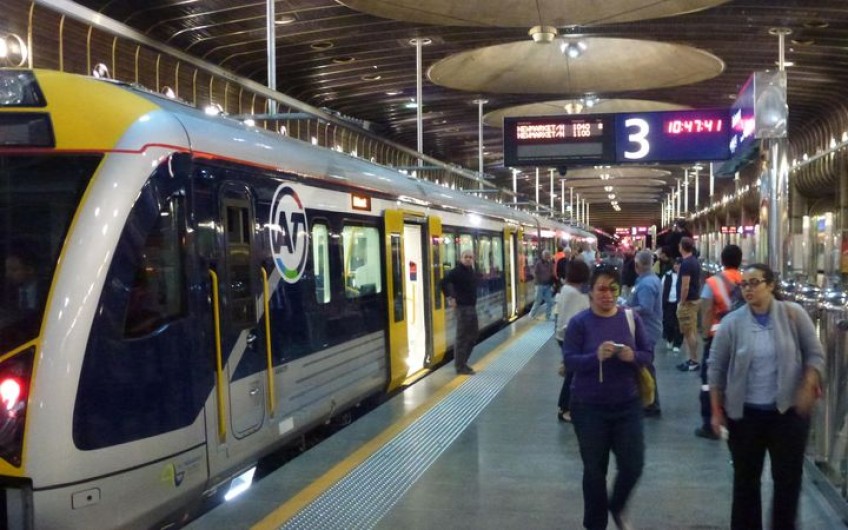 Hamilton-Auckland commuter train likely to get go ahead today

The Transport Agency is expected to give the green light to a commuter train service between Hamilton and Auckland today.

The Transport Agency is expected to give the green light to a commuter train service between Hamilton and Auckland today. Photo: RNZ / Todd Niall

The service will make two trips a day each way carrying up to 200 passengers at a time.

The plan is to get commuters to Auckland in about two hours and 20 minutes, with trains leaving Frankton Station in Hamilton at 6.30am and 7.30am, stopping at the Base in Te Rapa, Huntly and possibly other towns along the way.

Passengers will transfer at Papakura onto Auckland City services.

While a similar service was tried and failed back in 2001, those supporting the idea now say the time is right for a regular commuter service between Waikato and Auckland.

The Rail Opportunity Network (TRON) spokesperson Susan Trodden is convinced the commuter service will be successful this time.

"It was not overly well publicised last time, it was quite pricey compared to the cost of parking and petrol which of course has now changed. Back then you could get to Auckland in two hours on the motorway without question you can't any more."

Ms Trodden said while taking just a maximum of 400 commuters off the roads each day is not huge, the potential for the service is.

"We still haven't looked at the school groups, the tourists, the cyclists, the other groups that are likely to want to use the service, so while it is not ideal that you just have two a day and the times they come and go, you have got to start somewhere."

The Greater Auckland transport blog supports a commuter train from Hamilton, but warns it could fail because the plan is being rushed.

Greater Auckland's Matt Lowrie said a number of rail construction projects are happening in Auckland and it would be better to hold off until they are completed and there's more to offer commuters.

"At peak times a train going towards the city every five minutes rather than at Papakura every ten minutes and a much longer journey."

"Having that in place first which is likely to be completed around 2021 would give a better overall service and much more attractive to use."

The total cost of the project over six years is just over $76 million, just under $10m will come from local councils and it is hoped the balance will come from the Transport Agency's land transport fund.

The Taxpayers' Union describes the investment as a waste of money.

A spokesperson said without, what it calls an insanely expensive subsidy, and if costs were actually applied to the users of the service, very few people, if any, would use it.

"We shouldn't kid ourselves into thinking we are like Singapore or New York. A passenger service only becomes financially viable when we reach a certain level of population and demand."

"We clearly haven't reached that point."

"If government is prepared to invest the money required to put the stations in place, to put the electrification in and provide a decent rail network then yes it will be sued."

"It will reduce the amount of money being required on the roads," he said.

Mr Vercoe said he is not expecting all of the funding requested from NZTA but hopes for enough to get the service on track and running.

If approved by the Transport Agency the commuter service from Hamilton to Auckland and return is expected to start in March 2020.