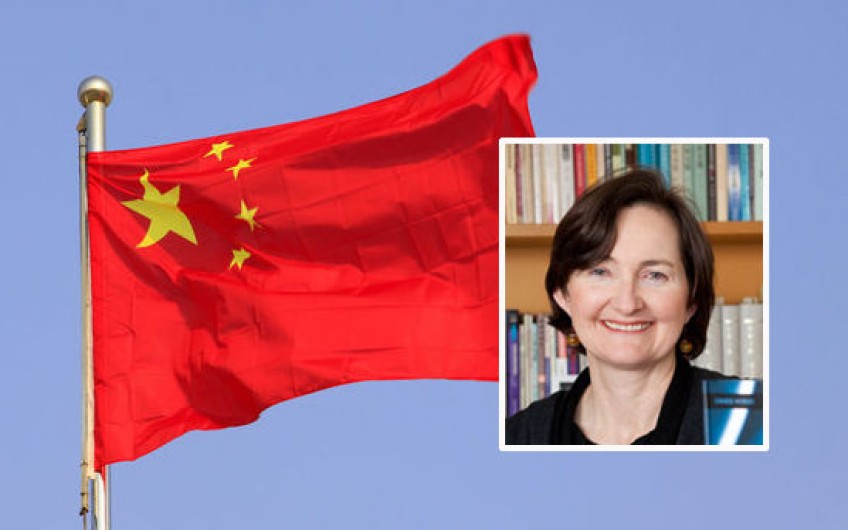 The Prime Minister is being told she must make it clear to China that attempts to intimidate and silence academics here will not be tolerated.

"We have been shocked and disturbed by the reports of intimidation and harassment suffered by Professor Anne-Marie Brady," the letter said.

The group also urged the prime minister to "make a clear statement in defence of academic freedom" in light of the case and to be "very clear that any intimidation and threats aimed at silencing academic voices in this country will not be tolerated".

It was revealed that Prof Brady had been burgled in February and the police, Interpol and the Security Intelligence Service were investigating the involvement of Chinese spies.

The investigation widened two weeks ago when, in a new twist, Prof Brady's mechanic discovered during a WOF examination, that two of her tyres had also been tampered with.

One of the 29 signatories to the letter, published today, was sociologist and commentator Tze Ming Mok, who said the prime minister was not doing enough to send a clear message to the Chinese government.

"The silence is very conspicuous."

"There is never a bad time to signal really clearly to all our trading partners that we are a particular kind of country, we have particular kinds of standards, and there are some things we will not stand for."

Prof Brady's experiences have already had a chilling effect amongst China-focused experts in this country with many unwilling to comment on the saga publicly, she said.

Margaret Taylor, spokesperson for Amnesty International, which also signed the letter, said it was not only academics but the Chinese community in New Zealand who feared being targeted by their former government.

"People who have spoken to us, and they are very brave for doing so, are terrified that if they do speak out they will come under the attention of the Chinese authorities.

"Many of them don't speak to their family members, they're too scared to contact anybody at home."

Prof Brady said she felt "humbled" by the support, not only from her peers who signed the letter but from the wider public since the story about the burglaries broke.

But she was just doing her job, she said.

"The Education Act requires all political leaders and government agencies to protect and defend our academic freedom and uphold the critic and conscience role of the academic.

"So I do my job, and I expect the government to do their job."

A spokesperson for the prime minister said she supported and defended the legal right to academic freedom, as set out in law.

"The matters contained in this letter are under investigation by the police and it is not appropriate to comment on them before the investigation is finished."

But Prof Brady said the investigation was over, and the issue was now in the government's hands.

"The police have done a really great job and a thorough investigation has been completed. The next step now is the political will that needs to have the guts to face up to the situation."