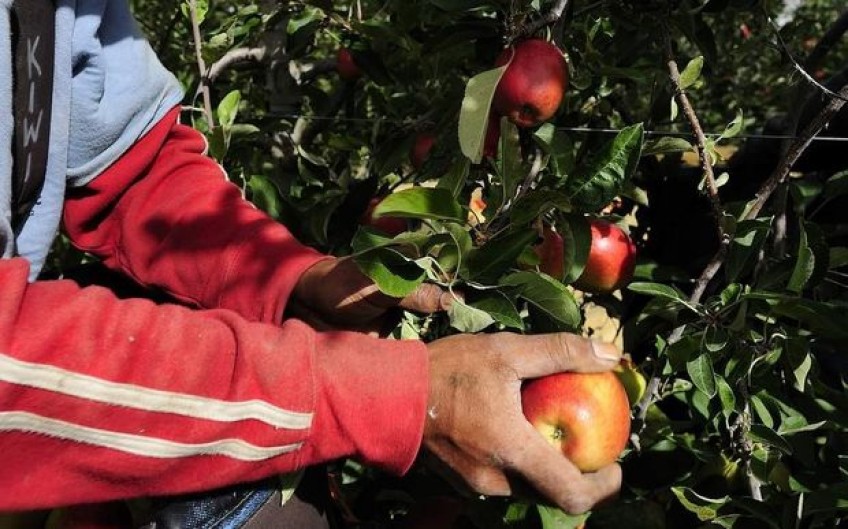 The National Policy Statement for Highly Productive Land (NPS-HPL) is expected to prevent the loss of prime horticultural land in areas like Pukekohe and protect it from inappropriate subdivision and development. Photo: Stuff / Chris McKeen

The government is expected to announce this weekend new standards to help safeguard some of the country's most productive land from urban sprawl.

Market gardeners in Pukekohe say while it has been a long time coming, it is an important step to help save the food bowl of the city.

Cabinet signed off the National Policy Statement for Highly Productive Land (NPS-HPL) on Monday. But the details on exactly what it includes have not yet been released.

When Environment Minister David Parker first announced the NPS-HPL in 2019, he said it would prevent the loss of prime horticultural land and protect it from inappropriate subdivision and development.

Pukekohe market gardener Colin Sue's company has been run as a family business since 1968 and produces a range of vegetables.

Increased development in the area, in rural South Auckland, was making it harder for those in the horticulture industry in areas like Franklin, Sue said.

"When you have houses right along your border line, it makes it quite difficult to operate as a grower," he said.

Some market gardeners in Pukekohe had been left with no other option than to sell their land to developers, he said. But he hoped the new policy statement would help reduce that pressure on local growers.

South Auckland's horticulture industry is centred on the Pukekohe Hub, 4359 hectares of some of New Zealand's most fertile and productive land.

According to Auckland Council's Climate Action Framework, released in 2019, the area's volcanic soils generate $327 million a year in produce, which is the equivalent of 26 percent of New Zealand's total vegetable production.

Increased development in Pukekohe is making it harder for those in the horticulture industry, as urban sprawl encroaches on traditional growing areas. Photo: Stuff / Chris McKeen

"In principle as growers, we would support it," he said. "But the devil is always in the detail."

Jivan said protecting land for horticulture in areas like Pukekohe was important.

"Food security is important for the whole country," he said. "And we need to ensure there is affordable food available for everyone."

Auckland Council planning committee chairman Chris Darby said in May he had grave concerns about the amount of highly productive, food growing land that was being lost to housing and development.

The National Policy Statement for Highly Productive Land (NPS-HPL) was needed now more than ever in areas like Pukekohe, Darby said.

While he had not yet seen the final national policy statement, he said he was confident it would address many of the concerns of local growers and the council.

"The government wouldn't be releasing an NPS like this unless it had some teeth and some clear direction on how we are going to protect this land that produces food, not just for Auckland, but the entire country."

Environment Minister David Parker was approached for comment and confirmed the government had voted on the National Policy Statement for Highly Productive Land.

An announcement was expected soon and more details would be released accordingly, Parker said.