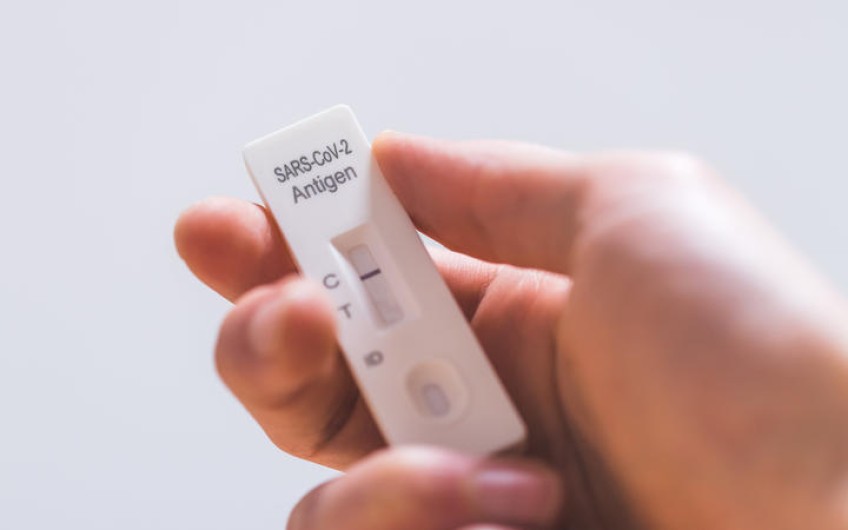 The government is bowing to pressure from business leaders who want fast acting Covid-19 tests available in workplaces.

A coalition of 25 firms contacted the government on Tuesday, pleading for clearance to import 370,000 rapid antigen devices within the next week.

Ministers and officials are to meet representatives from the group today with a view to piloting the test in select workplaces.

Meridian Energy is the country's largest power generator and its employees are essential in keeping the lights on.

The company wants to use rapid antigen tests to ensure that can still happen.

"One of the risks we're looking to manage is ensuring that we don't have a large number of our essential workers who are unable to work because they're sick with Covid," Tania Palmer, Meridian Energy's chief people officer said.

There are pros and cons to the rapid antigen test: it produces a result in just 15 minutes, but is less sensitive than a nasal swab, particularly among the asymptomatic.

Except in trials at Auckland hospitals and as part of the government's at-home isolation pilot, the tests have not been approved for use in New Zealand.

But a coalition of New Zealand businesses - including Meridian - has this week pleaded with the government to let them import tests to be used at workplaces.

The government's responded by confirming it will pilot the use of the rapid-tests at some businesses and will meet with the coalition today to work out the details.

Palmer explained how the energy company would use the tests.

"Every three, five days ... everyone coming into the power stations or into our Wellington office, which is where our generation controllers work, does an antigen test to do some screening."

Today's meeting comes after a review by professor David Murdoch, which found the government has been hesitant to adopt new testing technologies.

Now's the right time to roll them out, now that 80 percent of the eligible population has had at least one Pfizer dose, she said.

"One of the important things to note here is that we're shifting into a different environment with a highly vaccinated population and that means that we have new opportunities. The risks of missing one single case once we're all vaccinated is substantially lower."

The ins and outs of rapid antigen testing

University of Otago professor David Murdoch, who leads the Ministry of Health Covid-19 testing technical advisory group, told Morning Report that given the elimination strategy being pursued up until now, PCR tests had been the right approach given their greater sensitivity.

"With the rapid antigen tests, we knew there would be a delay at some stage, a shift away from elimination very, very likely, and that there would be almost inevitably a role for those tests to compliment PCR.

"We should have been preparing for it, looking at which tests would be appropriate, looking at where they should be deployed, that sort of preparation … knowing that this point in time was going to come.

"All those details need to be worked out."

Murdoch said rapid antigen tests could be used in regular testing for some essential workers.

"The frequency would need to be determined but the important thing also is actually what you do with the result and having the system in place so if there are positive results they are acted upon.

"I think if people are symptomatic almost certainly there will still be a recommendation to use the PCR test."

But Murdoch said if we were to use rapid antigen tests we would have to accept there would be some missed cases.

"That's why we see it as a compliment to the other testing - more rigorous testing strategies, but because they can be readily deployed, the result so quick, you know, there will be advantages to them if they are used at a certain frequency, and that's been demonstrated overseas in some situations."

The tests could be used at home but needed "wrap-around support… It is a high trust model and in some situations that can work".

With so many variations of the tests available they had to be selected against set criteria, Murdoch said.

"There needs to be a system for actually assessing the data associated with the tests. The criteria need to be developed, systems need to be put in place to look and make sure we're getting the best of those tests.

"We do need to get on with it - probably a little bit of catch-up just to get to where we should be, but no, I mean, we do need to act … especially as this week we're clearly looking at moving beyond elimination."

Murdoch said there had been a lot of confusion between saliva testing and rapid antigen testing.

"Saliva is just another sample to test and the advantage for a lot of people, it's a more acceptable method of collecting samples, especially for people who are being tested regularly.

"So it's not a separate test. It's a different sample type that's used for PCR. There has been a lot of confusion about that and really important to clarify."

National has been calling for action on saliva and rapid antigen tests for months, and its Covid-19 Response spokesperson Chris Bishop said the government's response showed a theme of no longer having a plan or strategy.

"The National Party has been calling for saliva testing since early this year, since February. The Roche-Simpson report said a year ago, in fact over a year ago now, that it should be rolled out as a matter of priority and it is only basically in April this year that the government finally started to move on it."

It was good news the government would trial rapid antigen testing with large corporations, but it should have come much sooner, Bishop said.

"The government only moved to set up the testing group a month ago. Rapid tests have been used around the world for many months now, the government should have stayed ahead of the game - trialling and investigating these technologies, not just in the last month but at the start of this year - and their negligence and incompetence in unconscionable."

ACT Leader David Seymour said the government's Covid-19 testing strategy has rightly been slated in a new report and its response is too little, too late.

"The government's approach has been centralised and opaque. Those who have tried to partner with it from the private sector have expressed immense frustration. Nothing has epitomised this more than its reluctance to introduce saliva testing and its ban on importing self-test kits that are widely used offshore.

"Fast tech uptake has shown its value overseas, while the New Zealand government has been widely criticised for its struggles with testing, tracing, and treatment technologies. We should have been a leading adopter of new technology."