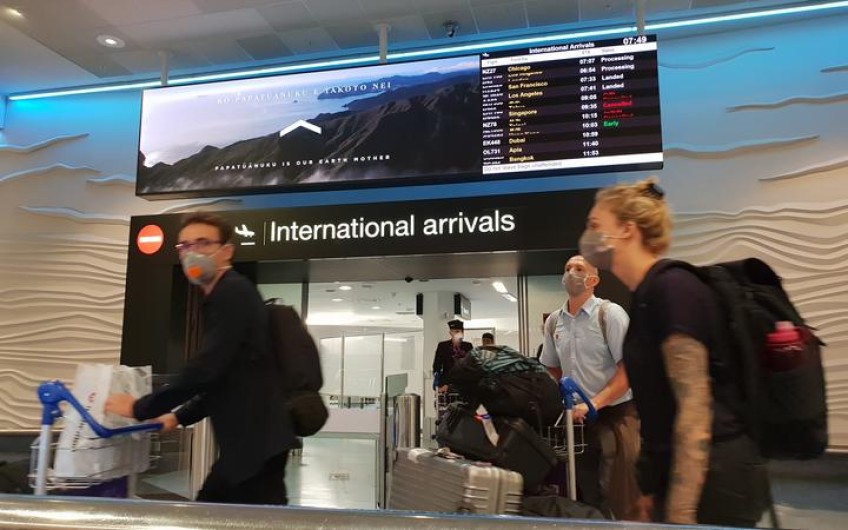 Travellers from nearly all countries will soon have to provide a negative Covid-19 test before arriving in New Zealand under tough new rules announced today.

It comes after increased pressure from scientists and Opposition parties to introduce tougher measures at the border to prevent another lockdown.

The existing rules state that from 11.59pm on Friday, travellers from the United Kingdom and United States will require certified proof of a negative Covid-19 test in the 72 hours before departing.

In a statement released this afternoon, Covid-19 Recovery Minister Chris Hipkins said he had authorised the Director-General of Health to roll-out the requirement to cover all countries apart from Australia, Antarctica and some Pacific nations.

"New Zealand already has some of the most stringent border protection measures in the world. Today's amendments further strengthen that position in line with the government's overall elimination strategy," Hipkins said.

Children under two will be exempt from the pre-departure test, as will travellers who can provide a medical certificate showing they have recovered from a past case of Covid-19 and are considered no longer infectious.

Hipkins said the 72-hour time period for testing could be extended for another 24 hours if a person's flight was delayed or cancelled, or test results were not returned in time.

Passengers arriving from any of those countries will also now have to undergo a Covid-19 test on their first day in the country.

The tougher requirement, which previously only applied to those coming from the UK and US, would be "progressively introduced" over three days from Monday.

The current day 3 and day 12 tests will continue.

A more infectious variant of Covid-19, known as B117, has caused chaos abroad, forcing the UK back into lockdown and prompting Australia to tighten its managed isolation and quarantine (MIQ) rules.

Almost a quarter of New Zealand's active cases, all in quarantine, are now the UK strain.

The opposition National Party has been demanding blanket pre-departure testing since August and, this morning, leader Judith Collins again called on the government to "urgently extend" its precautions.

"The threat to New Zealand from the highly-infectious strains of Covid-19 that are ravaging the UK and South Africa must be taken seriously," Collins said.

Collins accused the government of being "complacent" and taking a "piecemeal approach" in regards to its defence against the virus.

"If New Zealand doesn't act fast then we will be looking at a complete border closure with the UK or another economy-crippling lockdown here."

ACT leader David Seymour yesterday told RNZ the government seemed to be asleep at the wheel.

"The calculus of Covid is changing around the world so rapidly and New Zealand appears to still be on holiday," Seymour said.

"We've got to do better than that because the stakes are a rapid outbreak and a five-week, tough lockdown to bring it under control."

But a government spokesperson said ministers and officials had been working through the summer period "to stay on top of the new strains and the worsening global situation".