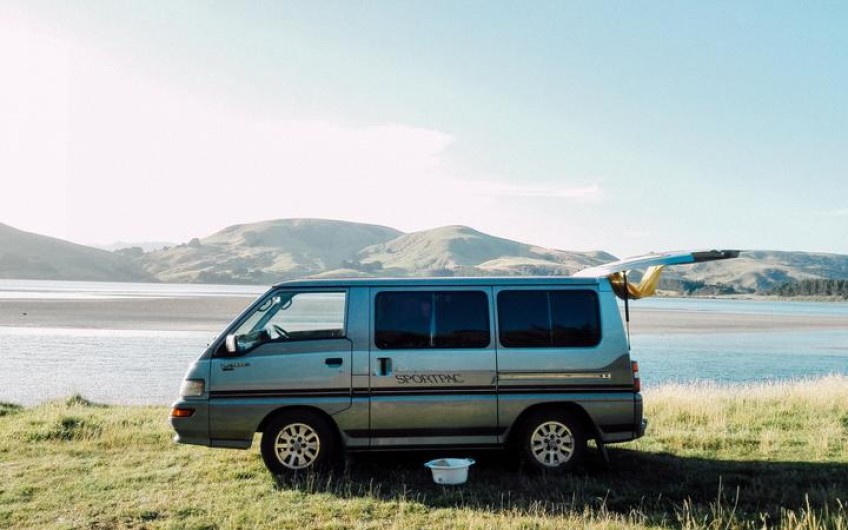 Government, councils gearing up for a busy summer of freedom camping

Local councils are preparing for a surge of summer visitors and freedom campers.

Last year the government put $8.5 million into projects to promote responsible camping and is spending another $8m this year.

While the funding was welcomed - and more has been announced, has it made a difference ahead of the peak tourism season?

Each summer, the popular Mackenzie District is inundated with campers, with close to 7000 overnight stays recorded in January alone in a CamperMate freedom camping report.

Mayor Graham Smith said the council received the least amount of complaints they'd ever had after a busy summer due to a $548,000 boost from the government. It was earmarked for a series of collaborative projects with the Waitaki District Council, the Department of Conservation and others.

"We used that money basically around compliance, signage, because also we had improved some camping areas. We were much better prepared to be able to help and educate people where they needed to camp," Mr Smith said.

Rotorua Lakes Mayor Steve Chadwick, who is on the working group, said she had heard from several mayors how the investments made a big difference to local councils.

Responsible camping was an intrinsic and important part of the New Zealand brand, she said.

"We don't call it freedom camping anymore ... there is no free lunch, someone's paying for upkeep of facilities and keeping our environment clean and our reputation intact. We're all contributing to that and (funding) is our part of it, but we see it as an important part," Ms Chadwick said.

"It was only two years ago that it was a real scourge and now we're saying no, as long as we can distribute and have a dispersed model of responsible camping then we're doing quite well."

Queenstown Lakes District Mayor Jim Boult said the $530,000 grant had made a big dent on the impact campers were having.

"You're never going to get down to every last irresponsible person. All you can do is provide the facilities, educate and encourage people to do the right thing," Mr Boult said.

The two camping hubs where campers could shower, wash their clothes, use a bathroom and access wifi had proven to be a hit last year, but they would only be open during the day this year, he said.

"We are still seeing evidence of people freedom camping and unfortunately not responsibly. You know there's a lot of human excrement around, and it's really unpleasant for the locals and presumably other campers who are being responsible, so I think there's still a lot of work to be done," she said.

The Queenstown Lakes District Council had made some good progress after the summer funding, Ms Mackenzie said, which she hoped would continue.

"Some of them are still concerned with the numbers of facilities which are actually being provided for by some councils. A number of our parks actually lease actually lease their businesses off councils, and to see councils turning around and providing similar facilities for free does rub people up the wrong way," Mr Brown said.

He suggested a user pays option could be a solution as responsible camping was about more than free camping.

"We have the facilities, we pay for the water, we pay for the rubbish recycling, we pay for the free wifi and so we think that user pays model works very well, and that's what we'd like to encourage but we also applaud the government for what they're doing regarding education and enforcement."

"Sometimes when you try to fix a problem you can inadvertently cause concern somewhere else. It's about making sure you get that right, again we're learning as we go, we think some of the initiatives that we've come up with so far have been pretty good," Mr Judd said.

"We didn't create this problem but we're doing our best to manage it and this fund helps us do that."

While Ministry of Business, Innovation and Employment (MBIE) figures show about 123,000 international visitors camped in 2018, total estimated spending hit $540m during the same period. It has no figures on domestic camping.

"We've deployed sensors in some sites and we've actually demonstrated that these sensors tell us when those sites are full. They then send a signal to an app like CamperMate that then tells the traveller who's coming towards them 'that actually you look like you're heading to site x, that's already full. We suggest you go to site y'," Mr Cossar said.

Last year's trial had a 70 to 80 percent success rate in diverting those campers away to those sites that were free, and that diversion took place something like 100 kilometres away, he said.

"So that was a pilot that was very successful. We're testing some more technologies this year, and if they're successful, then I think we'll look to roll that out."

This wouldn't happen across every site in the country, but at the most popular and used camp sites, he said.

Mr Cossar said the country was already shaping up to be better prepared for the upcoming summer visitor peak.