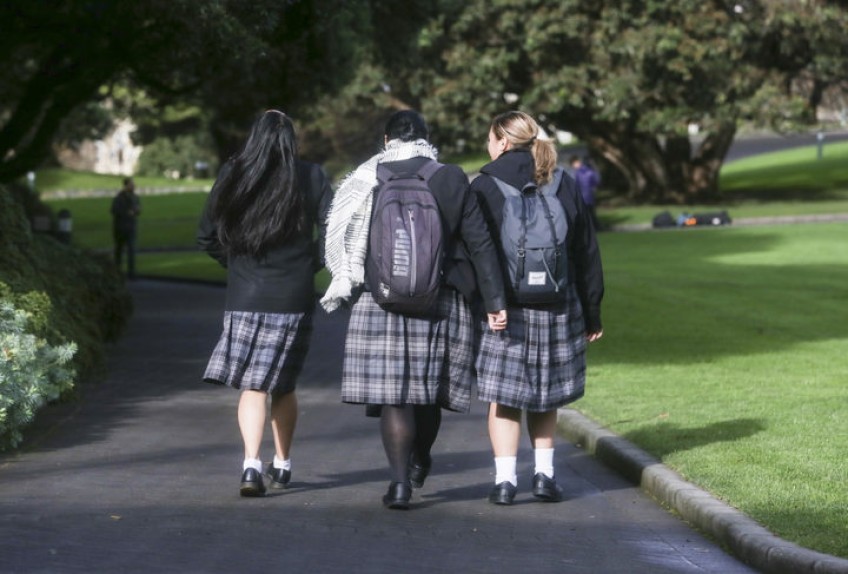 New Zealand's school system is not equipped to tackle major issues and is not working for Māori, Pacific and disabled children among other groups, the government-appointed taskforce has found.

The school system is underfunded and needs a cultural and systemic transformation, the Tomorrow's Schools Independent Taskforce says.

The government-appointed group has published its report, which calls for radical changes including the creation of a network of Crown agencies to oversee the work of groups of schools and take over many of the jobs that now fall to schools' boards of trustees.

The report said the organisations would be called Education Hubs, would be run by a government-appointed director and would take over responsibility for schools' property, funding and student achievement and hire schools' principals in consultation with their boards.

The report said New Zealand's school system was not equipped to tackle the major issues it faced, and was not working for too many groups, including Māori, Pacific and disabled children.

"Our major difficulty is that our schooling system is structured to focus on individual schools, each operating as a separate unit, and often reinventing the wheel or competing needlessly with each other. It's time to rethink our education system to make it a real system," the report said.

The report said the school system was underfunded and the amount of funding targeted to students from poor backgrounds was a serious problem.

"We firmly believe there is a strong case not just for significant additional investment in the schooling system, but also a major redistribution of resources so that priority is first given to meeting the needs and potential of the most disadvantaged and marginalised students."

It said support for students from disadvantaged homes totalled about 3 percent of total school funding, compared with about 6 percent in other countries.

The report said the government should introduce "as soon as possible" the equity funding model that the previous government began developing, which targets funding to students with specific risk factors, and use it to allocate at least 6 percent of the total resourcing for schools, including their staffing.

The report said New Zealand could not afford to continue wasting the talent of Māori and Pacific students who would account for 42 percent of students by the 2030s.

"There will continue to be considerable costs for society and the economy if we do not achieve educational equity for Māori. If we do achieve that equity, there will be gains in the region of a $2.6 billion boost to the economy each year."

Problematic board of trustees system

The report said there were major problems with the board of trustees system and a lot of boards' work often fell to principals.

It said boards' roles were too complex, they made significant decisions with little oversight and the "one school one board" structure created unhealthy competition between schools.

It said education hubs should take over boards' responsibility for school property and finances, legal matters, and educational performance.

Boards' would be responsible for fund-raising, advising principals on matters such as student achievement, property and finance, and would have final approval of the appointment of their school's principal.

The report said the hubs would be Crown agencies autonomous of the Education Ministry and would provide advice and support to the schools in their area.

They would be the legal employer of all the teachers in the schools within their area, so that teachers could be more easily seconded between schools in order to share expertise.

The hubs would monitor schools' performance, provide support, and report annually on education in their area. They would also coordinate pools of relief teachers and teacher aides for their schools.

The report took a hard line on competition for students, which it said had created inefficiencies and made schools more racially segregated.

"This would be done to ensure a fair distribution of students across schools in a network. This would ensure the network as a whole is strong and its resourcing is used efficiently, while supporting student and whānau choice."

The report said integrated schools would no longer be allowed to select out-of-zone or non-preference students, instead they would have to hold a ballot in the same manner as state schools.

The report said it was clear the government did not provide enough funding for children with disabilities.

It said every school should have a learning support coordinator and education hubs would employ specialist staff to work with the schools in their area.

The report called for improvements to teacher training and support for teachers, including guaranteed employment for new graduate teachers.