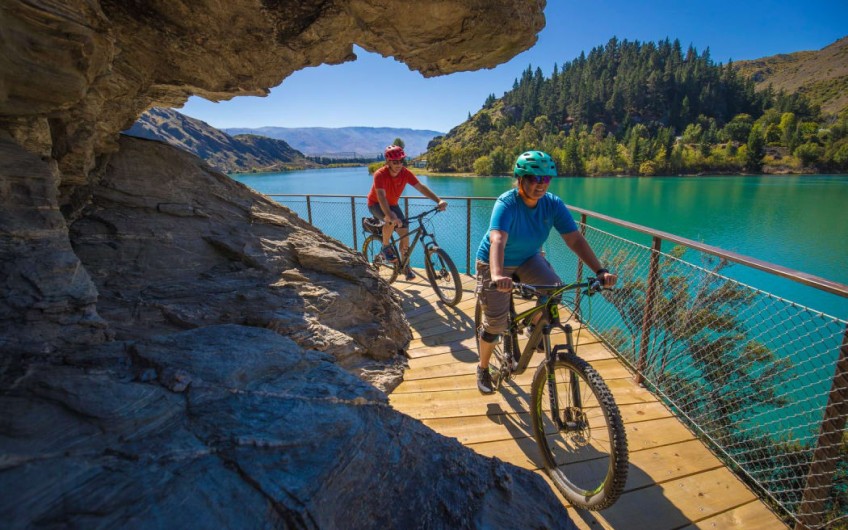 A key piece in the vision of connecting Queenstown and Dunedin airports by cycle trail can now proceed.

Otago is a step closer to the largest contiguous cycle trail in the Southern Hemisphere with the Kawarau Gorge Trail now getting the green light after objections in the Environment Court were settled.

The 35-kilometre Kawarau Gorge Trail will link the highly acclaimed Dunstan Trail at Bannockburn to Queenstown's network at Gibbston Valley.

Central Otago Queenstown Trails Network Trust executive trustee Janeen Wood said although the trail would need to be built through the inhospitable Kawarau Gorge, the more arduous task was just getting to this point.

"This funding has been in place since 2018. So what's been embarrassing is questions from Treasury wanting to know when is the project ready to go, but it's been held up with the bureaucracy of bits and pieces and consenting. But we're through that now so that's really good."

The trail already had consent, however, an objection was filed with the Environment Court.

The trust and the objectors reached an agreement, and the trail could now proceed. 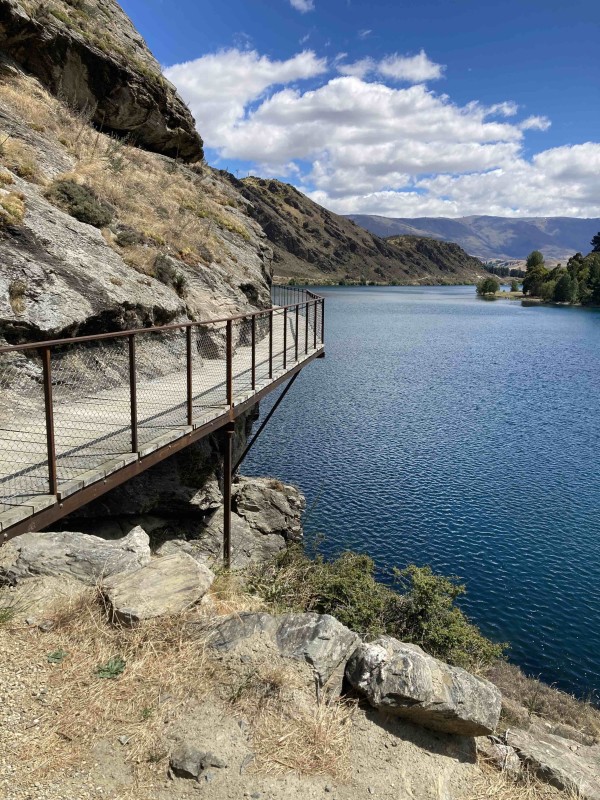 Inland Otago is home to five of New Zealand's Great Rides and this project was another step in linking them all together and providing one contiguous network from Queenstown to Dunedin.

Trust chairman Stephen Jeffery said it was exciting to resume progress on the Kawarau Gorge Trail, as part of the $26 million project connecting Otago's trails.

"We have already seen the outstanding success of the Lake Dunstan Trail and with the added investment into new trails the future looks particularly bright for cycling tourism in Central Otago," he said.

It was hoped construction of the Kawarau Gorge Trail would begin mid next year and an optimistic two-year timeframe meant there were plans to accommodate the first cyclists in 2025.

But Wood said first they had to tackle the gorge.

"Who knows what the Kawarau Gorge will throw at us once we begin the construction phase," she said.

"But that's what we're about - building great trails and getting into places that no-one has been in years and years. It's just stunning. Even I haven't been to these places, I've just looked at them from the other side of the road, so I'm keen to get in there."

For wineries and eateries in Felton Road, in Bannockburn, the possibility of increased tourist traffic was an exciting prospect.

Central Otago mayor Tim Cadogan said the possibility of one day connecting Dunedin Airport to Queenstown Airport by cycle trail was very attractive to his district.

"We're right in the middle of that here in Central Otago and the growth we've seen even from the Lake Dunstan Trail between Clyde and Cromwell has been phenomenal - 87,000 people rode it last year. That's just a stream of gold coming into the district and as the Rail Trail has been for a very long time coming from Middlemarch."

Plans were also advanced to connect Wānaka to Cromwell by cycle trail and add another 13 kilometres to the missing section of the Roxburgh Gorge Trail from Doctors Point to Shingle Creek.