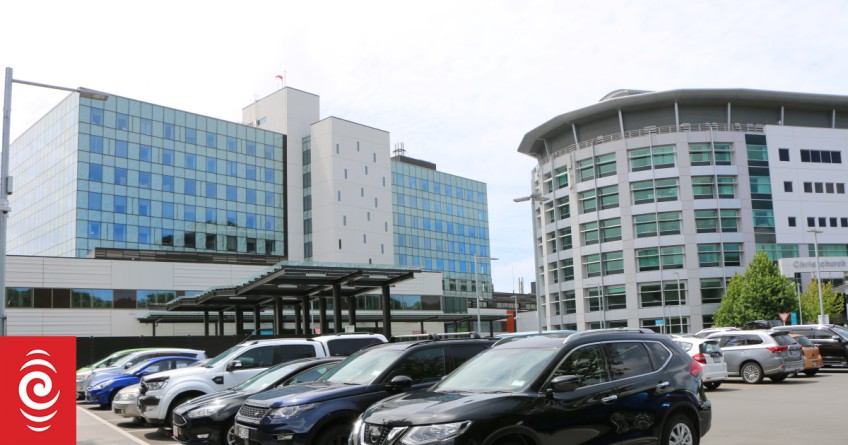 Te Whatu Ora Waitaha has confirmed gang members blocked off public parks at Christchurch Hospital in the lead-up to Christmas.

It was the latest chapter in the hospital's parking woes.

In November, a nurse had her car fenced in by construction workers when she used an on-street carpark near the hospital because she didn't have access to a staff park.

This person, who did not want to be identified, had a sick relative in the hospital for eight days in December.

Mongrel Mob members turned the week into a nightmare.

"They were in the Emergency Department (ED), they were in the reception areas, in the halls, they were just everywhere... We witnessed barking, a hand signal they do, revving of motorbikes outside, like really, really loud," they said.

But the worst behaviour was the parking.

"There was definitely a domination outside. For example, one day the gangs had cones in all the carparks closest to ED so that the regular public could not obtain those parks. When one of their mates came along, they pulled up the cone and would let them in," they said.

"We also witnessed [gang members] parking in the loading zone as well.

"It was intimidating and it's stressful enough having a family member really ill in hospital, let alone having to worry about your own safety. It was a horrible environment," they said.

Te Whatu Ora Waitaha confirmed on one occasion in December many of the carparks at Christchurch Hospital were being used by members of a gang.

A spokesperson said this only lasted for two hours and a hospital security team dealt with it without incident.

Te Whatu Ora was also not aware of any public complaints made about the gang presence.

But the spokesperson did confirm parking spots had been blocked off in the past, though it was not a common occurrence.

The new public carpark is being constructed by Ngāi Tahu Property on the corner of St Asaph Street and Hagley Ave, across the road from the hospital. Photo: RNZ/Niva Chittock

Christchurch Hospital only offers 35 metered parks, seven drop off parks and 10 mobility parks to the public on site, outside its Waipapa building.

There are another 200 public hospital parks on Deans Avenue, but that was a shuttle service or 20-minute walk away.

A new 450 space hospital public parking building was meant to open four months ago, across the road from the hospital.

It was being built by Ngāi Tahu Property, which said Covid-related delays meant it was now on track to be finished by the end of September.

The hospital visitor RNZ spoke to said parking was a struggle even when none were blocked off.

Their family were left driving round and round the block or paying up to $40 for three hours of public parking nearby.

It was unfair and unsafe, they thought.

"With the gang presence in and around the hospital, you don't want to walk by yourself... What about patients who, for example, are receiving cancer treatment and can't work and have to pay for this really, really expensive parking?"

Their biggest concern was staff safety and they did not believe the four security guards they saw was sufficient, especially when hospital staff told them a gang presence was not uncommon.

"We've got a problem in New Zealand at the moment getting medical staff, getting nurses and retaining them. Why would you pick a hospital that you've got to walk past gangs every day and you can't park? It's just a deterrent to attracting good staff," they said.

In a statement, police said from time to time they have been called to the hospital when gang members are around.

But they did not have readily available figures on how many times they had attended instances of gang members at Christchurch Hospital.

"Our data would not necessarily capture this detail... Each response is proportionate to the information received at the time," a spokesperson said.