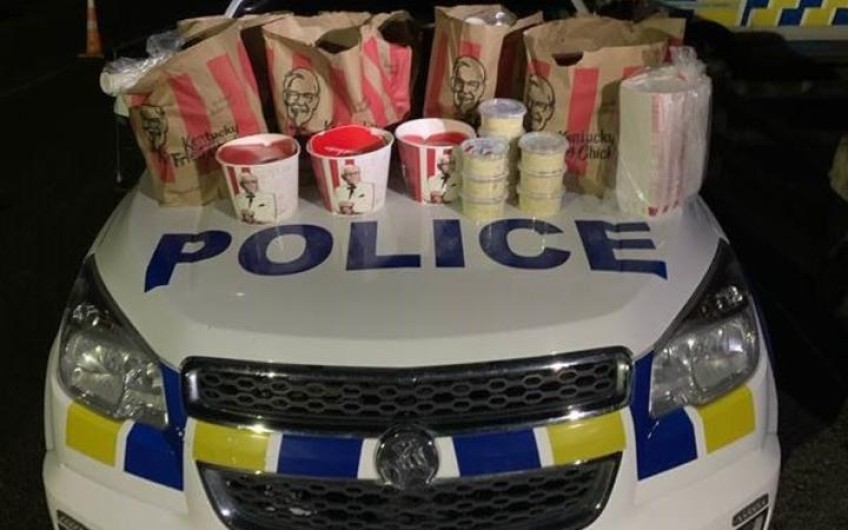 Police have arrested two gang associates they say were trying to get past Auckland's border on a back road, with a large quantity of cash and KFC.

Police said the pair were pulled over while officers were patrolling back roads near the border.

"Officers noticed a suspicious looking vehicle travelling on a gravel road, and upon seeing the police car the vehicle did a U-turn, and sped off, trying to evade police," a statement said.

When the car did pull over, officers found they had come from Hamilton and were trying to get into Auckland.

The vehicle was searched, and empty ounce bags were also found, alongside the stack of takeways.

A police media spokesperson said it is understood the KFC was discarded.

The men, aged 23 and 30, have been issued a court summons for breaching the Health Order, but police said further charges were likely.

In another incident a man was stopped near the border, and said he needed to cross to charge his car at an electric vehicle charging point, however police found the charging point did not exist.

The man was sent back.

Police said they are patrolling backroads at the Auckland borders, and continue to question travellers who are going through the checkpoints.

"Enforcement action will be considered for people deliberately attempting to breach the restrictions."