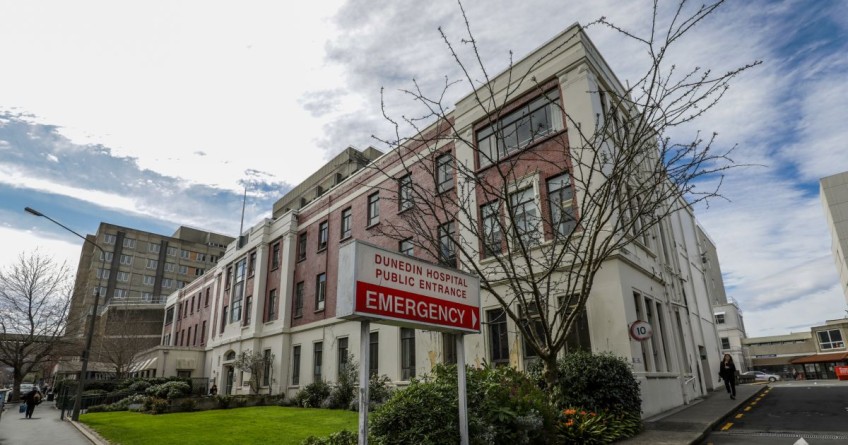 Four hospital projects in the south of the South Island are in limbo.

Two are at Dunedin Hospital and two at Southland Hospital, including expansion of the hard-pressed Emergency Department.

At Dunedin, upgrades to the medical assessment unit and central sterilisation unit are now being reassessed.

At Southland, the ED project, and a second one to add a fifth operating theatre, had already been approved by the district health board, before the centralisation of health bureaucracy in July.

"Historically, [these had] been seen as different projects, however, due to the layout of the building (being two-storey), the two projects need to be seen 'as one'," Te Whatu Ora southern executive director of corporate services, Nigel Trainor, said in a statement.

"This means the cost of the two projects combined exceeds $10m, resulting in the need for it to go through the Health Investment Unit process.

"Further decision-making on this project will be made at a national level."

The business case was being developed for submission this financial year, Trainor said.

At Dunedin, the old central sterilisation unit "does require investment" but to keep it at the same site "is complex".

"We are considering relocating the CSU to another building.

"The cost of the current design is a significant investment when balanced with the time the unit will be open (given it will move to the New Dunedin Hospital).

"Therefore, we are re-examining the scope of the infrastructure for the unit to see if we can bring the costs down."

The MAU was more about a "model of care" which was already being trialled in an existing ward, Trainor said.

Once the new hospital's outpatient building was opened, set for 2025, the medical assessment unit model might shift there.

"This will be considered at that time."

Trainor said the MAU and sterilisation projects were separate from "keeping the lights on" projects that had recently invested $20m in critical upgrades.

Dunedin's new inpatients is expected to open in 2028.