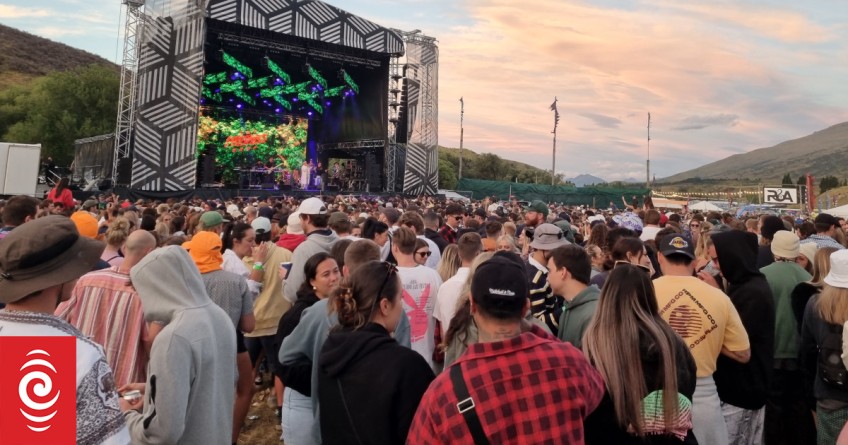 No drug checking service for Rhythm and Alps

Festival-goers are being urged to get their drugs tested before they head to gigs this summer.

Despite drug checking being legal for two years now, some major festivals - including Bay Dreams and Rhythm and Alps - have missed out on the service because the organisations running them do not have enough kit or capacity.

It means festival-goers like Billy* risk taking drugs without having them tested.

Billy thought he has taken MDMA at a festival a few years ago, but it was eutylone, also known as bath salts.

He had an extremely intense high and could not sleep for five days.

"You're just like a zombie, because you could not sleep," Billy said.

"You lay down and you stare at a wall and your thoughts are just... it was horrible," he said.

"It was the worst experience I think I've ever had."

The next time Billy bought drugs, he had them tested straight away.

"It turned out to be eutylone again," he said.

"Know Your Stuff tested it, and that went straight in the bin."

Maddy* had a similar experience.

"It was really scary, it was definitely a big wake-up call for me," Maddy said.

"Since then, I've never taken anything without making sure it's been tested first," she said.

"But even now, there's not a lot of available testing."

Drug checking organisation Know Your Stuff is one of four licensed providers in Aotearoa.

Spectrometers which are used to test drugs cost $50,000 each. Photo: Know Your Stuff / Supplied

Deputy manager Jez Weston said between them, there were just six spectrometers - the instruments used to test drugs - which was simply not enough.

"We know from wastewater testing roughly how much drug consumption there is in New Zealand," Weston said.

"The testing that we're doing is a fairly small chunk of that, so clearly there is demand for much further expansion."

But Weston said more funding was needed to sustain services, with spectrometers costing $50,000 each plus the money required to run the service at events and pop-up clinics.

"If we can keep people out of hospital, then that's a really big saving in money, especially with how busy hospitals are right now.

"So I would say that the right amount of funding is probably more than what we're getting right now."

Lowe said there would always be people who took drugs and therefore testing was imperative.

"It's a bit of a no-brainer, if you take all the peripheral stuff out of it, it's literally a question of 'will this save lives?'

"And the answer is yes, and it's proven."

But Bay Dreams could not get a drug checking service - nor could Wānaka's Rhythm and Alps.

Know Your Stuff will be at Twisted Frequency in Golden Bay over new year, as well as Splore and Electric Avenue later in the summer.

A Wellington Hospital doctor* said there was a desperate need for drug testing at event venues.

The emergency department was a nightmare after last week's Guns n Roses gig, he said.

"They come in comatose and almost need to be intubated, then will suddenly wake up and be wildly unpredictable.

"Some hallucinate vividly and violently, others panic and think they're about to be killed.

"It absorbs heaps of time and resources just 'cause you have no idea what they're going to do."

Festival-goers can get drugs tested at pop-up clinics in the main centres.

*Names have been changed or removed to protect privacy.

**There is a temporary drug-checking clinic in Wānaka at the Armstrong Room in the events centre on Ardmore Street from 12.30pm until 7.30pm on December 27. It's being run by KnowYourStuffNZ, and it's free, legal and discreet.