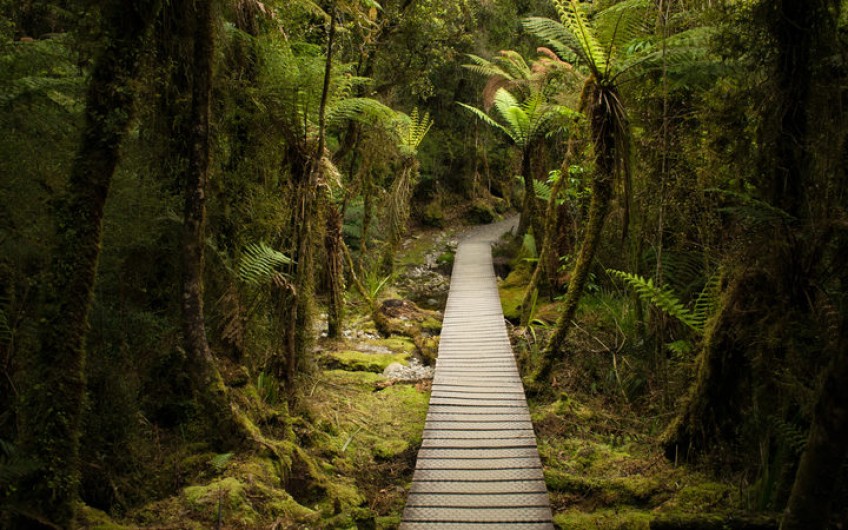 The Department of Conservation's proposal to allow dogs into Westland Tai Poutini National Park has triggered an uproar from environmentalists.

The national park is home to endangered native birds including kiwi, little blue penguin and kea.

Forest and Bird said the plan breached the law and put wildlife at risk.

The proposal is part of DOC's first review of national park management plans for the Westland region in more than a decade.

Seabird ecologist Kerry-Jayne Wilson wants DOC to put a leash on its plan to allow dogs into the park, which extends from highest peaks of the Southern Alps to the Tasman Sea.

"It's another loosening up of the regulations protecting our native wildlife," she said.

Four tracks have been earmarked for recreational dog walking in the national park - Tatare Tunnels Walk, Callery Gorge Walk, Canavan's Knob Walk and Neils Creek Track. Dogs would need to be on a leash.

The draft plan says the managed use of animals can enhance the recreational experience of visitors.

But Ms Wilson said it was just another blow to native wildlife.

"We're just seeing our wildlife being run down by death by a thousand cuts."

She said she was particularly worried about dogs being allowed on Neils Creek Track, which is thought to have a little blue penguin population.

Up to six penguin colonies in the region have become extinct in the past five years - and dogs were the main culprits, she said.

Currently only specialist dogs, such as guide and search and rescue dogs, are allowed into national parks - and Ms Snoyick thinks it should stay that way.

It did not matter if the rules specified only dogs on leashes, in reality it did not happen that way, Ms Snoyick said.

DOC should be protecting wildlife, not opening up their homes to predators, she said.

DOC's South Westland operations manager Wayne Costello said dog owners already have to apply for a permit and this proposal would simply open up the process to recreational as well as specialist dogs.

"If this was to go through, then yeah, it's definitely possible legally," Mr Costello said.

Dogs can already access the beach off Neils Creek Track - and under this plan owners would have more control of their dogs in the area, he said.

Mr Costello did not think conservationists should be concerned and said it would not mean more national parks being opened up to dogs.

DOC was exploring an issue that was dear to the heart of local dog owners, he said.

"The more people we can get out there enjoying these places, the better and if it's safe to do that with a dog, then I think it's a good thing."

Submissions on the national park management plans close on the 9 November.