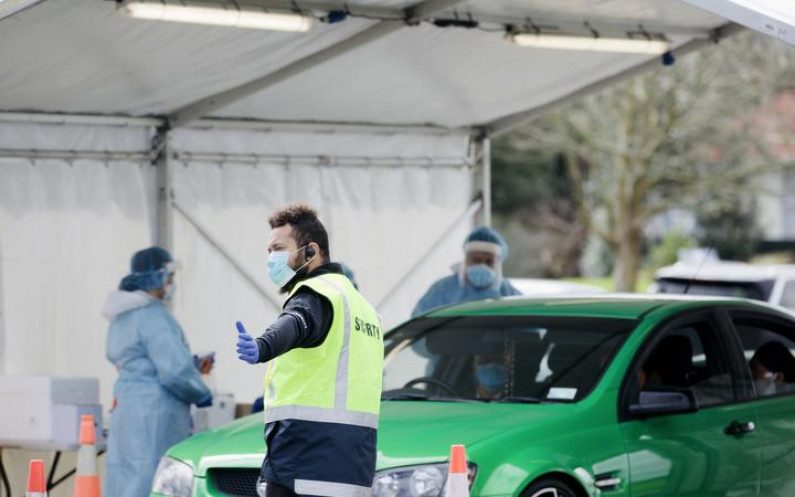 Experts say the government needs to prioritise more funding and health resources for South Auckland, which will remain New Zealand's ongoing front line in the battle against Covid-19.

They say targeted community-led vaccination, faster testing and more resources for Middlemore Hospital are the top priorities, and greater data transparency will be important.

He said the lockdown was having an effect and new case numbers could be expected to continue to drop, but "with Delta it's what we don't know that creates the problems".

"What we need to take away from this experience is that delta thrives on inequality," he said. "We must ensure that we now deploy spending and public health resources to South Auckland because that is going to remain our ongoing front line in the battle against Covid.

"The generation time is only four days from onset in the person, index one, to when they start infecting other people and so on. So you have no time and in those denser communities, more essential workers, more mobility in a lockdown leaves those communities very vulnerable."

He said South Auckland, which has a high proportion of Māori and Pacific people, would "remain our frontline" and the strategy had to be designed specifically to account for that.

"This is the outbreak we feared as long ago as February 2020 because that different cultural and socio-economic setting of South Auckland makes it a much [more] challenging outbreak to deal with.

"You can't leave any vulnerabilities. Covid finds a way of exploiting them, you need the maximum and if you don't bring your minority communities along you leave a vulnerability."

Motu Economic and Public Policy Research executive director Dr John McDermott said while other countries had relied on contact tracing and that had proved successful for combating the virus at first, Delta was running faster than those systems in many other countries.

"We have to learn rapidly from that and take that on board and actually apply our resources to where the biggest risks are, and if they happen to be in South Auckland for whatever reason that's where we need to apply those resources."

Jones said there were three components in terms of how things could have been, and still could be, better managed.

"I think there's been an assumption that lockdowns achieved elimination - elimination really involves a whole range of strategies that we now need to adopt.

"When we did elimination we were the first country to pursue elimination. And, you know, in the '30s we were the first to create a welfare state. I think ... we have to be the ones to do this. I don't think there's any examples we can actually look at ... this is very specific to us."

Te Pūnaha Matatini Covid-19 modeller Dr Shaun Hendy told the select committee modelling had estimated the time to reach elimination using lockdowns could be roughly halved by increasing vaccination levels from 30 to 50 percent of the population.

Jones felt vaccine resources should have prioritised South Auckland immediately, and vaccination efforts should follow a "bottom-up" process of working through the communities.

"What we don't want to do is to get stuck in a few weeks and realise we're missing significant communities who remain vulnerable."

He said the government needed to work with community groups ahead of time to build surge capability in vaccinations as well as public health.

He said that as researchers, they has specifically sought Māori knowledge in in planing for vaccinations, especially considering health inequities already existing in the system.

"We see ourselves as Covid analysts so in our models you can't account for that disparity but in the way you think about it, it's critical. And we've gone out to listen, and to learn, and gain a better appreciation of the sorts of challenges we face.

'The Delta variant gives us no time'

Secondly, there should more options - including saliva and rapid antigen - in the testing toolkit, Jones said, and they needed to be approved for use faster.

"PCR tests give you the ultimate certainty but we need businesses ready to test, we need communities, we need marae to have testing capability using rapid testing, using saliva testing. So globally there's all sorts of tests now being used, and we need to speed up the approval, we need those now.

"What we have to understand is this is the first of many outbreaks we're going to have, this is not the last, and so we need to learn from this and how just relying on PCR testing, making people wait in cars for six hours, leaves us on the back foot.

He said he was initially a sceptic on rapid testing but Covid-19 was an ongoing challenge and Delta required a faster response.

"This is ongoing - 2020 was very set-piece, Delta is dynamic - it's going to leak, we're going to have a series of outbreaks and rapid testing should be an important part of the toolkit.

"For the occasional false negative it's all those positives you get early that make the difference.

"We've got to find every case, and the Delta variant gives us no time."

The third priority was more investment in Middlemore Hospital. Jones said Singapore was providing the best model in terms of vaccination - with rates above 80 percent of the population - but they were still dealing with an outbreak of more than 300 cases.

"The vaccinated are doing much better in terms of hospitalisation and ICU usage, but Singapore reminds us that we've got a long way to go."

"What we're seeing in Singapore is people were still going onto oxygen, still ICU. We need to invest heavily in Middlemore, we need more negative pressure wards."

He said the hospital had suffered years of underinvestment, and also needed the capacity to surge in case of an outbreak.

"The advantage wealthier countries have is they just start from a better starting point of more ICU beds and hospital beds. What we have today is the function of decades of approach to health and so in some ways we should use this as a way of saying we need to change," he said.

"Middlemore hospital is one of the most underresourced. It's difficult politically to prioritise an area, but Covid's not going to go away, and we're going to be battling this for some time."

Jones said data based on the onset of symptoms rather than the date of a positive test led to more accurate modelling.

He said more of the rich data the Ministry of Health had needed to be shared more widely.

"I think transparency is incredibly important, and will anchor, kind of, expectation and confidence. I think we need much more transparency, we need really detailed data online that people can access, that individuals themselves can build models and access it and start to understand it.

"This is not something that should be elite, this is what we've going to have to live with and the more understanding people can build the better, and that comes through information."

He was ambivalent about whether a standalone Covid-19 focused health body could help, however.

"I'll express a personal opinion. I think from that emergency response led by the ministry of health to an ongoing response, there is an argument that we will need to use different tools, and maybe an agency.

"Adding more layers may not necessarily help if your strategy is wrong on the ground, so it's arguments for and against."

Hendy said while sometimes modelling reports went to the Department of Prime Minister and Cabinet before being publicly released, the researchers had the final say on when and how things were released.

"We do try and give the government a heads-up. Don't always give them a heads-up, the option is left to us, you know, we've got the final say on when we release things but we do try and make sure that ministers have been exposed to the work ... so that they've got an understanding of what's coming."