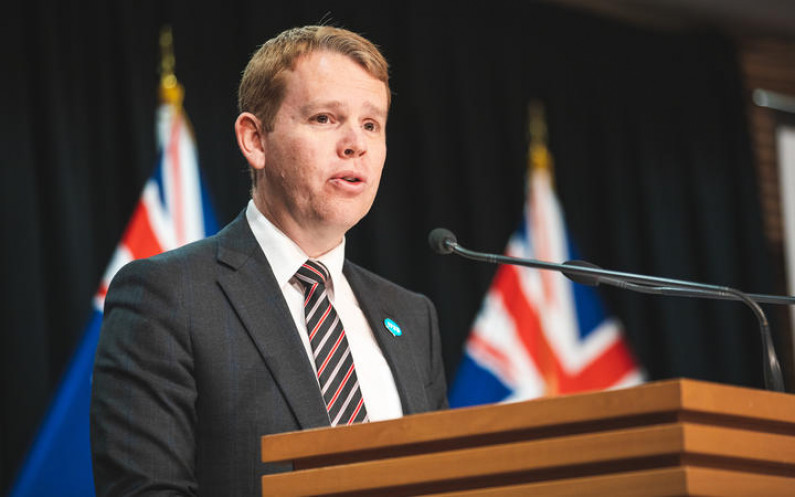 Health Minister Chris Hipkins says it has become apparent some close contacts of the Mt Roskill Evangelical Fellowship church sub-cluster were not previously disclosed, including a student that recently tested positive.

A student at St Dominic's Catholic College in Auckland has tested positive for Covid-19, and has been linked to the sub-cluster.

The student was last at school on Friday but left early after starting to feel unwell.

Hipkins said in this case it appears that it was a close contact of the sub-cluster that had not been previously disclosed.

The authorities are now looking into whether that was on purpose.

"That's one of the things that the investigation is looking at now and it will include looking at whether there was a deliberate decision not to disclose, or whether it was simply an oversight," Hipkins said.

He said this sub-cluster has been a challenge to work with as some members do not understand the seriousness of the situation.

"There are certainly some within the cluster that perhaps don't accept or haven't previously accepted the science involved here."

They are now being educated on the gravity of the situation, he said.

"It would certainly appear that they were skeptical at the beginning," Hipkins said. "I think that a lot of work has been done with them since then."

Hipkins said parents should still feel confident sending their children to school though.

"Clearly there's been one or two cases where the contact tracing system hasn't identified them, but they were picked up by testing instead.

"So, the backstop of wide testing is picking up the extra cases so parents can have confidence that outside of the schools that have been identified there aren't extra cases that aren't disclosed."

St Dominic's Catholic College will close for at least three days and the Ministry of Education are working to identify close contacts of the case.