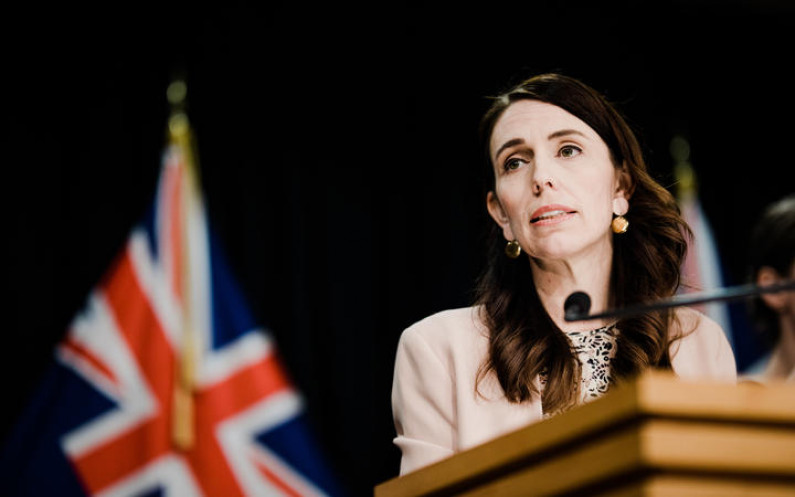 The Prime Minister has committed to doing everything possible to avoid putting the entire country back into lockdown, describing that as a "last resort".

Jacinda Ardern has laid out Cabinet's plan this morning for if Covid-19 manages to slip through the border and break out in the community.

Speaking at Parliament, she said if community cases emerged, the government would impose restrictions locally or regionally in the first instance, rather than nationwide.

"Our priority will be to control any cases with the least intrusive measures, and over the smallest area we can," she said.

"We only need to look to Victoria, New South Wales, Hong Kong, Singapore and Korea to see examples of other places that like us had the virus under control at a point in time only to see it emerge again."

Rather than being a failing, Ardern said perfection in the response to a virus and pandemic is not possible.

There are now nearly 13 million cases worldwide, Ardern says when New Zealand first closed its borders on 19 March, there were only 240,000 cases.

"Experts tell us that even with the best precautions possible, the chances of the virus passing from a surface, or a contact with someone who is a carrier are high.

"We must prepare now for that eventuality and have a plan at the ready in the event that it does."

Ardern said the government will be guided by science and what they know works.

She says the government learnt a lot from the first wave of Covid-19.

"No one wants to go backwards but the reality is... it is not over."

While the alert level system remains in place, if there was to be cases of Covid-19 in the community, it would be applied on a smaller scale.

"We will move at a local or regional level ... before we would move to national."

This is about preparedness, she said, and important to also give businesses some assurances.

The alert level framework can be used locally, nationally or regionally if need be, she said.

But, the first use will be local, she said.

"In practical terms, that means doing absolutely everything possible to avoid the entire country returning to alert levels 3 or 4 as a measure of last resort."

The three scenarios currently being planned for are:

A case or a number of cases in a community

Strong restrictions may be applied but only locally in a neighbourhood, town or city. Local measures would include contact tracing and isolation of cases and contacts, scaled up and targeted testing of people connected to the case, such as workmates, people in the house or neighbourhood. The rest of the country would likely remain at Level 1.

A larger number of cases or a cluster in a region

Multiple clusters that have spread nationally

Borders would need to be established to contain locally or regionally, and would be supported by agencies, she said.

She said a regional level 4 would be to contain an outbreak.

"We would maintain a certain level of flexibility depending on what sort of outbreak we have."

She noted that in other countries, apartment blocks, workplaces and suburbs have all been locked down.

"The message here is in that eventuality, we wouldn't necessarily be moving all of New Zealand at once..."

New Zealand has learned that things move quickly and giving more than 24-48 hour frameworks would lose effectiveness, she said.

"The more accurate that is early on, the more targeted we can be in our approach."

Ardern said she doesn't put a timeline on how long New Zealand's borders will be closed, "but it continues to be an area of risk that needs to be managed."

She said the news of Judith Collins becoming the new opposition leader is taking a "bare minimum of her thinking".

"I think right now, politicking doesn't matter much to them (the public)."

Hipkins said the contact tracing system will be at a gold standard when every New Zealander is keeping a good record of where they have been and every business has QR codes.

He said over recent weeks he hasn't been as diligent as he should have been but he's stepped up his game.

"What if tomorrow there is notice of a case and we need to notify anyone who came in contact in or near that place," Ardern said.

She said people who test positive for Covid-19 may be removed from the community, and their homes, and put into a facility.

Hipkins said they are looking at different options for further contract tracing.

Ardern said there is an element of personal responsibility in all of this.

But the NZ Covid Tracer app is not a complete solution, she said.

"The Covid tracing app is all about people controlling their own data," Hipkins said.

In regards to a bubble with Rarotonga, Ardern said she's continuing her discussion with the Cook Island's prime minister.

Very strong physical barriers would be needed at airports for this to happen because there is currently no way to separate someone who is positive from someone who has come from a place with no cases, Ardern said.

She said any trans-Tasman bubble would be restricted to what is happening in each country.

"Obviously, now is not the time."

Ardern said on the issues of masks, there would be very specific guidance if there were to be outbreaks.

The NZ Covid Tracer app provides speed, unlike other apps, she said.

"I can tell people hand on heart that it is an app that looks after your personal security."