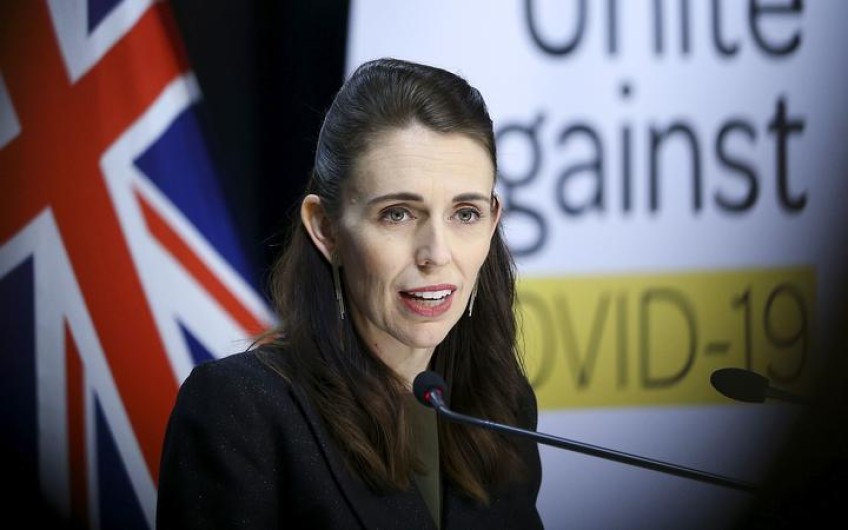 Prime Minister Jacinda Ardern has announced a staggered move into level 2 starting on Thursday, with schools and bars reopening later and groups limited to 10 people.

Ardern, joined by Director-General of Dr Health Ashley Bloomfield, made the announcement at 4pm.

"We may have won the battle, but we have not won the war," Ardern told New Zealanders.

"None of us can assume Covid isn't with us"

She said retail, malls, cafes, restaurants, cinemas and other public spaces including playgrounds and gyms would be able to reopen on Thursday, 14 May.

Schools would return to normal classes from Monday 18 May, while bars would have to wait until Thursday 21 to reopen.

She warned that parties and group bookings at restaurants would be restricted to just 10 people.

Find out what alert level 2 means here, or watch the Prime Minister's announcement of all the details from last week.

"I know that many NZers are looking forward to catching up with friends and family, and this Thursday, you can," Ardern said.

"Go and see your mum, just don't turn it into a massive family gathering while you're at it"

"If our numbers continue to look good, we will begin to grow those numbers [of social gatherings]."

The government has previously said a safe transition that locks in gains made in alert levels 4 and 3 would be its priority, and it would not rule out moving to level 2 in stages.

In making the decision, Cabinet members would have looked at the most up-to-date evidence, advice from Dr Bloomfield and other experts, and weighed all aspects of the country's Covid-19 response against its effects on the economy, businesses and workers.

Earlier today, the regular daily Covid-19 briefing was not held and the Ministry of Health instead revealed via a media release there were three new cases of the coronavirus and no further deaths.