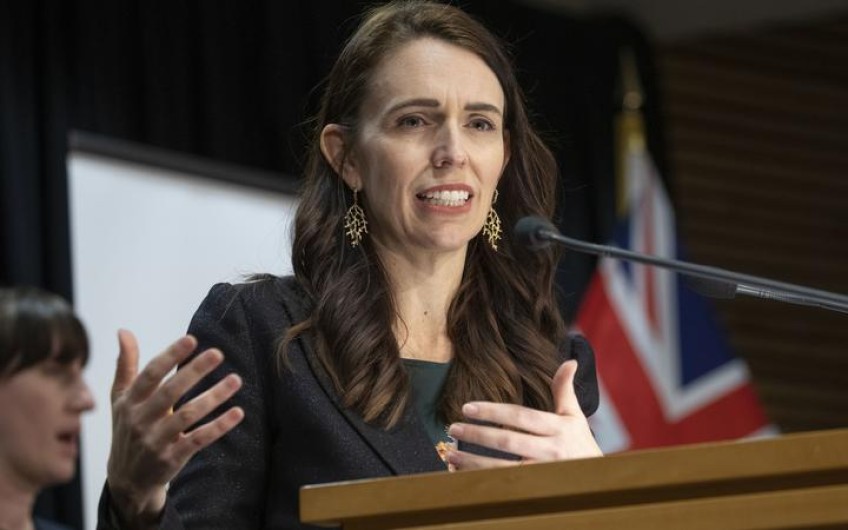 As Auckland waits to hear if it will move down an alert level this week, Prime Minister Jacinda Ardern has assured the country the level four lockdown is having an impact, even with a small rise in case numbers in the past two days.

Ardern and Director of Public Health Dr Caroline McElnay have given today's Covid-19 update from the Beehive.

There were 24 new cases reported in New Zealand today.

Yesterday the Ministry of Health reported 20 new community cases of the virus, all in Auckland. The figure was a spike after several days of lower numbers, with 11 cases reported on Friday and 13 on Thursday.

The government is set to announce tomorrow whether the country's alert levels will be changed.

Dr McElnay said they will be preparing advice today ahead of decision tomorrow.

"We're still cautiously optimistic that the vast bulk of this outbreak is under control, we're just dealing with a long tail."

Ardern said level 4 was working and the whole country could see this, but as long as there is a level 3 or 4 situation in Auckland, there is risk.

"Delta's tail is long and it is hard.

"The one thing I would say to Aucklanders: your work has paid off, as you've heard from our public health advisors, they consider that we do not have large scale community transmission in Auckland, and that has been because of level 4 and the work that people have done.

"So level 4 has played an incredibly important role of getting that outbreak under control. Yes, we still have cases popping up, there's still work for us to do. But we absolutely factor in how Aucklanders are coping with some of the restrictions we've had to date, but also the best way for us to get back to normal as quickly as we can."

She said despite larger case numbers, they continued to be dominated by household contacts.

"We have had unlinked cases over the course of this week, but many have been subsequently linked over the days that followed.

"That does still however present some challenges for us - while it means that we can join the dots, those dots do still produce more cases with more household contacts. It means that the tail produced by Delta is long, and it is tough, and people will have seen that in our case numbers. But it doesn't change what we need to do, and that continues to be stay at home and get vaccinated."

Ardern said 78 percent of eligible Aucklanders have now had their first dose.

"Since Thursday Aucklanders have turned out in force to do the best thing that they can do to gain greater freedoms and avoid future lockdowns, and that is get vaccinated.

"But every unvaccinated person opens up the potential for a new chain of transmission to start, so we need to keep going and get our rates up even higher."

Yesterday there were 53,386 doses given nationally.

"If you know someone who hasn't been vaccinated, call, reach out to them today to encourage them to get vaccinated too," said Ardern.

"Some people will have genuine questions and concerns, and if they do, listen, share information from trusted sources - often it's just a case of people having the information they need to make a decision. For some people they may not have gotten round to it or need help in making a booking or finding out where to go.

"We all have a role in supporting others to get our vaccination rates as high as possible - it is free, there are sites open all across Auckland and the rest of the country, so please, get vaccinated to protect your family and loved ones."

Auckland police yesterday complained about lots of people out and about on the roads and at beaches, despite level 4 rules in place for the region that allow only essential travel.

Ardern said those people needed to think about those they put at risk by travelling, as well as everyone in Auckland right now.

She said Auckland's border controls were not failing and measures were put in place to control travel in and out of the region.

Ardern said people in some cases were not telling the truth and using dishonest methods to get through, or using legitimate purposes to go on with unpermitted activity.