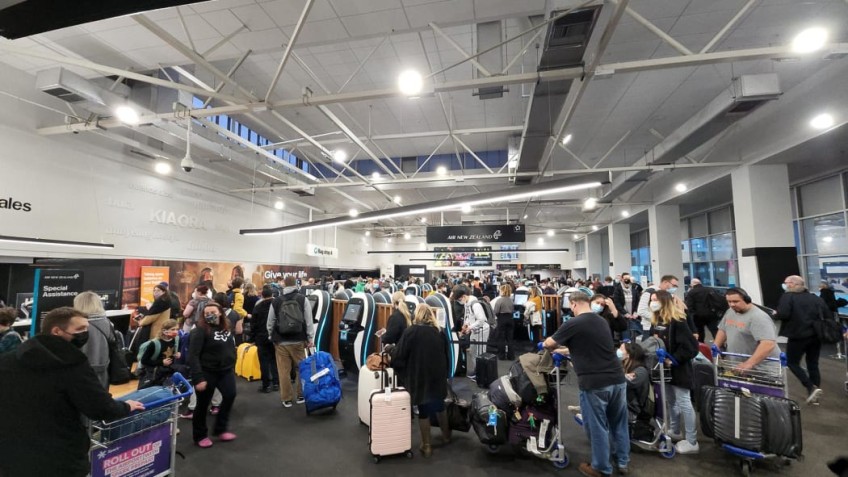 The number of average daily border cases was 65 in the week before pre-departure testing was dumped; last week it increased to 307.

University of Otago epidemiologist Michael Baker said it was a bad sign and meant new-variants of Covid-19 would enter the country quicker than ever before.

"We've got less of a lag from when new variants emerge overseas and start to become dominant before they arrive in New Zealand," he said.

"We are effectively seeding the country much more rapidly with new variants from overseas."

International travellers need to complete rapid-antigen tests (RATs) on the day or day after they arrive in New Zealand and again five or six days later.

Baker said that was too little too late.

When the government scrapped pre-departure tests, it said it was not anticipating a significant increase in Covid cases. However, according to Ministry of Health data, the positivity rate of international arrivals is now 4 percent compared to 2-3 percent previously.

"One of the options would be having a service that is provided by the airline at the airport. A RAT test that's administered while people are waiting to board the flight and if they test positive then their travel is deferred for a period."

He said while it would have minimal impact on community transmission rates, it would reduce the number of infectious people on the flight and slow the arrival of new variants into New Zealand.

He said a negative pre-departure test should only be a requirement for long-haul flights, particularly those departing from countries in the Northern Hemisphere.

"You're looking at a whole day, or more, of travel to New Zealand. That's a lot of time where you're going to be potentially exposing other people to your virus."

Te Pūnaha Matatini contagion modeller Dion O'Neale said pre-departure tests had previously caused a lot of unnecessary hassle for international arrivals, with not much pay off.

"At a national level it wasn't doing a huge amount to keep people safe once we had Covid spreading in the community here anyway. At an individual risk level, it's still a sensible thing to do."

However, he said that pre-departure testing could be beneficial to making air travel safer for both passengers and crew, but he thought it should be encouraged rather than enforced.

"Most people do want to do the right thing."

O'Neale said that the latest outbreak had increased the risk of catching Covid-19 across the world.

"We've had an increase in case numbers, both in our turnover and in other countries as well. And this is mostly driven by reinfections, with BA.5."

In a written statement, Covid-19 Response Minister Ayesha Verrall said she was confident the measures in place were sufficient.

"Pre-departure tests were never a guaranteed way to keep Covid-19 from making its way here, especially due to the infection risk during transit to airports and on people's journeys."

Verrall said the recent increase in border cases was not high enough to have a significant impact on spread in the community "especially in comparison to the number of new daily community cases".