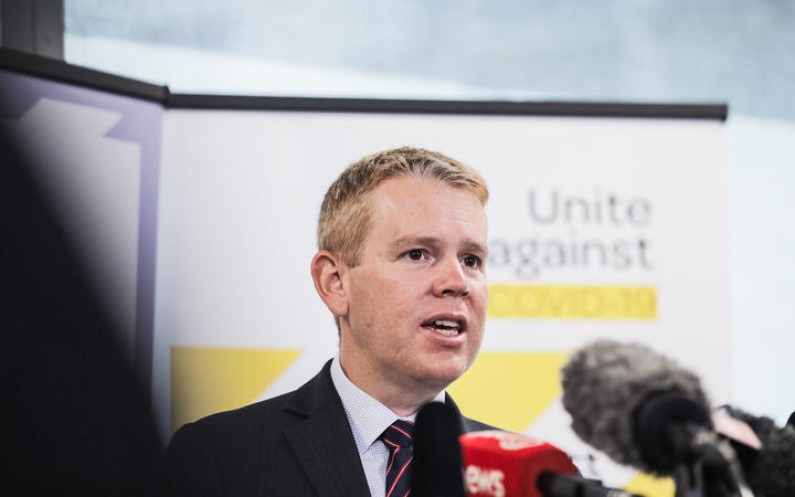 All of NZ to move to orange setting from 11.59pm tonight

Covid-19 Response Minister Chris Hipkins has confirmed the entire country will drop from red to the orange traffic light setting from 11.59pm tonight, saying the "overall picture is a very positive one."

Hipkins said the change in alert levels was justified for several reasons, including an ongoing decline in cases.

He said it had been three weeks since the most recent simplification to the traffic light system, and despite the "significant relaxation of the settings, we've continued to see positive improvements in the overall trajectory".

Planned care delivery is also increasing day by day, and deaths were also decreasing, from a seven-day rolling average of 20 a week ago, to 13 now.

"The overall picture is a very positive one."

The change ot the orange traffic light setting means there are no indoor or outdoor capacity limits and no seated and separated rules.

Face masks remain an important protection and are encouraged, but are largely no longer required.

They are still required at some gatherings and events, close-proximity businesses like hairdressers and food-and-drink businesses.

Masks are also no longer required in schools, though they are again still encouraged. The ministry is providing further advice to schools about increasing ventilation.

Hipkins said mask requirements in schools will no longer be justified in all cases, some will have high rates of vaccination or immunity through having had Covid-19, and others might not be experiencing outbreaks at all, so it "does move to a more localised response from schools".

He said masks are still required on public transport and flights.

He says Cabinet "absolutely" considered the possibility of requirements for mask use in schools.

"Ultimately looking at a school by school basis, in some schools there is still a very strong justification for masks - but not all.

"It is very challenging for schools, it has proven to be one of the most challenging Covid-19 requirements."

He said schools have been provided with guidance, and they have access to public health guidance so they can consider the advice for themselves.

Hipkins urged the roughly 1 million New Zealanders who have not yet got booster shots to do so, saying New Zealand fared much better than many other countries because of high levels of vaccination.

He said the only question in considering settings was over whether the move to orange would be tonight or tomorrow, and ultimately the evidence was very in favour of moving to orange.

The next review of the traffic light settings will be in mid-May.