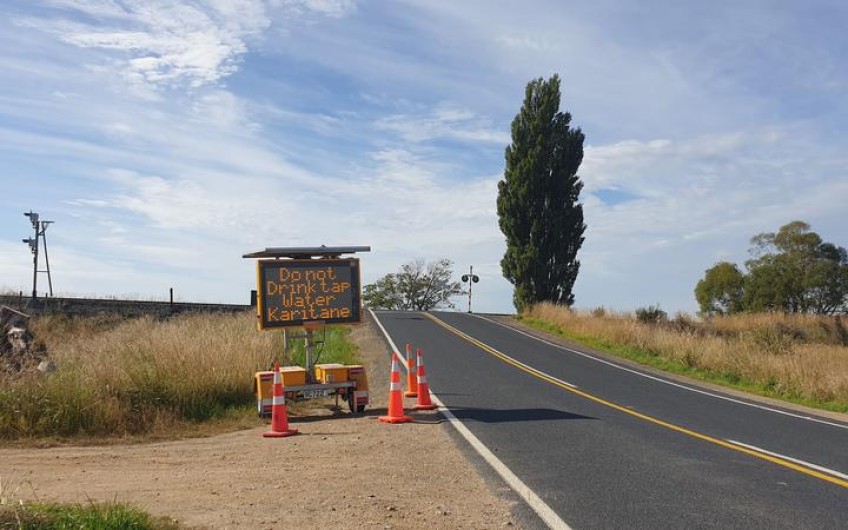 The Dunedin City Council has resorted to putting a helicopter in the sky as it scrambles to discover the source of lead poisoning to an east Otago water supply.

Nearly six months after receiving the first positive test results, the council finally advised Waikouaiti and Karitāne residents this week not to use tap water.

Now some locals feel they are still being kept in the dark about how dangerous the poisoning could be.

The helicopter flew over the catchment for Waikouaiti and Karitāne, searching for contamination which could account for the elevated lead levels.

The city council said information from that flight has been passed on to the Otago Regional Council, but will not elaborate further.

Waikouaiti-based community board member Sonya Billyard said locals are clamouring for more information from the council.

"The big thing is people with livestock - we are a rural community... I think they've been left in the dark a little bit, there hasn't really been a decisive answer, or it's been conflicting information coming through," she said.

One early theory was the lead could coming be from Macraes gold mine, but its operator OceanaGold has told RNZ that is not true.

It says there is no lead to be found within the rock at their operation.

The Otago Regional Council also said there is no information to suggest a link to the gold mine.

Phil Southwart - who lives near Karitāne - said residents need to know more about the readings of the lead levels.

"The memo that came out from the DCC [on Wednesday] doesn't say anything about what recording results were. To me it almost seems like a disclaimer that they've done everything right," Southwart said.

"I'm not saying they haven't but because we haven't been given the actual scientific readings ... has this been going on since August? Have we been drinking dangerous water since August? Even if it's off and on," he said.

Of the six tests returning high lead readings, four were at the Waikouaiti Golf Club, one at the Karitāne Bowls Club, and the one that sent officials scrambling this week - was at the Waikouaiti raw water reservoir.

The first, taken from the golf club, was received on 13 August last year, but deemed a "one-off spike".

Councillor Jules Radich, who sits on the infrastructure committee, said to keep the information quiet for nearly six months was not appropriate.

"In the very first instance, I feel slightly aggrieved as someone with a chemistry degree and we have also councillor O'Malley who is the chair of the infrastructure committee who is a scientist," Radich said.

"I think it would have been good for them to discuss the issue with us as soon as they knew."