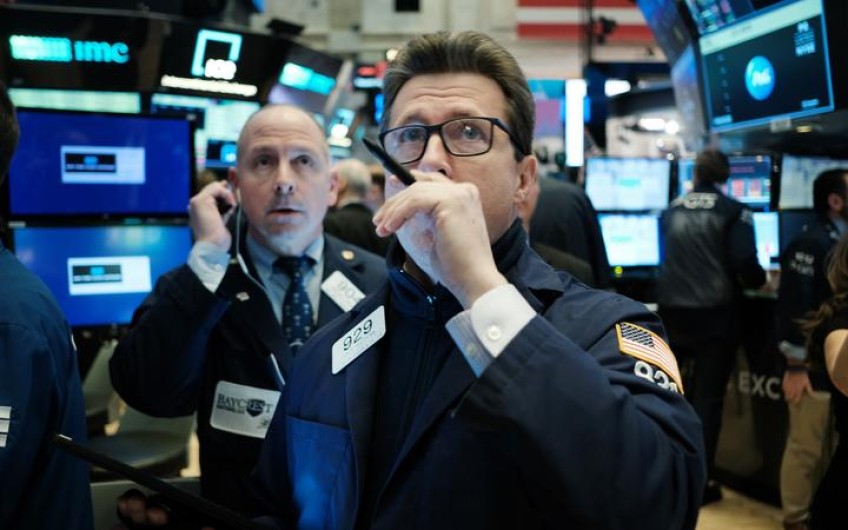 Coronavirus: US trading halted as shares plunge around the world

Trading in US shares was briefly suspended after sharp falls led to an automatic halt in the selling and buying of stocks.

Once trading resumed, the three major US stock indexes were down over 6 percent.

The move follows dramatic falls globally with shares facing the worst day since the 2008 financial crisis.

Oil prices plunge by 20 percent after Saudi Arabia launched a price war with Russia, hitting markets already reeling from fears of the impact of the coronavirus.

Trading on the top three indexes in the US were halted for 15 minutes. When trading resumed shares continued to fall, before appearing to stabilise. By mid morning the Dow Jones was down 6 percent.

The current system was put in place in 2013. This is the first time a stop has been triggered under the current rules.

In US markets, falls on the Dow Jones index of major companies were led by oil firms Chevron and Exxon Mobil, which fell more than 7 percent.

The oil price fell nearly 30 percent to $US31.14 on Monday, its biggest single-day fall since the start of the first Gulf war in 1991, before recovering slightly to trade 20 percent lower.

"It shows a level of nervousness in the market which I haven't seen in a long time," said Justin Urquhart-Stewart, co-founder of Seven Investment Management.

Investors are selling stocks at such a rate because they cannot quantify what Saudi Arabia and Russia might do, he said.

The UK falls came as stock markets around the world saw dramatic falls. In Europe, the main stock market indexes in France, Germany and Spain were all trading over 7 percent lower.

Elsewhere on the markets, the price of gold hit a seven-year high, trading at $1,700 per ounce. Gold is often seen as a desirable asset to hold in times of uncertainty.

And in a historic moment, the price on benchmark UK government bonds for two-, three-, four-, six- and seven-year maturities rose so high that yields - or the rate of return on the bond - briefly turned negative for the first time. A negative yield means investors will lose money from holding the bond.

In China, the benchmark Shanghai Composite fell 3%, while in Hong Kong, the Hang Seng index sank 4.2%.

Why should I care if stock markets fall?

Many people's initial reaction to "the markets" is that they are not directly affected, because they do not invest money.

Yet there are millions of people with a pension - either private or through work - who will see their savings (in what is known as a defined contribution pension) invested by pension schemes. The value of their savings pot is influenced by the performance of these investments.

Pension savers mostly let experts choose where to invest this money to help it grow. Widespread falls in share prices are likely to be bad news for pension savers.

As much as £600bn is held in defined contribution pensions at the moment.

So big rises or falls can affect your pension, but the advice is to remember that pension savings, like any investments, are usually a long-term bet.