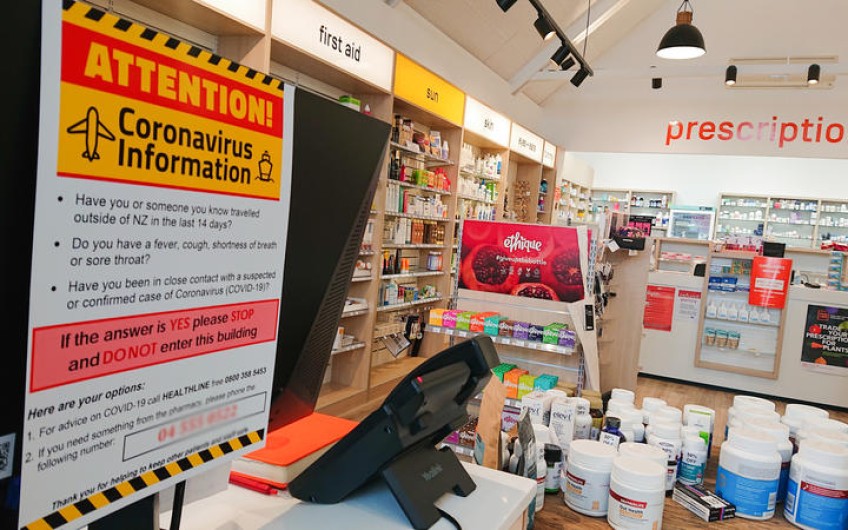 Taking drastic action and locking down the country now could keep the Covid-19 coronavirus from spreading, and get New Zealand back to business sooner, epidemiologists say.

A petition created by a Wellington urgent care physician calling for the government to ramp up its response to the virus has been signed by more than 10,000 people.

The petition urges the government to jump straight to a level-four response based on the four-level alert system Prime Minister Jacinda Ardern announced on Friday.

The founder, urgent care doctor Kelvin Ward, told RNZ's Morning Report New Zealand had to learn from other countries and not wait until the country was in a more dire situation.

"The burden of disease in society now is much greater than what we see in the official numbers," he said.

"We have to put action in place as though we were London, now, as though the situation here was what we're seeing in London. We can't wait to when it gets to that point to put those measures in place."

Prof Baker, from Otago University's Department of Public Health, is the only epidemiologist on the Ministry of Health's technical advisor group told RNZ's Morning Report he agreed with the petition absolutely.

"It's very very serious, it needs a vigorous response now," he said.

He said now was the time to be locking the country down.

"There will be community transmission at present. We can't track all these chains but if you actually shut things down, then clusters ... basically they can't go anywhere.

"So, you might have a few cases in a family but they can't affect other people so the virus actually starts to disappear."

"We basically have two choices - we can follow Australia and other countries down the path of exponential increase in cases, and we know that will happen - and in that process we try and slow down or suppress it but we don't do enough to stop it.

"There is another alternative and that's that we work very hard to eradicate this infection now. The difference with this strategy is it requires maximum upfront effort.

"It almost seems perverse but actually when you have very little infection in the community that's when you need to do the most, or else you go down the other path."

See all RNZ Covid-19 news Covid-19 alert system: What you need to know Self isolation - your questions answered Touching your Face: Why do we do it and how to stop Scientific hand-washing advice to avoid infection

Prof Baker said it seemed like a dark tunnel, but there was light at the end of it and such a strategy could mean returning to normality much sooner.

"That is the beauty of eradicating this infection, and we know this from Wuhan - they are actually getting back in business now after two to three months - and the thing is once you've eradicated the virus in new Zealand ... it means that you're suppressing these chains of transmission.

"It also gives us a chance to ramp up all those other critical things - more testing and more contact tracing ... and then we can actually imagine emerging from this process in a relatively short period of time.

"It'll be a new normal but it'll be much more manageable than shutdown."

He rejected the idea that introducing such measures now could lead to widespread panic.

"I think we have to manage this very carefully but people I know, they actually understand this. I think they're more frightened by not having a shutting things down at this point."

He said the virus was different to an influenza and needed to be managed in a different way.

"Very different to how we manage flu pandemics where you can't eradicate them because they have a very different biology. We've been treating this like a flu pandemic - we need to treat it like a different virus."

University of Otago Medical School epidemiologist Sir David Skegg, who is also a former chairman of the Public Health Commission, Health Research Council and New Zealand Science Board, told RNZ's Nine to Noon we must expect some community transmission.

"I've been tired of hearing for weeks now people saying the risk of community transmission is low, this disease is highly infectious and I don't see why the virus would behave differently in New Zealand than elsewhere."

He said the government's early decisions were great, but by patting ourselves on the back we were being fooled by the early numbers of cases here.

"We've got a relatively small population and if you adjust for our population, we are just about eight days ... behind the United Kingdom," he said.

"When I plotted against their curve, after adjusting to population, I can just see where we are on their curve and I don't like to look at where we could be going in the next eight days."

"We do need to make rapid decisions, I don't want those eight days to be wasted."

Sir David admitted it was very difficult to compare countries because the official numbers of infected people depended entirely on the number of people tested.

"Obviously if you had no testing, you'd think you had no cases. Ironically, the more testing you do, the more cases you'll detect and the worse you'll look."

He said he was concerned New Zealand was not getting enough advice from experts on disease control about what should be done and he would like to see a group of infectious disease epidemiologists convened urgently to examine Prof Baker's ideas and advise the government.

Everyone, including himself, underestimated Covid-19, he said.

"We knew how infectious it was in China, we knew there was a thing called the basic reproductive rate, which tells you how many people each infected person infects, I think we should have really been more aware of the risk around the world."

He believes larger numbers of carefully targeted testing, rapid tracing of contacts, and isolation of infected is what is needed.