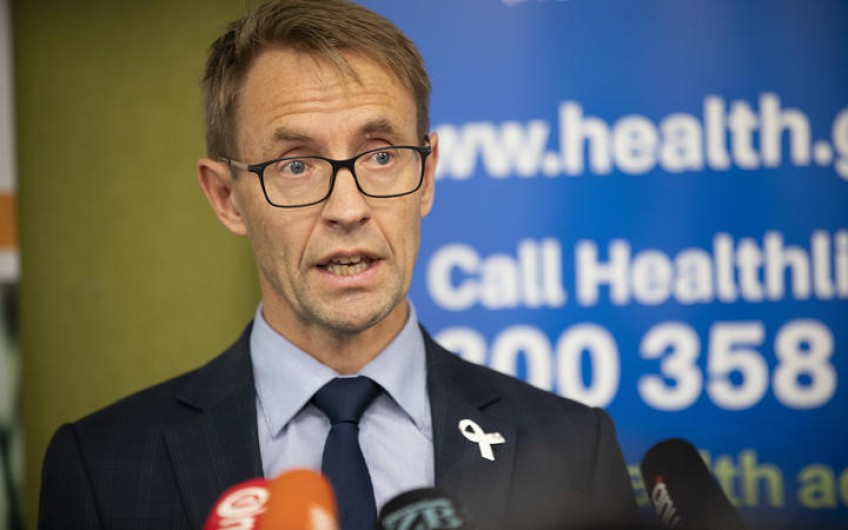 As New Zealand records 78 new cases of Covid-19 in this country on day one of the lockdown, the Ministry of Health says 27 people have now recovered.

Director-General of Health Ashley Bloomfield said there were 73 confirmed cases and five probable cases reported this morning, and warned that New Zealand may see thousands of cases before the turnaround point.

He said 27 people had now recovered from the infection.

Seven people are now in hospital - three in Wellington, two in Nelson, one in Waikato and one in Northland - but none of them are in intensive care.

There have now been 283 confirmed and probable cases of Covid-19 confirmed in New Zealand.

Dr Bloomfield said the new results included a number of clusters - at Marist College, the World Hereford conference in Queenstown, a Wellington wedding, a group trip to the US, a number of people in Hawke's Bay that are associated with someone on the Ruby Princess, and a rest home in Hamilton.

Dr Bloomfield said 2417 tests were processed yesterday. The total number of tests is 12,683.

Pharmacists will have to limit all funded drugs to one months supply, or three months supply for oral contraceptives, Dr Bloomfield said.

"There is no change to the way prescriptions will be written, people will to have to visit their prescriber more frequently, it is simply a change to the amount that is dispensed each visit to the pharmacy.

"This is indeed to manage medicine stocks and ensure our supply chains are robust. There is no significant shortage in any area at the moment."

Speaking at the same media conference, Police Commissioner Mike Bush said those returning to New Zealand from overseas today without a plan for isolation have been met by numerous officials - such as customs and police - then triaged to locations for self isolation.

About 360 people have come through Auckland Airport today. Commissioner Bush said there were a few speed bumps along the way but he was pretty happy with how it all went.

He said eight of the 360 that turned up at Auckland Airport today had symptoms, and about 160 did not have self isolation plans when they arrived.

Bush said one person from a bubble will be able to pick non-symptomatic arrivals from the airport.

He said police will use their discretion when it came to people who did not comply with level four restrictions, but police did have the authority to detain them.

"We often take people into custody for offences, once they've contemplated life and the impact of their decision, we often let them go without charge."

Yesterday at 11.59pm, the country officially moved into alert level four, prohibiting anything but essential services from operating and restricting movement for a period of at least four weeks.

A nationwide state of emergency was also declared yesterday.