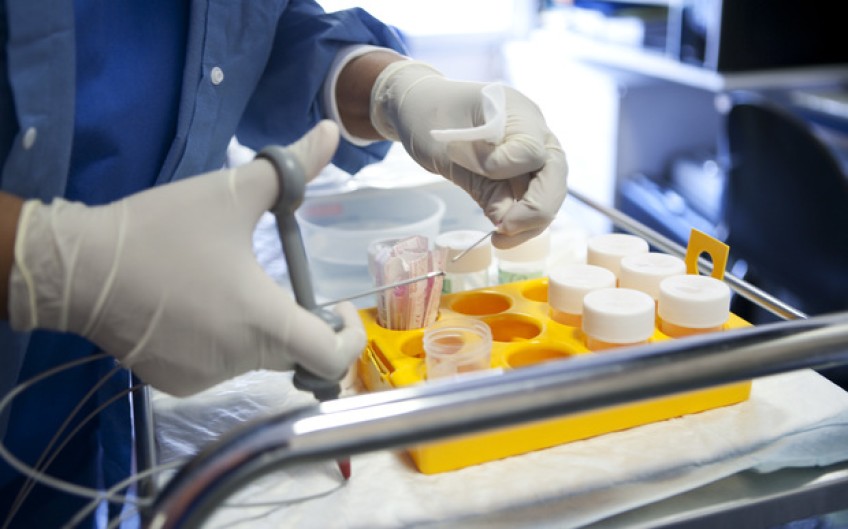 Call for national inquiry into SDHB over cancer screening failures

There are calls for a public inquiry into Southern DHB's colonoscopy service for diagnosing bowel cancer.

A scathing article in the New Zealand Medical Journal a fortnight ago accused the Ministry of Health of allowing the DHB into the national bowel screening programme before it was ready.

Its authors, Professor Brian Cox and Dr Phil Bagshaw, claimed lives had been lost or shortened as a result of Southern DHB being unable to meet the existing need for colonoscopies when it joined the programme in 2018.

They said patients on the programme got priority over those already suffering cancer symptoms.

The pair now want a public inquiry, similar to that of the Cartwright Inquiry in the late 1980s.

"I think what's happened with the Southern District Health Board has been terrible, egregious, but in fact it's symptomatic of what's happening with the screening programme around the country. There are problems in other places too. It's not been set up properly and corners have been cut and people have been hurt," Dr Bagshaw told RNZ.

At the time of the Medical Journal article, the DHB said the programme had saved lives but did not directly address the criticisms.

Dr Bagshaw was so disheartened by that response he now believed a public inquiry was the only way to get answers.

"Basically, what they've said here is the end justifies the means. It doesn't matter that one group in society has suffered without giving its consent, so that another group can do better. That's entirely against all the normal ethics and basis on which medical morality is based."

"I think it's important people are able to be called to account for what has been an ongoing problem which hasn't been fixed, and during that whole period of time people have suffered and they and their relatives and their descendants should the opportunity to put their case," he said.

The pair wanted to see senior officials at the Southern DHB and the Ministry of Health subpoenaed and ordered to testify before a judge.

Their call had support among medical colleagues.

Dunedin GP, Dr Dave McKay, said he had referrals for colonoscopies declined, despite those patients showing worrying symptoms and some later being diagnosed with cancer.

"As I understand it, we provide a service for people with symptoms who present to GPs, surgeons or any specialist for diagnostic processes of ruling out bowel cancer, which is at a very high incidence in the South Island, and unfortunately access to that colonoscopy service has been thwarted by constraints in budget.

"So there have been limitations on who would be scoped in the Southern District Health Board area.

"At the same time, a push towards the national bowel screening programme has been made in the Southern district and scopes were being provided for people without symptoms when we were unable to get our patients seen - with symptoms - for a diagnostic colonoscopy. We believe that's unacceptable and on a very basic ethical level we have a duty of care to the patients that present to us with symptoms."

"The surgeons at Southland Hospital have for many years had very poor access for their patients to the diagnostic service. With many patients, who we believe should have had access to colonoscopy, based on their clinical presentation, being declined.

"The diagnostic service has been under provisioned, so it comes as somewhat of a surprise when, on an already struggling and indeed arguably failing diagnostic service, a screening programme is super imposed with the addition of very little - if any - resource to accommodate those extra patients who are now coming through as asymptomatic."

Cancer care campaigner Melissa Vining said those who had died needlessly and their families deserved answers.

Her late husband Blair sought private cancer treatment after delays meant he could not even get an appointment with an oncologist through the public sector in a timely manner.

"A big part of what's needed is that acceptance of responsibility, that accountability, and that will go a long way to helping those families who've already lost loved ones or who are in the process of losing loved ones - it will bring a sense of peace and help them move forward."

She believed a public inquiry was now the only way those families would get the answers they deserved.

Health Minister Andrew Little did not directly address calls for an inquiry but, in a statement, said he was satisfied with the process that led to Southern DHB's admission into the national bowel screening programme.

"SDHB has been in the bowel screening programme since April 2018. I am satisfied based on the reports I have read that the process for bringing SDHB on board was thorough and the decision to permit them to commence was proper," his statement said.

"I am satisfied the Ministry of Health is providing active input to assist SDHB to make necessary improvements in colonoscopy services."