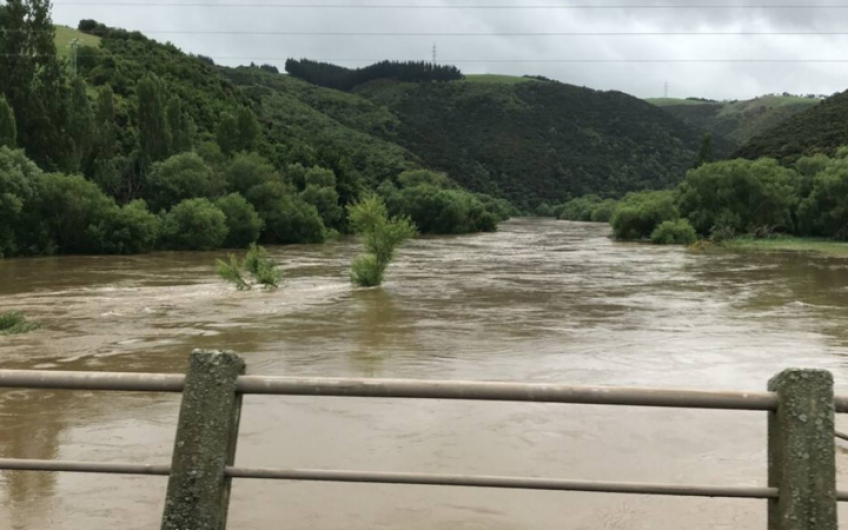 Cold blast: River levels rise in the south, heavy rain for the north

Severe weather warnings in the South Island were lifted last night as rain across the Dunedin and Clutha districts eased off.

Despite rainfall easing in southern regions, rivers have not yet peaked.

The Clutha River is flooding and the Clutha District Council is warning people to avoid all unnecessary travel and stay off the roads if possible.

Those who are out and about are urged to keep an eye out for debris in flood waters and damage to roads.

Dunedin City Council urged motorists to stay off the roads until surface flooding around Dunedin and the Taieri Plain recedes.

State Highway 8 from Milton to Alexandra and State Highway 90 from Raes Junction to Tapanui are closed because of slips and flooding.

State Highway 1 south of Milton is closed to cars and other local roads are also closed.

In the North Island, MetService predicts some heavy, thundery showers could hit in time for the morning commute.

Torrential rain and flooding in Otago means a tough start to summer for local farmers.

The rain may have eased last night, but farmer James Adam's Henley dairy farm - south of Dunedin - was flooded with a couple of metres of water.

He said if it does not drain, stagnant water may kill the grass on his 190 hectares of land.

It's the first summer flood he's seen in 15 years and it has taken the shine off the start of the season, he said.

SH 94 Waimea Highway - Flooding - Due to flooding in Otamita, there is a 30km/h temporary speed restriction in place NEW: SH 97 Mossburn to Lowther - Surface Water