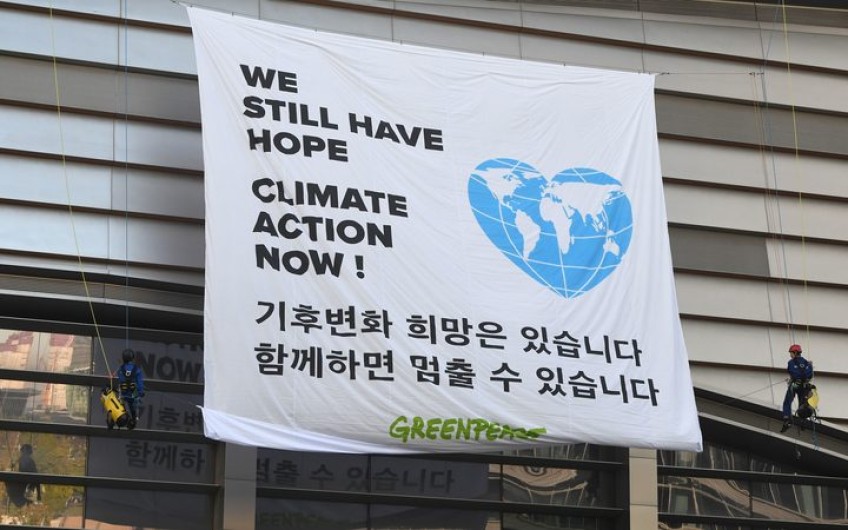 New Zealand's economy could not sustain an emissions target that kept global warming below 1.5°C, a climate expert has said.

In the most extensive warning yet on the risks of climate change, scientists on the Intergovernmental Panel on Climate Change (IPCC) say limiting warming to 1.5°C, rather than 2°C, is necessary to mitigate the worst impacts of climate change.

That half degree difference would change the height of sea level rise, the survival of coastal ecosystems and the availability of food and water resources, the scientists say..

Limiting warming to that target is possible but would require unprecedented changes, Prof Jim Skea, co-chair of the IPCC, said.

Victoria University professor of climate science Tim Naish said the target was not possible without technology - that doesn't yet exist - to extract carbon dioxide from the air.

"To me, it's an academic idea. I think that without technology we're just not going to make it.

"Although in an ideal world it would avoid a lot of climate change impact, my sense is we've just left that too late."

Prof Naish said target was not viable for New Zealand because the economy relies on the meat and dairy industry.

"We've got to reduce production and have less cows and sheep. The problem with that is it would tank our economy in the short-term. We can't do that too quickly, so there's no silver bullet for New Zealand."

"That's why I say, 1.5 is extremely hard. Two [degrees] is a challenge but achievable, but 1.5 is really pushing the limits of the possible rates of change."

"A lot of people have talked about mobilising a level of ambition and courage that we have seen in wartimes in the past," she said

"This is going to require a big effort but it is achievable."

But the scale of change required goes beyond what individuals can achieve, and mass investment is required from government and industry as well to make it feasible for people to take public transport or make their next car electric.

"I think it's helpful to have this report now which maps out exactly what we need to do to ensure a safe and stable climate."

Federated Farmers vice chairman Andrew Hoggard said new technologies could play a part in the deep cuts in methane called for in the IPCC report.

Feed inhibitors, a vaccine, and gene-edited grasses are under development and have the potential for up to 30 percent reduction in methane from livestock.

Mr Hoggard said was a confusing array or reports and farmers should keep doing what they're doing in improving sustainability. New Zealand already led the world in terms of emissions per kilo of product, he said.

Prof Naish said the Paris Agreement, to keep a global temperature rise below 2°C this century, was still achievable and New Zealand was going to show global leadership with the Zero Carbon Bill currently being drafted.

"The pathway that the government is exploring to be carbon zero by 2050 is not super-scary and is quite achievable and actually brings some fairly positive benefits to New Zealand's economy if we follow it."