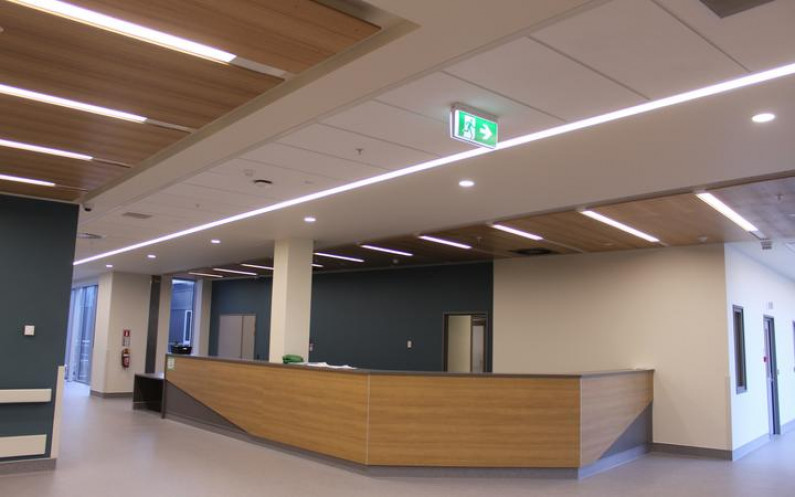 It took a cheque from the government to get Fletchers to finish the new hospital for the West Coast.

That is how West Coast-Tasman MP Damien O'Connor sums up the final chapter in the saga of Greymouth's Te Nikau Grey Hospital.

The new hospital will open to patients early next month, more than two years later than scheduled.

The government revealed this week the total cost of the new facility had blown out to $121 million. That is $30m more than the $91m cost cited by the Ministry of Health as recently as last November.

O'Connor would not confirm the $30m was the exact amount paid to Fletcher Construction to end the company's contract dispute with the ministry.

But he said the sum was a third again of the earlier price estimate.

"Ultimately, the government had to front with the cash to get them moving. It wasn't Covid that did it - they were just hard-nosed; they held out for more money and in the end, we had to write a cheque," O'Connor said.

It had been an agonising process, trying to get the hospital project completed after coming back into government, he said.

"They'd [the previous government] skimped on design work ... the contract was deficient and we had to push on a large number of faults and challenges."

Responding, Fletcher Construction general manager buildings Gary Walker said the company had worked collaboratively with the ministry over a number of months "to settle issues related to delays and the cost of building Te Nikau Grey Hospital".

"We are extremely pleased that these productive discussions and commitments have made the imminent opening of the hospital achievable.

"Together the ministry and Fletcher Construction committed to a programme for the final stage of the project to aid migration. This work continued as an essential service during the Covid-19 lockdown to meet critical handover milestones agreed by all parties.

"Hospitals are the most complex buildings to deliver and this project has been particularly challenging due to a number of factors which all parties will learn from. Working together on a plan to complete the project was the best outcome for the community. We know that when it is operational, this hospital will be an asset that will continue to deliver for the Coast for generations to come," Walker said.

Fletchers began the Te Nikau build in 2016, days after the former National government allocated an extra $9.7m to the contract, taking the cost at that stage, to $77.8m.

In early 2018 serious concerns were being raised about the lack of progress. By late 2019, there were noticeably fewer contractors working on-site, before suddenly cranking up again a few months ago.

O'Connor said the previous government had signed up to an underpriced contract with "extremely weak" penalty clauses.

"It was commercially inept. We found there was no way to motivate Fletchers to hurry up or finish the job without handing over more money," he said.

"Fletchers tendered a price that was never realistic."

It was a relief to see the hospital finished and handed over at last, O'Connor said.

"Hopefully the extra money we've had to pay will guarantee a first-class facility for the Coast for generations to come. We have to thank all those responsible for getting it over the line - it was frustrating for the subbies as well."

There was now a strong focus on the imminent rebuild of the Buller Health Centre in Westport to ensure there were no repeats of the Te Nikau experience, O'Connor said.

The Ministry of Health and West Coast District Health Board were now close to signing the contract to remove asbestos from the old Buller Hospital buildings, which had been holding up the project for the past six months, he said.

Local Democracy Reporting is a public interest news service supported by RNZ, the Newspaper Publishers' Association and NZ On Air.