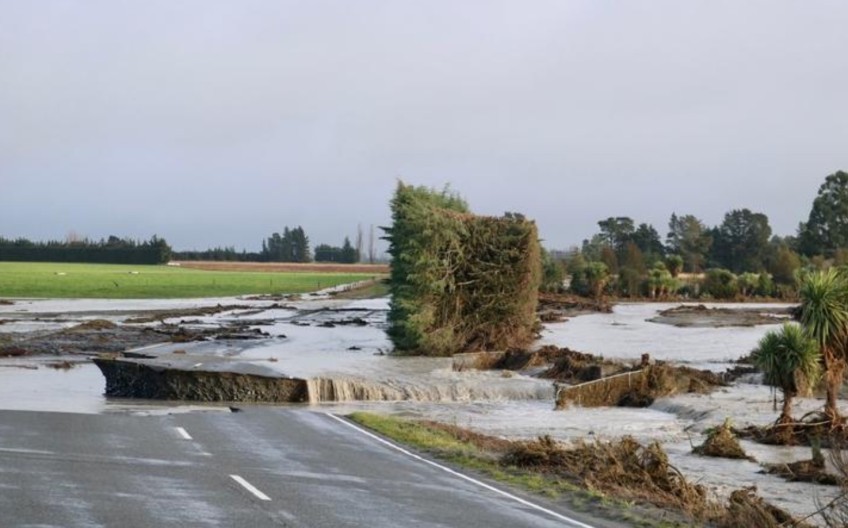 The Ashburton Bridge on State Highway 1 has been immediately closed after motorists reported they could feel it slumping underneath them.

There is currently no alternate route south as all other road options are closed.

An up-to-date map of the road closures in the district can be found here. 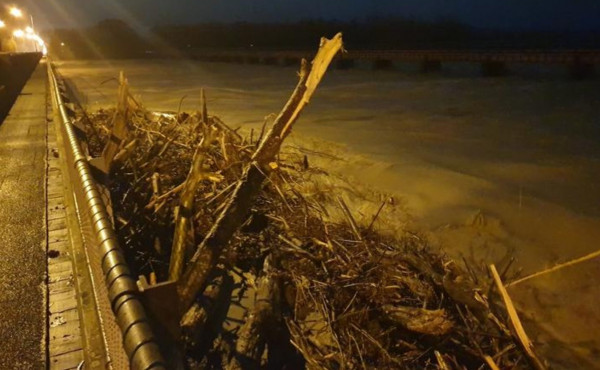 Residents in Ashburton, particularly in Allenton, Netherby, and Racecourse Road, were previously advised to prepare for evacuation in case the river stopbanks breached.

However, Ashburton District Council advised this morning that was no longer necessary, because data showed the river flow had receded considerably overnight. Those who evacuated on Sunday night were allowed to return.

Ashburton Mayor Neil Brown told Morning Report engineers were on their way to assess repairs on the bridge but he did not believe there was a short-term fix.

"There's people out there now looking at that alternative route and seeing how quickly they can get that open because if they are closed then the lower half of the South Island is effectively cut off." 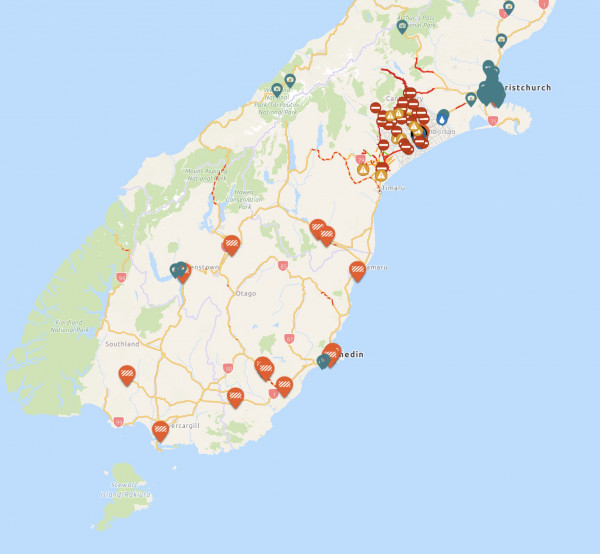 Click on the interactive map for the latest road closures.

Brown said there was a risk of that a section of the bridge would fall with weight on it, if it had not been shut.

One section has slumped four or five inches and there are cracks that would fit a hand in, he said.

"It's an old bridge but it's not due for replacement. But what we have been planning in the last 10 or so years is an alternative bridge, about 500 metres from that bridge, and we're due to build a new one in 2025 and we've been planning for that for 10-15 years.

"We might be a few years late in that planning, going by today's event.

"We have had big floods in the river before, but nowhere near as big as this flood. This is the biggest flood in that river there has ever been."

Brown said it may be out of action for at least one week, but still hoped for an alternative route to be open by tonight.

Looking back at the approach to the bridge, he said it had been completely ripped away on its southern side.

He said if the Ashburton Bridge was out of action it would be a big setback for the South Island, because of the damage that had also been done to other roads and bridges that may have been used as alternatives.

Typically, there would be 21,000 vehicles going over the bridge on a weekday, peaking at 30,000 vehicles per day on weekends, Brown said.

The bulk of the damage in the district was on roads and private farms, he said.

Along with Prime Minister Jacinda Ardern, the duo will travel in a Defence Force helicopter this morning to see the flood damage in Mid-Canterbury.