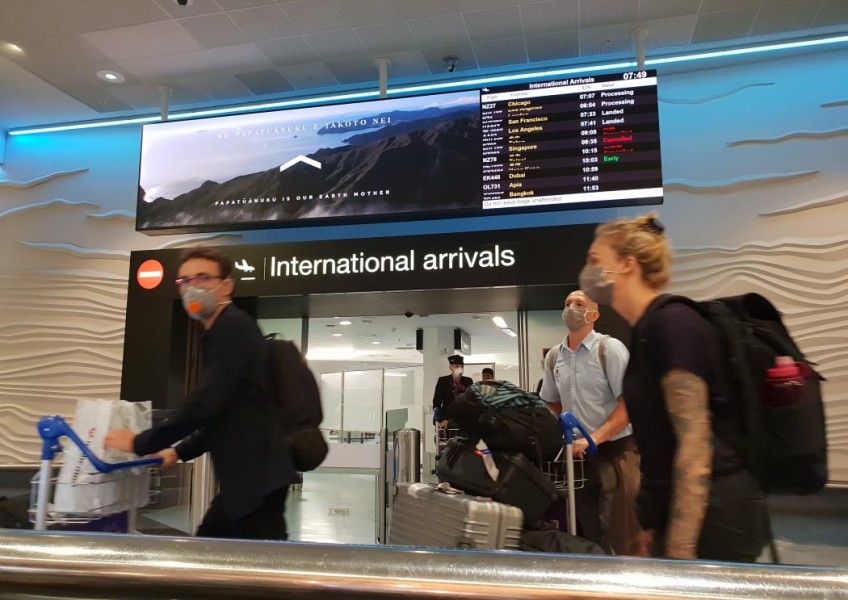 New Zealand's borders are now completely reopened to the world but any change to numbers arriving on the country's shores is expected to start as a trickle.

The last of five Covid-19 border reopening phases happened at 11.59pm on Sunday - opening the maritime border, as well as applications for tourist, visitor and student visas from anywhere in the world.

Before the pandemic, international students and cruise ships were big money makers for New Zealand.

However, those income flows that largely dried up when the borders closed in early 2020 and the two sectors have been eager to welcome people back.

Principal Steven Hargreaves is keen to build those numbers back up and would have liked to see applications opened months ago so students could start returning on Monday.

"We've got a lot of catching up to do if we want to recapture what's so important for New Zealand."

Before the pandemic international students had brought in about $5 billion a year but that figure dropped to about an estimated $1.3 billion in 2021.

Hargreaves said some schools could have their work cut out if they had all but shut down their international programmes and let staff go.

It was more than just simply saying the students could come, but needing to recruit them, finding them a place to live and then moving onto admin processes, he said.

Cruise Association chief executive Kevin O'Sullivan was excited but said his industry also had a wait on its hands.

The first cruise ship was set to arrive in Auckland on 12 August "and then there'll be something of a hiatus, then, until mid-October when the season begins in earnest", he said.

The industry would use that time to ensure it was ready, O'Sullivan said - citing there was "already some hesitation in some quarters as to how ready it will be."

He was confident the industry still had a high economic value, pointing out that in the last season before the pandemic it brought in more than $500 million.

"It's going to bring a lot to downtown Auckland, for example - restore the vibrancy that's been lacking without the cruise ships coming into downtowns."

Head of Immigration New Zealand's Reconnecting New Zealand unit Simon Sanders said the border changes were a "significant milestone" but it was hard to predict how many people will come to this country as a result.

"I think it's safe to say we're not expecting the same level of demand we saw pre-Covid. That's probably for a number of reasons," he said.

"We know that China, who's a larger visitor visa-required country, is still subject to a range of travel restrictions so we're not expecting large demand from there, at least initially."

But he urged people who were planning visits next year to wait a little before they apply.

"For students, we are encouraging those who have offers of study to put in applications immediately and we'll get those under way; and for those who may be looking to study in 2023, hold off for a couple of months so we can assure that those that need to arrive this year will be able to do so."

Immigration had recruited 230 staff to process visas, replacing people from foreign offices that closed because of the pandemic.