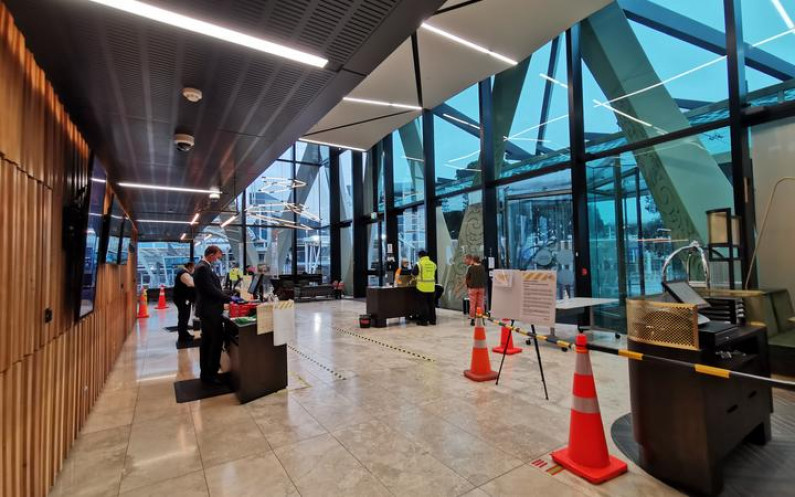 A New Zealander in isolation at the Auckland Airport Novotel says they have all been put into lockdown after being told of a new case of Covid-19 at the hotel.

That brings the total number of current cases in the country to eight, with Ministry of Health officially announcing another two new cases today.

Former RNZ reporter Alexa Cook who arrived in the country from the UK on 13 June, said they were rung on their hotel room's phone by a member of the Defence Force around 8.30pm this evening, and told to stay in their rooms until receiving further instructions.

The Defence Force did not tell her how many people had been tested today but said the new case is in one bubble.

She says around 300 people staying in the hotel are all confined to their rooms.