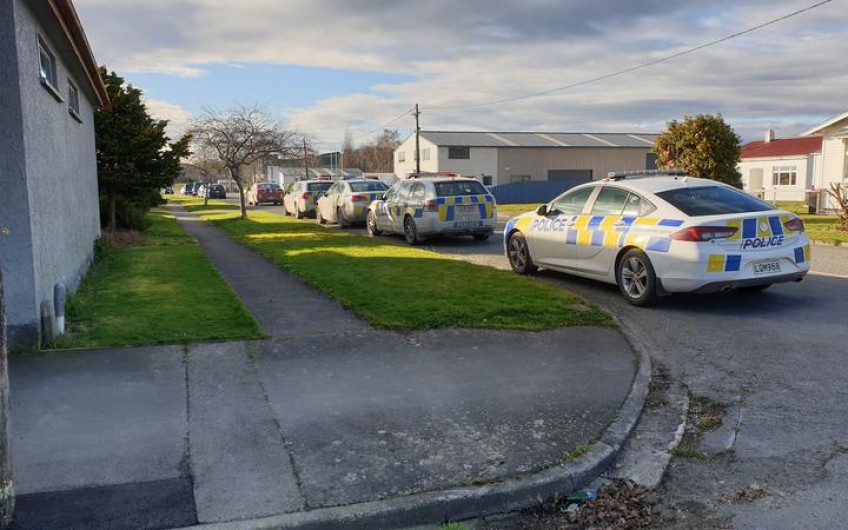 Armed offenders squad members, including a dog squad, have swarmed on a small tin-roofed, rough cast home in Surrey Street in Gore in the hunt for wanted man Hori Gemmell.

A woman sat outside the house in the company of an armed officer and other officers are moving through the property.

Police have established armed cordons on several intersections around the property.

Officers are also at a site in Crewe Street. Three police vehicles have converged on Crewe Street at the intersection with George Street.

The intersection was one of the locations of note during the initial incident about midnight on Wednesday.

Earlier, armed police poured into Invercargill Airport after a suspected sighting of a Hori Gemmell, which turned out to be a false alarm.

Police are seeking the 24-year-old in relation to the theft of a police car, and two police Glock pistols from it in Gore late on Wednesday.

Police have confirmed the pistols were stolen from the lockbox of a patrol car, which was rammed and taken after the officers left the keys in its ignition to chase Mr Gemmell on foot.

He doubled back to the car before driving off in it and using it to ram a second police vehicle.

All officers in eastern Southland and Invercargill have been ordered to carry firearms while Mr Gemmell remains at large.