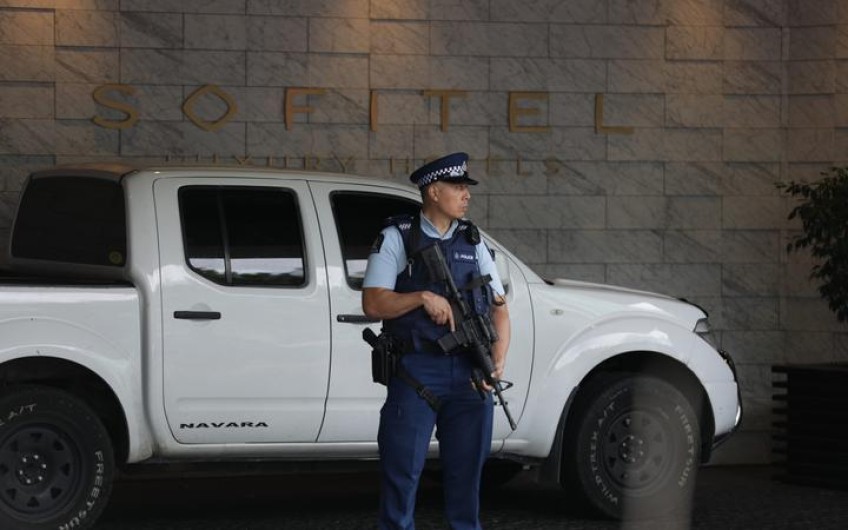 Details are emerging of a reported shooting at an Auckland hotel.

Police say they were called to an address on Viaduct Harbour Avenue shortly after 9am today.

They say there were no reported injuries. Armed police are at the scene.

A friend of a Sofitel worker says a gunman entered the lobby firing.

A man who works near the Sofitel says he witnessed a man being arrested by at least eight police officers.

And a guest who was staying at the hotel told RNZ they heard two loud bangs.

The guest was staying for two nights and said he was sitting in the hotel restaurant when he heard the bangs.

"Well, I thought it was a contractor working outside ... and then all of a sudden we were evacuated. I didn't see anything. We went out the back and the police arrived."

One witness, Thomas, saw a van full of police show up at the scene along with four or five other police cars.

"They still have some cars here as well and the ambulances have came and went.

"We didn't hear anything ... one of the security guards down here said there were shots fired in the foyer but we weren't here when that happened... They moved everyone from the hotel cafe out into the street and they weren't letting anyone go into the front of the building."

A person who said they were a hotel guest took to social media to praise staff who handled the shooting. The guest said people were shaken up by what happened, but staff had been amazing, calm and reassuring throughout the whole morning.

Police are guarding the entrance to the building.

Meanwhile, several police units have also been seen six kilometres away at an address on Kitemoana Street in Orakei.