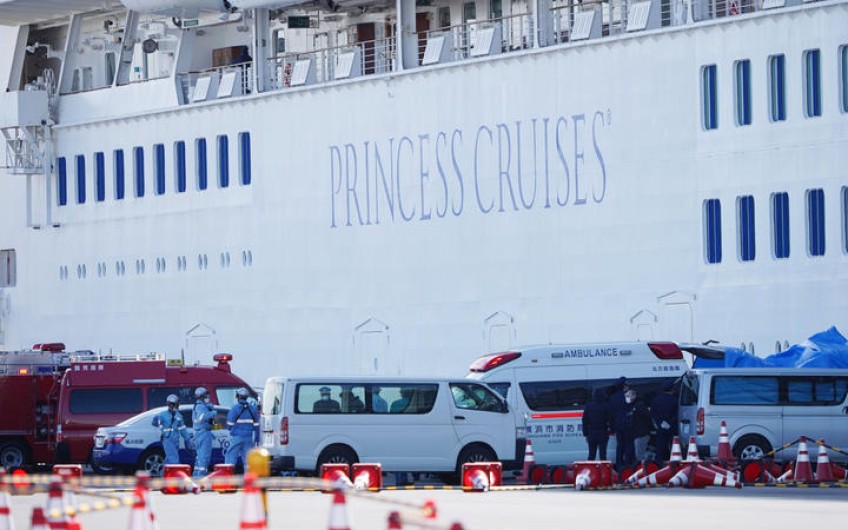 A New Zealander has tested positive for coronavirus on a cruise ship in Yokohama, Japan MFAT has confirmed

One New Zealander has tested positive for the coronavirus on board the Diamond Princess cruise ship in Yokohama, Japan.

The Ministry for Foreign Affairs and Trade said it was aware of 13 New Zealanders on board, but said only one has tested positive.

The cruise ship was delayed from leaving Japan two days ago, after health authorities requested they review the health status of all guests and crew onboard.

Princess Cruises then announced that one guest from Hong Kong, who had disembarked earlier in the trip, was in hospital with the coronavirus.

In response, the company cancelled Diamond Princess's upcoming eight-day trip and said it would refund passengers.

It later announced that the first round of testing by the Japanese Ministry of Health had resulted in 10 people testing positive for coronavirus.

"These 10 persons, who have been notified, will be taken ashore by Japanese Coast Guard watercraft and transported to local hospitals for care by shoreside Japanese medical professionals," Princess Cruises said in a statement.

"It has been confirmed that the ship will remain under quarantine in Yokohama."

The Ministry for Foreign Affairs and Trade (MFAT) has now confirmed a New Zealander was among those who had tested positive, and said it was providing consular assistance.

It said no further details would be provided for privacy reasons.

Ten more people on the quarantined cruise liner have now tested positive for coronavirus, officials said today, taking the number of infected passengers to 20 with test results on more than 170 still pending. The 10 new cases include the New Zealander, four Japanese, two Americans, two Canadians and one person from Taiwan.

Nearly 4000 passengers and crew on board the Diamond Princess have been put into mandatory quarantine for two weeks.

Three of the 10 confirmed cases on board the ship are Japanese citizens aged between 50 and 80 and none are in a serious condition.

There are 2666 guests and 1045 crew on board Diamond Princess which is moored in Yokohama.

The coronavirus epidemic, which originated in China's Hubei province, has killed hundreds of people and infected more than 20,000 so far.

The death toll in China stands at 490, the country's National Health Commission said on Wednesday.