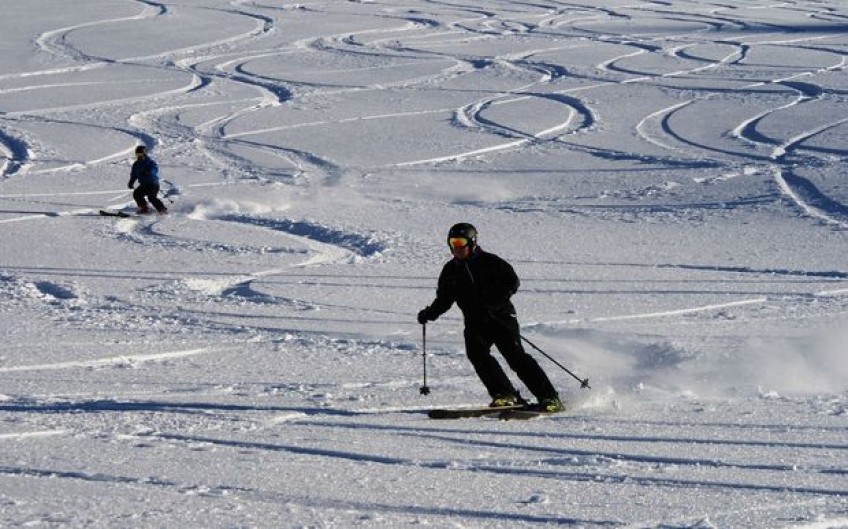 The ski season kicks off from today as Canterbury's Mt Hutt welcomes people back to the slopes under the new normal.

Ski fields are celebrating the shift to alert level 1 earlier this week, saying the past month has been a rollercoaster of preparation.

At the start of last month, ski fields weren't sure if they would even get a local season.

Then came the move to alert level 2 and frantic plans to reopen with social distancing and strict hygiene rules.

The move to alert level 1 is all the sweeter for NZ Ski chief executive Paul Anderson - who runs Coronet Peak, The Remarkables in Queenstown and Mt Hutt in Canterbury.

"Just in the nick of time for us, and it's been an absolute rollercoaster planning this. We were fully planned to open under level 2, but what level 1 means is we can open is a more normal fashion so we don't have to do things like manage physical distancing or limit the number of people we have in our indoor areas," Anderson said.

The sales of season and multi-day passes had been strong, he said.

And with 30 to 50 centimetres of snow on the trails, Anderson said Mt Hutt was primed to welcome back skiers and snowboarders.

But people feeling under the weather were being asked to steer clear until they recovered.

"If you have a cold, you will not be coming to work this year. Kiwis are great at soldiering on and carrying on through those colds and sniffles. This year, that's a big no no, and we'll also be saying that to our guests.

"If you're feeling a bit under the weather, please don't come up because you're in an environment where you may get close to other people, so that's not a cool thing to do."

They were on track to open in a couple of weeks and early sales were looking as good as last year, she said.

"Those generally are domestic visitors as well, so it's looking really strong and really positive, and we're eternally grateful for the people that have, you know, committed to buying, giving us an indication that they're coming (because) that's what's helped us plan and that's what helped us hire staff and get the resorts ready - that confidence and those sales."

"A lockdown period of five weeks and a little bit of uncertainty prior to and post Covid has left us in a position where we haven't been able to open everything. What we have done is made a decision to be open as much as possible, to open our terrain up to our customers so they can ski right from the top of the available terrain to the bottom," Dean said.

He did not plan to get rid of all of the precautions worked out for alert level 2.

"We still have a number of ... what the prime minister terms the commandments. In terms of what we're going to commit to and ensure that we follow through with we want people to be washing their hands regularly, you know taking breaks but being conscious and mindful of others while being on the ski area."

A good season for Kiwis

Legnavsky said it was a great year to get onto the slopes.

"If people can come on down we promise it's going to be some of the best skiing that we'll experience in New Zealand based on the fact that it will be reasonably quiet and there will be heaps of room and it will be really fun just celebrating that with Kiwis."

Ski fields are counting on strong numbers hitting the slopes this July school holidays to help them weather the quieter season.