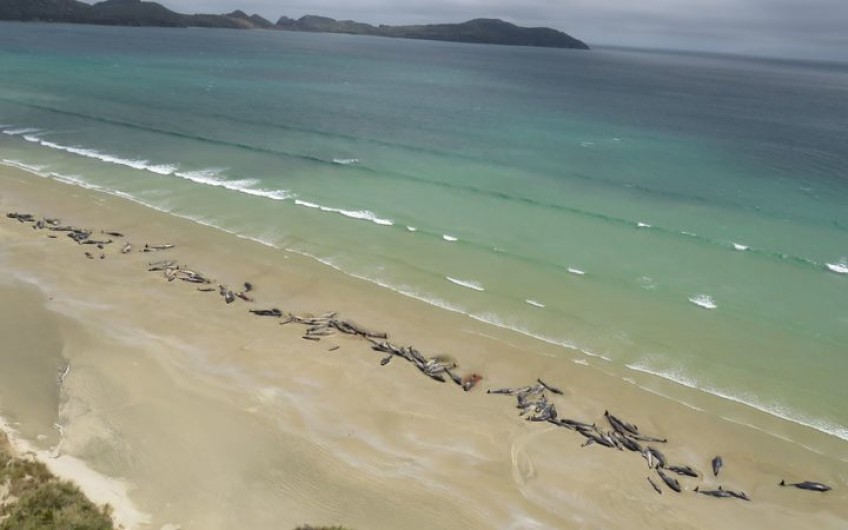 Up to 145 pilot whales have stranded and died on a remote beach on Stewart Island over the weekend.

The Department of Conservation was notified on Saturday night after two pods stranded at the southern end of Mason Bay, about 2km apart.

DOC Rakiura operations manager Ren Leppens said half of the whales had already died by the time they were found.

The rest of the whales were euthanised due to their deteriorating condition and the remote, difficult access to the location.

"Sadly, the likelihood of being able to successfully re-float the remaining whales was extremely low," he said.

"However, it's always a heart-breaking decision to make."

DOC has notified local Ngāi Tahu iwi and is working together on next steps.

There were a number of strandings on New Zealand shores over the weekend, however DOC said these events were unlikely to be related.

On Sunday, 10 pygmy killer whales also stranded at Ninety Mile Beach. Two have since died and re-float attempts will be made tomorrow.

A sperm tohorā also beached in Doubtful Bay on Karikari Peninsula in Northland.

The 15m male whale, which is thought to have beached about 3pm on Friday, died overnight on Saturday.

A dead female pygmy sperm whale also washed up at Ohiwa over the weekend.