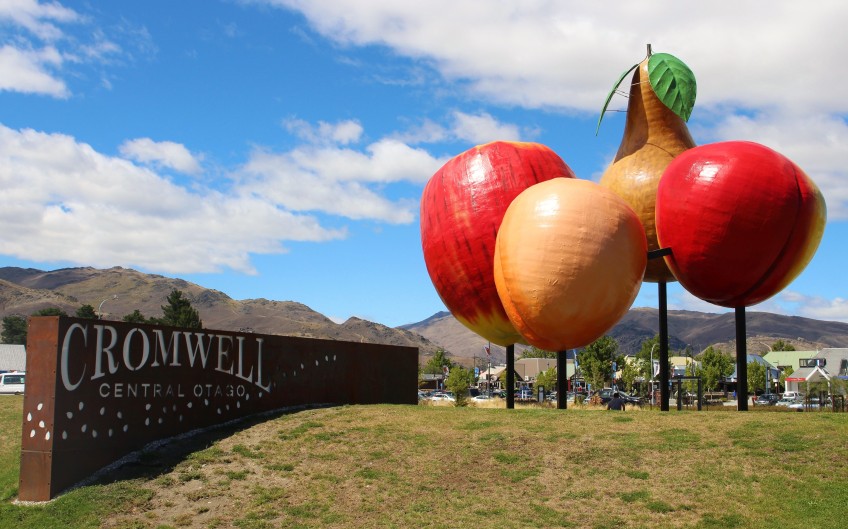 Straight outta Crommers: 5 cool things you may not know about Cromwell

What's the deal with the Big Fruit?

Taihape has its gumboot, Ohakune, a carrot, and Rakaia, a trout. Cromwell’s addition to the Kiwi encyclopedia of oversized roadside items: The Big Fruit - 1.7 tonne of apple, pear, nectarine and apricot. Central Otago’s deputy mayor Neil Gillespie quipped “New York may be nicknamed the ‘big apple’ but Cromwell has the real thing”. Erected in 1989 in an attempt to draw passing visitors into the town, the giant fruit salad’s a bit behind the times today. Missing from the mix are grapes and cherries - small fruit that are now both a very big deal for local growers. 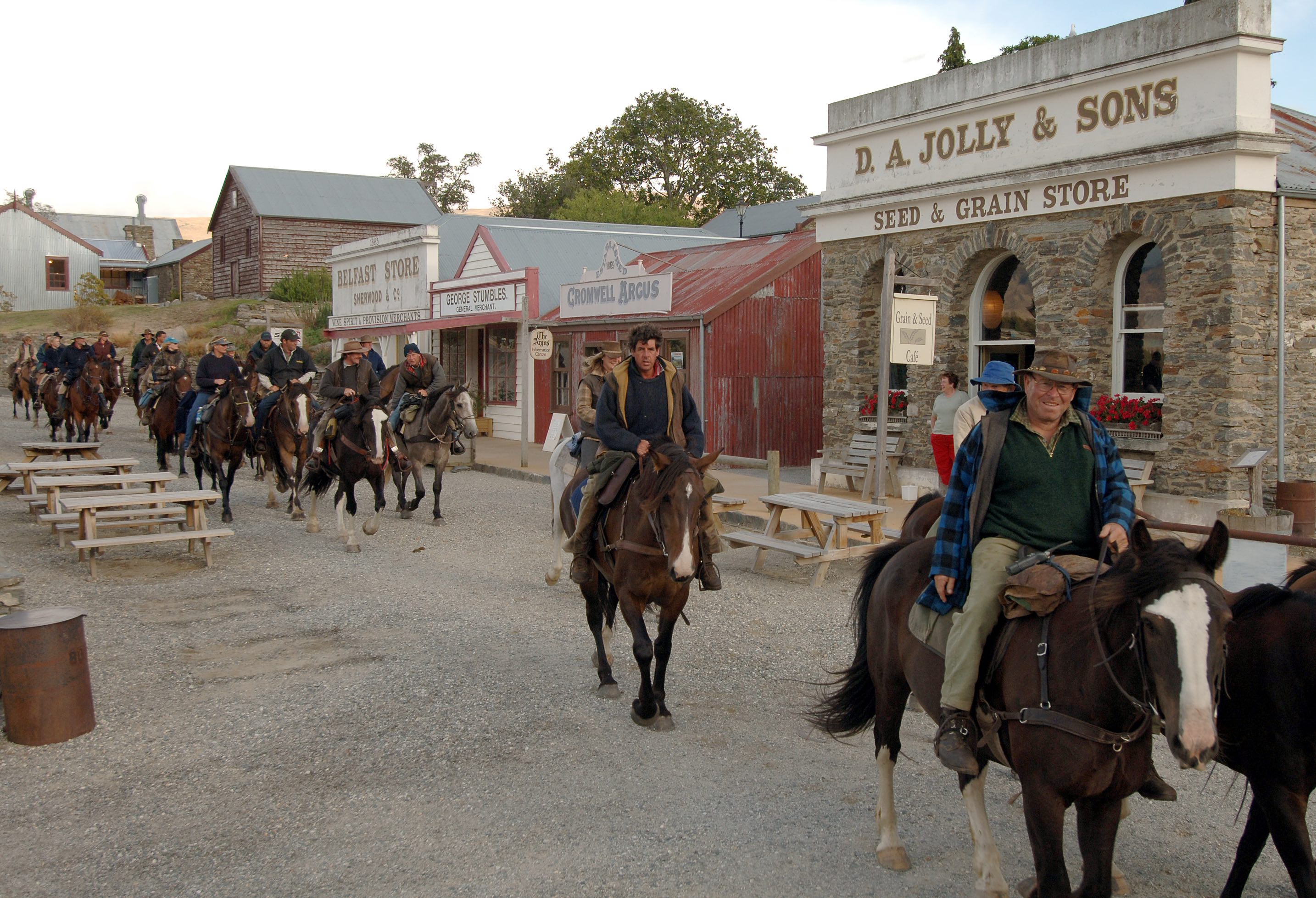 When the Clyde dam was finished in the early 1990s, Cromwell’s main drag was flooded by the rising waters of Lake Dunstan. Keen locals painstakingly dismantled some of the town’s heritage buildings, dating back to the gold rush of the 1860s, rebuilding them in their present location, on higher ground in the Cromwell Heritage Precinct. Two structures were left in place, however - the old road bridges at Cromwell and Lowburn sit submerged beneath the murky depths of the lake. And, parked up on the sunken bridge out at Lowburn, a car, left in the centre span as if someone was caught out on a Sunday drive.

Spitting may gross some people out, but in Cromwell an annual competition rewards those who do it best. Every January, a crowd flocks to the Cromwell Historic Precinct for the town’s annual Cherry Festival. Headline event: The national cherry stone-spitting competition. Top spitters over the years have managed to send their stones soaring further than ten metres - not quite as far as Guinness World Record holder Brian “Young Gun” Krause, of the US, who spat a stone a whopping 28.51 meters at contest in 2004. Too polite to spit? A count-the-cherries competition, a cherry pie bake-off and a cherry pie-eating contest are also all part of the festival.

Cromwell lies almost exactly between the equator and the south pole

Just north of town is the 45th parallel, that magical line that marks the halfway point between the equator and the South Pole. It’s northern counterpart runs through some of the best vineyards in the Northern Hemisphere. So, it’s no surprise that down-under it runs smack-dab through some pretty stellar wine-producing land too. Take the heart-pumping 45th Parallel Loop Track that rewards keen walkers with fabulous panoramic views of Cromwell, Lake Dunstan and the mountain ranges hemming them in, or for rewards of a completely different kind opt instead for the Four Barrels Walking Wine Tour, which wanders its way past four of the town’s premium wine tasting rooms.

Bring your bike, Cromwell’s set to get a lot more connected by two wheels. Construction of a cycle trail is underway that will follow the edge of Lake Dustan, linking the town with Clyde and the start of the renowned Otago Central Rail Trail. Travelling on the opposite shore to the State Highway, the trail will open up backcountry previously hard to get to, with relics of gold miners huts among the treasures tucked away among the thyme and tussock. And, the new trail will grow to allow people to reach Wanaka and Queenstown by pedal power.