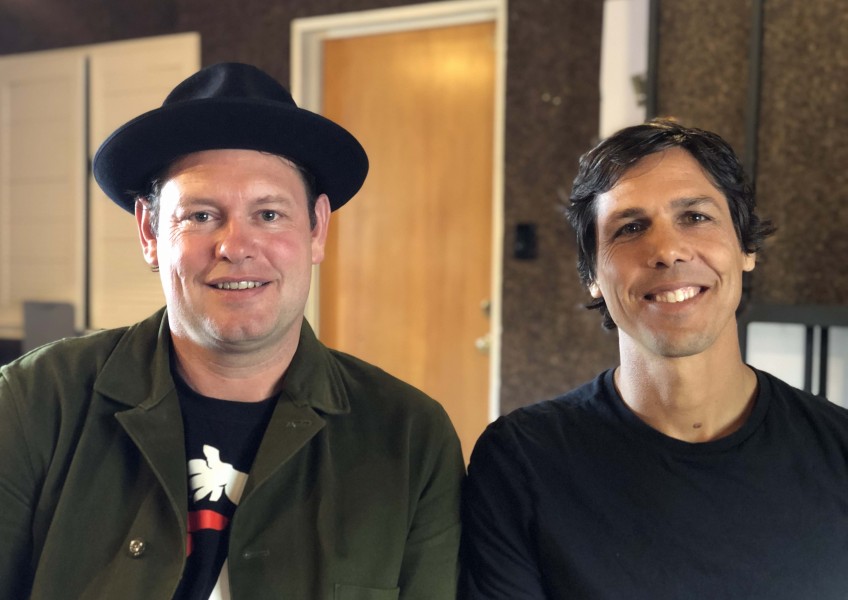 Today could mark the beginning of a brand new kind of housing development, as a project linking native reforestation with development gets the go ahead at Arthur's Point near Queenstown.

Treespace, the brainchild of two Queenstown entrepreneurs, will become the first of its kind in New Zealand. It will consist of 55 house sections, the sale of which will support the planting of over 140,000 native beech trees.

Sam Chapman and Adam Smith are both a part of the Treespace project team (as well being key players in the Sherwood Hotel), and Chapman says it was overwhelming how much positive support they have had. 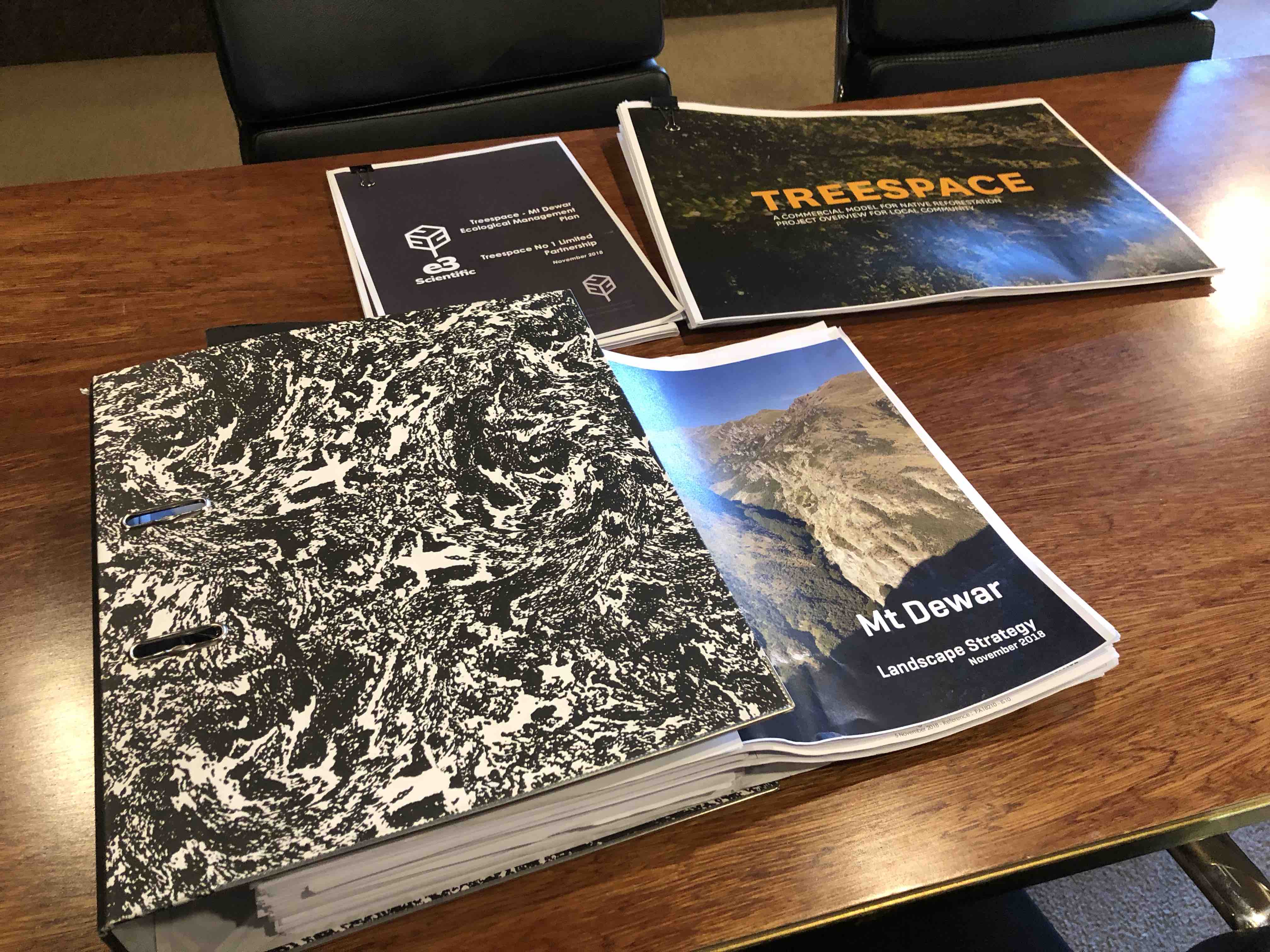 The project involved thousands of pages of resource consent material

“We’re stoked. It’s pretty humbling to be honest and so great that the council has decided to take long-term, affirmative action.”

Chapman and Smith were key figures in purchasing the Mount Dewar property, which is 10 minutes outside Queenstown, for $12 million in 2017. They have been busy planting seedlings this year while waiting for the results of the crucial resource consent hearings.

Alongside regeneration, affordability (at least by Queenstown’s standards) is a priority for the development. Chapman says their aim is to get a section out for around $350,000, with the small pieces of land making this possible It is planned to offer a 10 year lease to buy plan in order to make it easier for people to cover the land purchase price.

“43 out of the 55 buildings are small-footprint cabins on a 100m2 site. We’re also looking at other mechanisms like lease-to-own, which means over 10 years people can invest in building a house, without the mortgage that changes the decisions they make around how they can live.”

The goal is to keep the footprint of each section as small as possible, and Chapman says that means there’ll be quite a few design controls in place.

“Those will include maximum heights, glazing allowances to make sure light spill is reduced and managed, and making sure natural, recessive materials and colours are used.”

Chapman says the priority now is getting hundreds of thousands of trees growing. “Last weekend we put down 40,000 seeds ready for germination, so between now and Christmas we need to get the basis of a nursery established onsite.”

“We need to run to meet nature’s deadlines. Having those trees ready, that creates permission for everything else to happen. 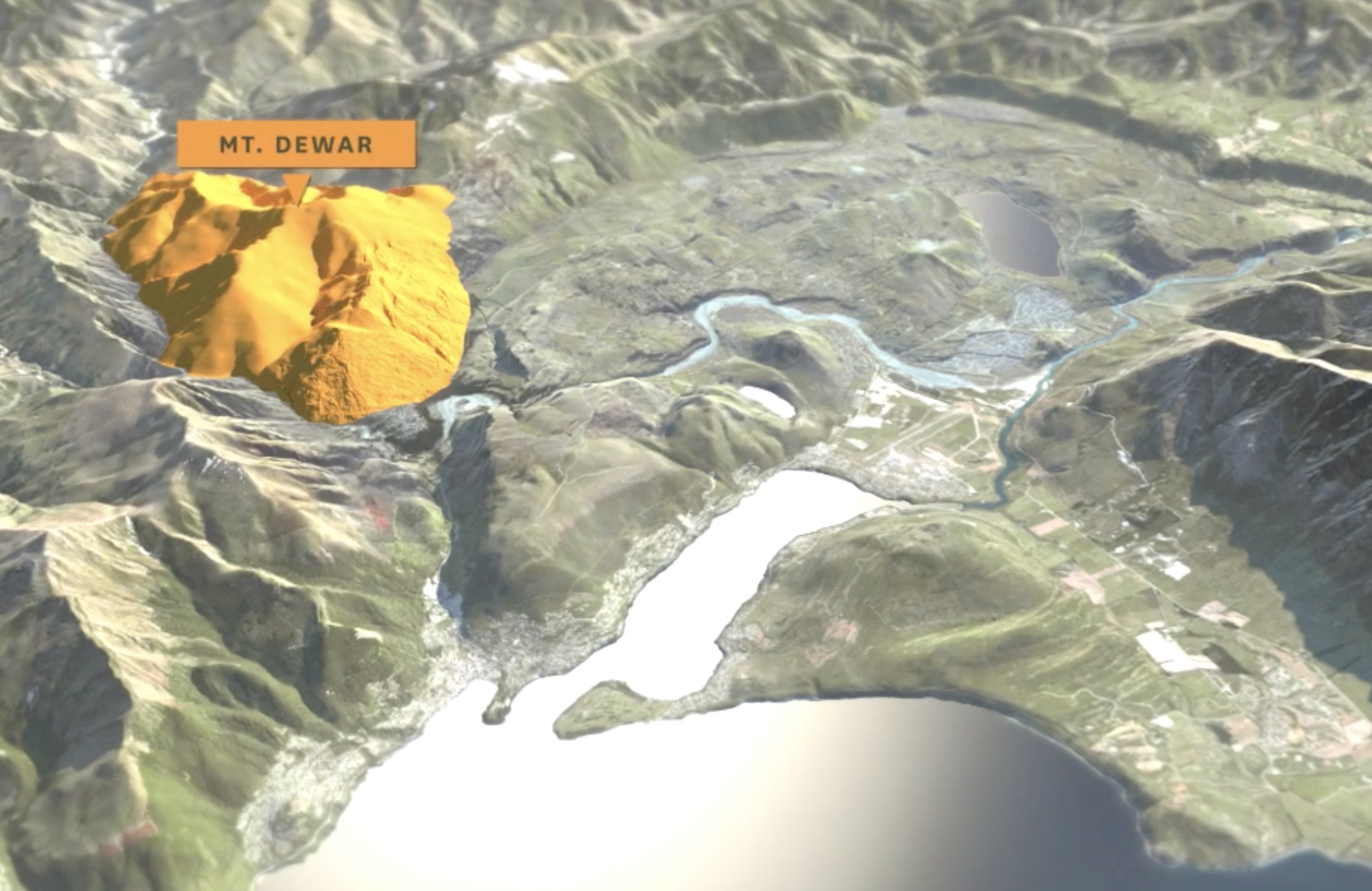 Chapman says he hasn’t heard of a project like this happening anywhere else in the world, but judging by the local support, people are in favour of their house deposit going towards reforestation.

He says while he doesn’t think there’s just one answer, Treespace is certainly showing that there are other ways of approaching things.

“From us it’s just a big thank you to everyone that’s supported it. Now we just do our damnedest to honour everyone’s trust in us.”