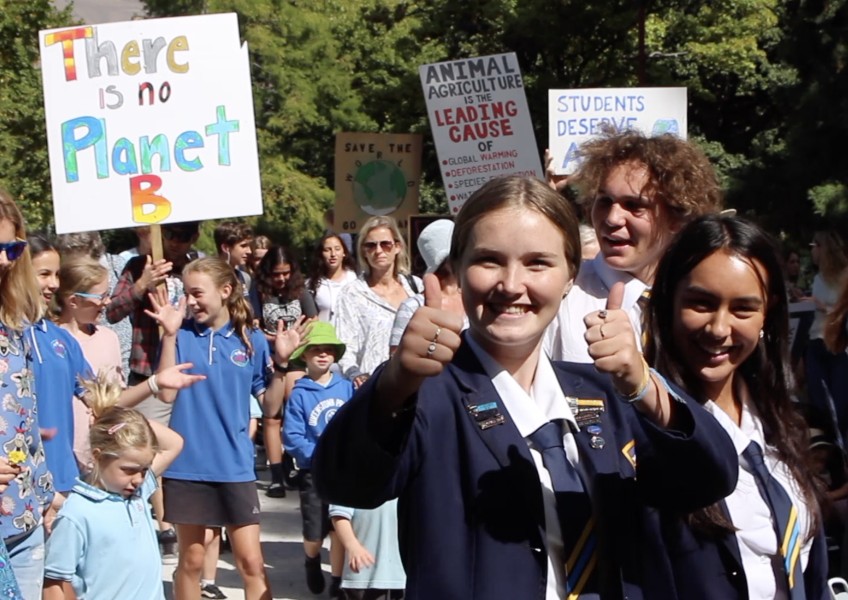 My intention behind this video was purely to document our local experience of the worldwide student-led climate strike; capturing both positive and negative views on it, as well as the community’s genuine, raw reactions and feelings towards the movement, all in the perspective of a local student.

Introducing the purpose and significance of the strike itself as well as its origins in the beginning of the video, I hoped to raise awareness about the importance of the strike started by Greta Thunberg, while also discussing her motivations.

Queenstown has a close-knit community. I think it’s safe to say that we all kind of expected a participatory group primarily consisting of just high school students, but we were pleasantly surprised to find that quite a number of parents, locals and even primary school kids came and joined us. The turn-out was pretty impressive. Hence, I certainly felt our voices were heard and acknowledged. Parading through the streets and pier, hearing the applause and cheers from complete strangers was heart-warming. The support was refreshing, especially after a negative interaction with a member of the public halfway through the march.

We hope that by seeing the youth having their voices and presence proudly represented on screen, students at our school will feel more encouraged to keep raising the issue and demanding change. After all, climate change is not going to stop if we keep going at the rate we are right now.

Sarah's documentary - check out the credits at the end of the video for everyone who took part.

Watch: Crux coverage of the student marches in Queenstown and Wanaka on March 15th.