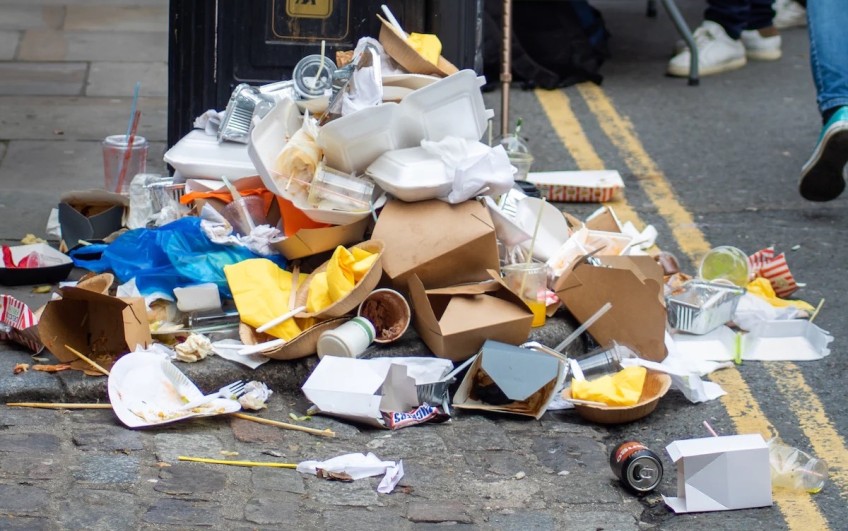 Wao: The lost art of feeding ourselves

Food resilience and food systems sustainability is a key theme at the fifth annual Wao summit which kicks off next week. Now, Georgia Merton from Wao dives deeper into the issue.

If you ask food scientist Julia Blackford, we’d be pretty stuffed here in the Queenstown Lakes District if our food supply chains were cut off today. “We’ve totally lost the individual responsibility and ability to feed ourselves, and that’s happened in a really short space of time,” says Julia, who specialises in food resilience and food systems sustainability. 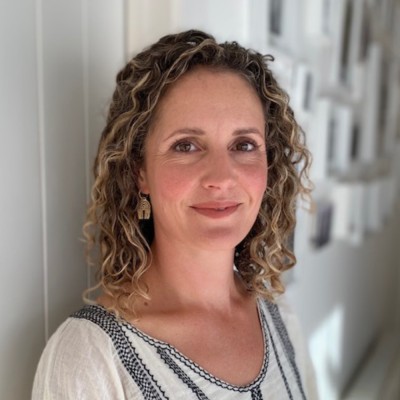 Julia Blackford: 'We’ve totally lost the individual responsibility and ability to feed ourselves, and that’s happened in a really short space of time'.

She explains that food resilience is basically our ability to be self-reliant. “It’s the ability to continue to feed ourselves in the face of disruptive shocks or chronic stresses that our system might face. That’s it in a nutshell,” she says. An acute disruptive shock may be a natural disaster, or, to use a real-time example, a war like the one raging in Ukraine, which supplies much of the world’s grains and seed oils.

It could also be a climate change-induced weather event, like flooding through the few countries which grow the global rice supply. “We all rely on monocultures for our foods, too,” Julia says, “So another shock could be a pest that totally wipes out that one type of banana everyone is growing.” Chronic stresses, meanwhile, include the long-term shifts we’re going to encounter as our food systems are forced into change. But we’ll come back to that one.

At the moment, we’re about as self-reliant as a 21st century urbanite stranded in the jungle, which makes us sitting ducks for disruption. We couldn’t feed ourselves for long and this, Julia explains, puts us in a wildly different position to almost all of our ancestors. “If you take a snapshot of humans over our evolutionary history, we started as hunter-gatherers, and then came the agricultural revolution,” Julia explains. “The individual or a very small community was always in charge of their own food.”

That meant hunting it, growing it, preserving it and cooking it, and according to Julia, we’ve done largely a version of that for our whole history, until about 200 years ago. Enter the industrial revolution, and things changed fast. Those changes have only gathered speed, too, bringing us hurtling to where we are now. “Even 75 years ago in Queenstown, we would have been able to source most of our food within a 50 kilometre radius,” says Julia, who has worked in food tech for 20 years, and the sustainability space within that for the last ten.

“All of a sudden in our infinite wisdom, we’ve gone, ‘Hey, we can grow a whole heap of one thing and sell it, and buy in everything else, and make more money that way,” says Julia. Now, as far as food resilience goes, she says we’re at the worst possible point. We get our canned peaches from South Africa, our frozen strawberries from Poland, our bread from factories at the other end of the country. And while that has made sense economically, it’s created a really dangerous and non-resilient system for ourselves. We have, as Julia says, backed ourselves into a corner.

A massive part of the vulnerability of our food system, she explains, is the fact that it’s completely unsustainable. “The way that we produce food now - heavily transported and globalised, using industrial agriculture, monocultures where one farm grows thousands of tonnes of one thing - is not sustainable for multiple reasons.” 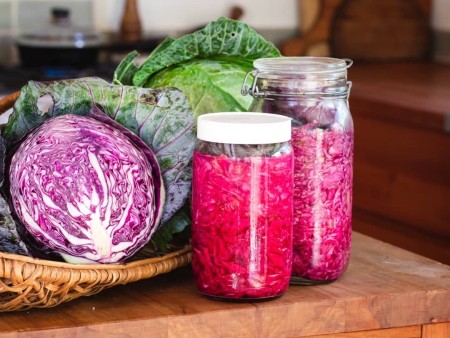 The amount of food produced and not used 'would have our great-great-great grandmothers, who probably knew how to cook, pickle, ferment, or cure just about anything, rolling in their graves' (Image: Facebook/Nicola Galloway Homegrown Kitchen).

To start with, whilst this modus operandi may have appeared clever economically, this economy is a false one. “It’s propped up by fossil fuels,” Julia says, “We don’t really consider the energy or the true cost of that.” That is, if we had to pay, for say, the carbon miles in a bag of frozen strawberries from Poland, the books might not balance quite so well. And then there’s the supply of energy itself. “In our world at the moment it takes 15kj of energy to make 1kJ of food,” Julia says. For those not well-versed in the details of energy consumption, that’s pretty inefficient, and it’s not going to happen forever. “Plus,” Julia adds, “We have to reduce our fossil fuel consumption.”

So it simply can’t last, and Julia thinks it’s these sustained changes to this food system - the chronic stresses - which are going to affect us most. We can’t continue to farm the way we have in recent years, so the way we eat is going to have to change.

To actually challenge our impossible food system, we first have to debunk the overpopulation myth. That is, the idea that with so many people on the planet, how else are we going to feed everyone but the way we currently do? The thing is, our current system is neither efficient nor fair. As Jack Harries from Earthwise Studio puts it, it’s not how many people live on the planet, it’s how we live.

There is currently a massively inequitable spread of food and resources and, as Julia points out, a whole lot of waste. “We’ve got this revolting system where over a third of the food we produce is wasted. It’s mindlessly wasted,” she says. It would have our great-great-great grandmothers, who probably knew how to cook, pickle, ferment, or cure just about anything, rolling in their graves. “It’s not a matter of production or supply, it’s a matter of distribution,” Julia says. “We can feed the people on our planet, our diet just might not look like what we’re used to.”

The issue of fragile food resilience is facing communities all over the world, not just the Southern Lakes, and events like the war in Ukraine pose a nasty wake-up call. “People are starting to wake up,” Julia says, “And it’s a big focus for communities all around the world.”

So do we just need to go back to the good ol’ days?

The age old question: ancient wisdom or modern science? Julia thinks it will take a hybrid of both: bringing our food systems back to a community base, whilst drawing from what we’ve learned about renewable energy systems.Taking from the old, and building on it. “We can’t continue to transport our food across the world. We’ve forgotten how to produce it, so in one way it’s remembering, how did we do that?” Julia says. “And then getting a hand up from things like clean energy, precision fermentation and vertical farming.” 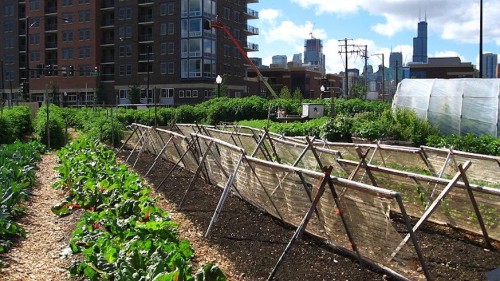 Globally, cities are taking measures to improve their resilience by growing more food and diversifying the local food supply, making healthier food more affordable in the process. Quito, in Ecuador, for example, has transformed its food system by creating a whole lot of new urban farms (making a total of over 1,500), providing urban farming support, and supplying produce from these farms to the city’s most vulnerable neighbourhoods.

Julia, who is also involved in the development of plant based foods, has a pretty clear vision of what our food will look like in the future. It starts with significantly less meat. “It might be from a different source, but meat will be a treat, let’s put it that way,” she says. “There’ll be a lot more fruit and vegetables that we have probably stopped eating. Our food will be much more seasonal, local and thoughtful.” By thoughtful, she means apples won’t rot on trees. We’ll learn how to make vinegar and cider, she explains, with more time and effort into preserving. “We’ll move away from the mindset of just going to the shop and buying what we need.”

And what does a global food system look like in this future? While she says this view might get people angry, Julia thinks the global food system will be a thing of the past in 100 years. “Apart from luxury goods. I don’t see how with our changing planet and changing pressures, there can be one,” she says. “I think there’s a well-managed transition from here to that point, though.”

Building resilience from the roots up.

As with so much of the climate action movement, the challenge lies in making changes of the magnitude we need, in the rapidly dwindling amount of time we have. As Julia says, you can’t just ban food from coming into New Zealand. “The problem is it’s very hard to change the system, because it’s a product of our wider system which is very GDP and growth focussed,” she says. “I don’t think the government coming in over the top is going to be very effective and they’re not going to do it anyway.”

Nope, the change has to be community led. “A lot of it will come from public realisation of the issue, and people actually understanding what’s going on,” Julia says. Unfortunately, she thinks it’ll be a disruptive shock which will eventually serve as our reality check - though, if places like Quito can be an example, perhaps not. “In the meantime, communities and people on the ground can realise, and start to prepare,” she says. 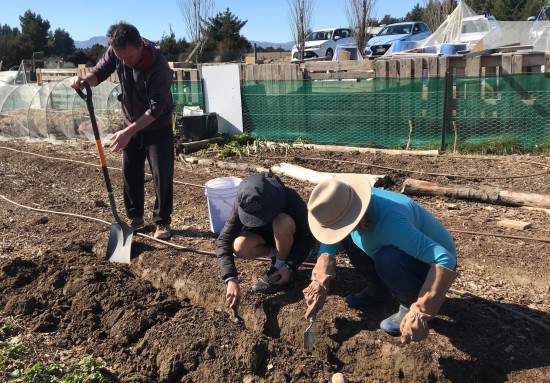 Digging in at Grow Wānaka, a community garden with working bees, workshops and plenty of fresh vegetables.

A really important part of this movement, she explains, is learning or re-learning indigenous knowledge. “If you look at any traditional society in any culture, including Māori in New Zealand, they learnt to live in balance with their environment. They learnt to feed themselves in a sustainable way because they had to,” Julia says.

“The most important thing is that we cannot lose that learning and we all need to re-learn what they understood. Their methods of foraging, harvesting and the way they fed themselves was one that did not destroy their environment.” This is something Julia will be exploring in more depth with Ailsa Cane, one of the speakers in the Wao Summit Food For Thought: Creating Resilient Food Systems conversation.

A more resilient food system starts with communities, and that starts with motivated individuals, ready to get their hands in the ground. “From a personal level, people can reconnect themselves with their food, understand where it comes from,” Julia says. “Grow some of it if you can. Get involved with community gardens. Any connection that you can have with food is a good one.”

She points out that locally, there is a massive amount of stuff starting to happen. In the Lakes District, The Wao team are working on a project to scope out exactly where we are, food-resilience wise, as well as forming a network of food resilience projects across the region. One such is Grow Wānaka, a community garden with working bees, workshops and plenty of fresh vegetables.

As Julia says, it’s the individuals on the ground who are actually the most effective at driving change, because they care. And whilst in a more resilient future, we may not be eating Swiss cheese with Japanese tofu and coffee from Ethiopia, we might quite like what we can grow here on home soil. Julia’s message is clear: the power to change is at the roots. “People can do pretty amazing things when they rally their communities together.”

For a deeper dive into the topic of food systems and sustainability, head along to the Food For Thought panel on October 25 and 28 in both Wānaka and Queenstown, with Julia and speakers Jason Bradford, Jade Gray and Ailsa Cain.