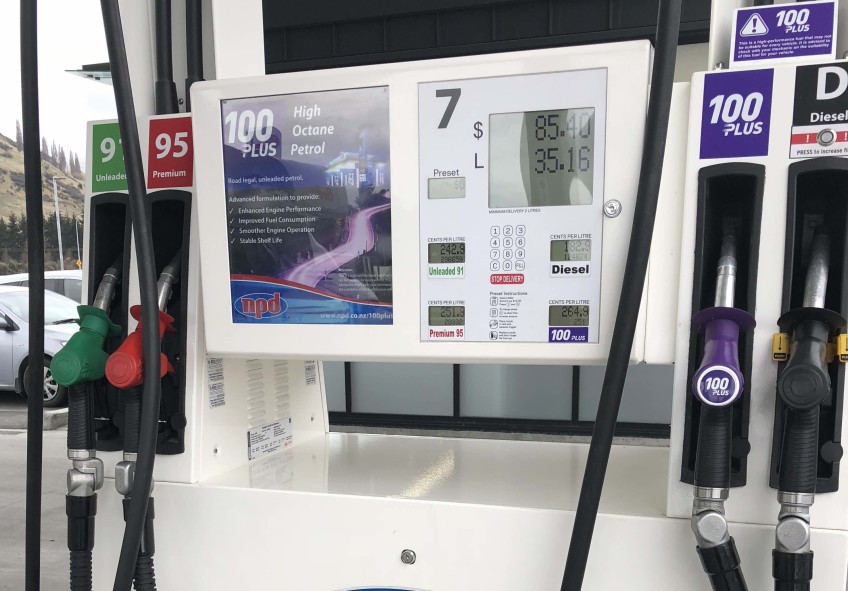 A few weeks ago Crux asked the Commerce Commission to look at our astronomical southern petrol prices. We also wanted to know why local petrol retailers were being allowed to group together in order to keep prices uncompetitive.

The response from the Commission was slow and ineffective. We don't believe anything serious will happen until the Government strengthens the Commission's powers - a process that is already underway.

But the biggest problem may actually be us. We might whinge and whine a bit, but the game continues and we may be the suckers in spite of talk of market prices and global circumstances beyond the control of the oil companies. There's no expectation that this protest is going to have an instant effect on the oil companies, and of course they would never admit that anyway, but what it will do is show the Government and the oil companies that we are sensitive to the price of petrol and we need some credible answers as to why we are being asked to pay so much. There are forecasts of fuel hitting $2.70 or even $3.00 before the end of the year.

The price of 91 octane fuel in Australia is around $A1.45 - and they have plenty of Government tax on their petrol just like we do. Not as much tax, but still a decent percentage of each litre goes to the Australian treasurer.

So, let's join the national protest on October 26 and 27th - it just means filling up a couple of days early and then having the satisfaction of hopefully seeing empty petrol stations on those two days.

Crux will carry full coverage on the protest and that will be shared nationally. Let's show the rest of the country that we are as mad as hell and we are not going to take it anymore!