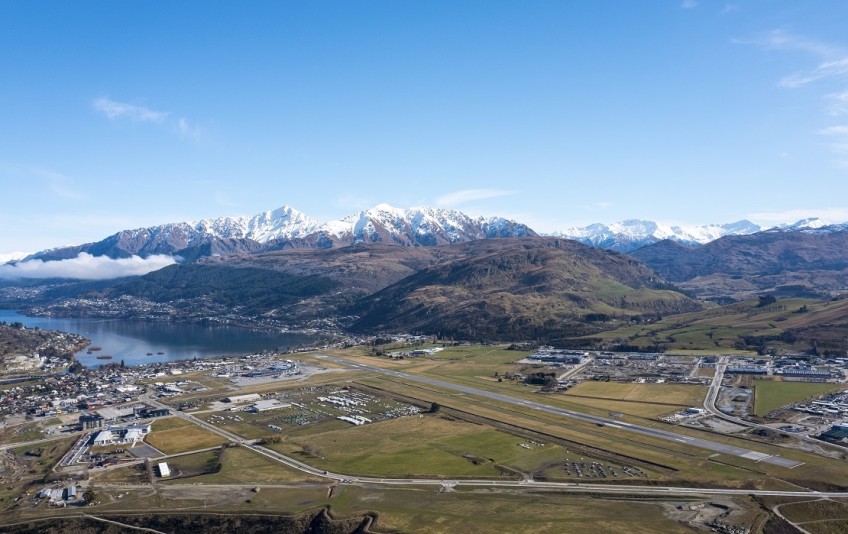 The latest annual report from the Queenstown Airport Corporation uses the word "sustainable" a lot, but there's no mention of the current explosive growth slowing down. Frankton residents met last week to learn more about planned airport expansion, but most were clearly opposed to a large increase in aircraft numbers.

In fact the numbers in the annual report are all good news - from a business perspective.

The annual report does acknowledge the current community consultations over noise and expansion, plus the importance of Wanaka for future growth, but there's little sign of the airport corporation preparing it's two shareholders for any future reduction in the growth rate.

The airport is owned 75% by the Queenstown Lakes District Council and 25% by Auckland International Airport. The airport company has paid a dividend of $7.2 million to these two shareholders ... $5.4 million going to QLDC, which equates to $215 per rateable property.

A Crux audience survey recently found that 84% of respondents were opposed to further expansion of the airport.

A decision on growth will ultimately rest with the QLDC based on applications from the airport for changes in the district plan around noise boundaries and nearby land use. Local schools are currently figuring out if additional aircraft noise will be a problem for them.

The airport's own forecasting model expects an eventual need to handle over 5 million passengers each year, a number that may require around one flight every four minutes.

The airport's own survey on community feedback closed at 5.00 pm on Monday (August 20th), but there's been no indication yet as to when the results from this survey will be released.

Destination Queenstown boss Graham Budd has made it clear to Crux that future airport growth needs the support of the community.